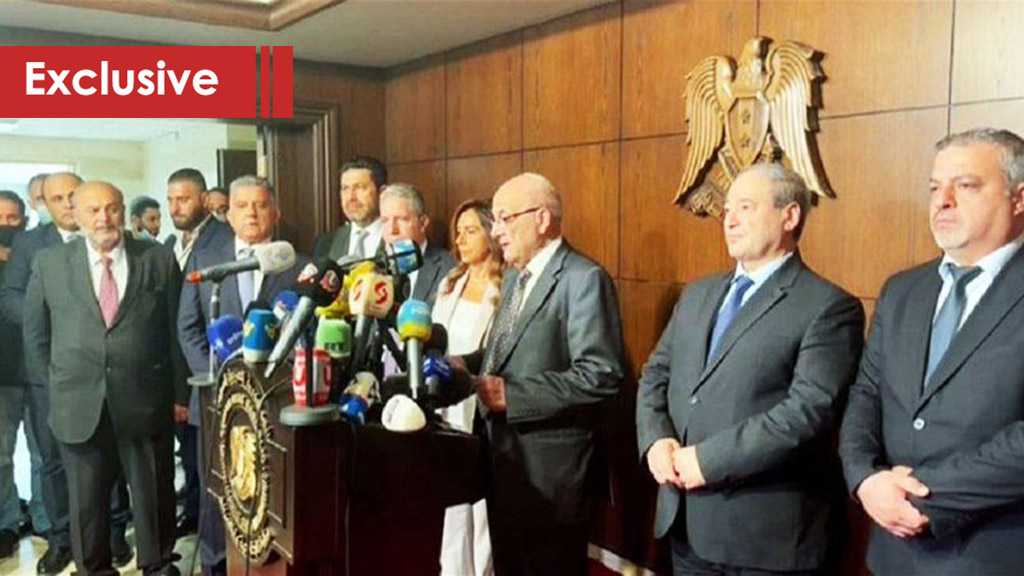 The Secretary-General of the Syrian-Lebanese Higher Council [SLHC] Nasri Khoury underscored the importance of Syria’s response to the Lebanese request to bring in Egyptian gas and Jordanian electricity through its territory. The response highlights the eagerness of the Syrian state to build close relations with neighboring Lebanon. In doing so, it rises above the many abuses committed against it by some Lebanese forces and parties. This is based on its belief in joint action, which is beneficial to all.

In an exclusive interview with al-Ahed News, Khoury expressed his hope that the Lebanese have realized that it is in the interest of their country to coordinate and consult with the Syrian state, at least from an economic standpoint. This provides great benefit to both countries, especially Lebanon that suffers from great economic and financial distress amid deep political divisions.

According to Khoury, Syria continually rises above the wounds and fires unleashed upon it by some Lebanese factions. It focuses on the importance of openness and the positive results that this openness has on both sides.

He also indicated that Syria's production capabilities are widely available, which serves as a major asset to Lebanon. Syria also needs Lebanon’s many capabilities, as well as strong ties with Jordan and Egypt, which will lead to overcoming crises imposed by unjust decisions, such as the US blockade on Syria that had negative effects on Lebanon, Jordan, and Iraq.

Khoury drew attention to the role played by the SLHC in arranging a visit to Damascus by a high-ranking Lebanese delegation and the accompanying silent effort to reach positive conclusions. This happened more than ten years after the Lebanese government prevented its delegations from consulting and coordinating with Damascus.

Agreement to maintain lines of communication and networks

According to the Secretary-General of the SLHC, Syria always acts according to the logic of a state that knows its interests and preserves the interests of others. Therefore, it is not surprising that it took the initiative to agree to the request of the Lebanese side to bring Egyptian gas to Lebanon through its territory, and in doing so it complies with all that is required of it in this context.

Meanwhile, others still have to abide by their duties within the framework of activating the agreement to get Egyptian gas to Lebanon through Syria and Jordan, which was signed in 2009 and applied for two years before Egypt stopped pumping gas.

Khoury explained to Al-Ahed that the Syrian side, represented by Oil Minister Bassam Tohme, had discussed with the Lebanese side, represented by Energy Minister Raymond Ghajar, all technical issues related to the maintenance of networks and power transmission lines that extend over long distances inside the Syrian and Lebanese territories, especially since some of them have been subjected to systematic sabotage by terrorist groups located in southern Syria.

He expressed his hope that the agreement to get Egyptian gas and Jordanian electricity to Lebanon through Syrian territory will be reactivated again, and that it will be a prelude to signing new agreements between Lebanon and Syria that take into account the broader interests of the two countries and the entire region.