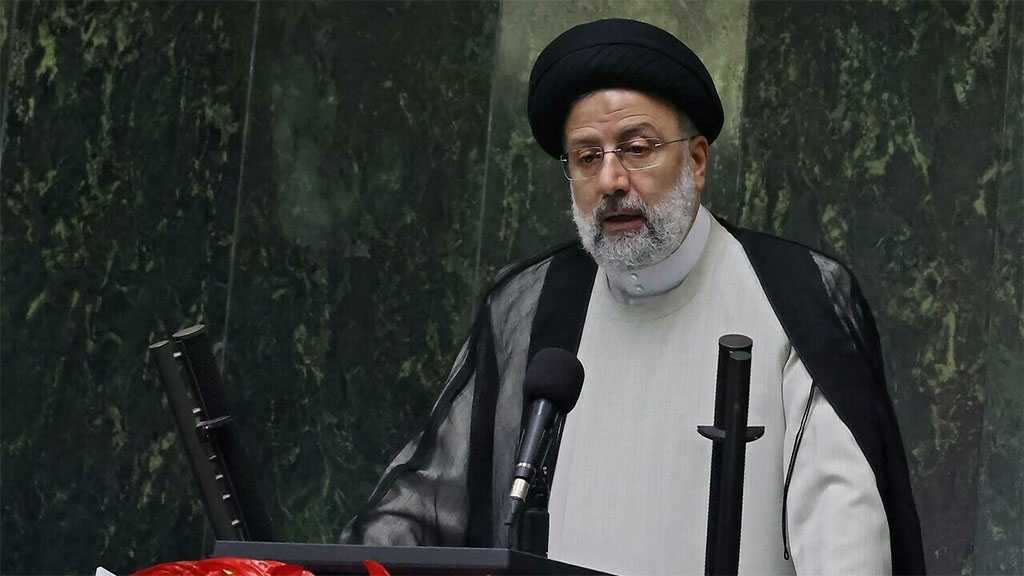 Iranian President Sayyed Ebrahim Raisi vowed that his administration will resolutely pursue the removal of the United States’ oppressive sanctions, but not condition the growth of the national economy to the elimination of the bans.

“We will vigorously seek elimination of the sanctions,” Raisi said at the end of a parliamentary session held to qualify his proposed ministers on Wednesday.

The government views Iran’s “esteem, good, and expediency” as well as the nation’s rightful entitlements and interests as issues that are pivotal to its endeavors.

However, “it will not tie people’s livelihoods to such issues [as removal of the coercive measures],” Raisi added.

The US re-imposed the sanctions in 2018 after leaving a historic nuclear accord between Iran and other countries.

The Iranian president hailed Leader of the Islamic Revolution His Eminence Imam Sayyed Ali Khamenei’s doctrine of “Resistive Economy” that has been devised to remedy the country’s economic woes in the face of the American economic terrorism.

However, he regretted that the doctrine had not been adhered to properly, saying it would otherwise definitely resolve the standing predicaments.

“The way out of the problems lies in paying attention to Resistive Economy, and our intention too rests on pursuing the relevant policies powerfully,” Raisi said.

Concerning the issue of foreign policy, the chief executive also asserted that his government’s action plan in the area consisted in “interaction with other countries.”

Raisi assured the Iranian parliament [Majlis] that he would, under no circumstances, row back the slightest bit from his anti-corruption position.

“Incorruptibility is a pivotal imperative in the government, and there would be no tolerance for [even] the smallest instances of corruption,” the chief executive said.

“I will, under no conditions, back down in the case of fighting corruption,” he added, asserting that a government that is bent on fighting corrupt practices has to be steered by a similarly anti-corruption figure.

He thanked the legislative body for evaluating the candidates for various portfolios, urging it to complete the task at the earliest opportunity so the government can set about resolving the country’s problems.

Raisi further described the parliament’s performance of the duty as “a depiction of religious democracy” that sees the legislators evaluate the nominees’ qualifications “carefully and meticulously.”

The nominees, he added, had been tapped to take over the portfolios based on the standards that he had specified on his electoral campaign, namely such barometers as “competence, expertise, and honesty towards the people.”