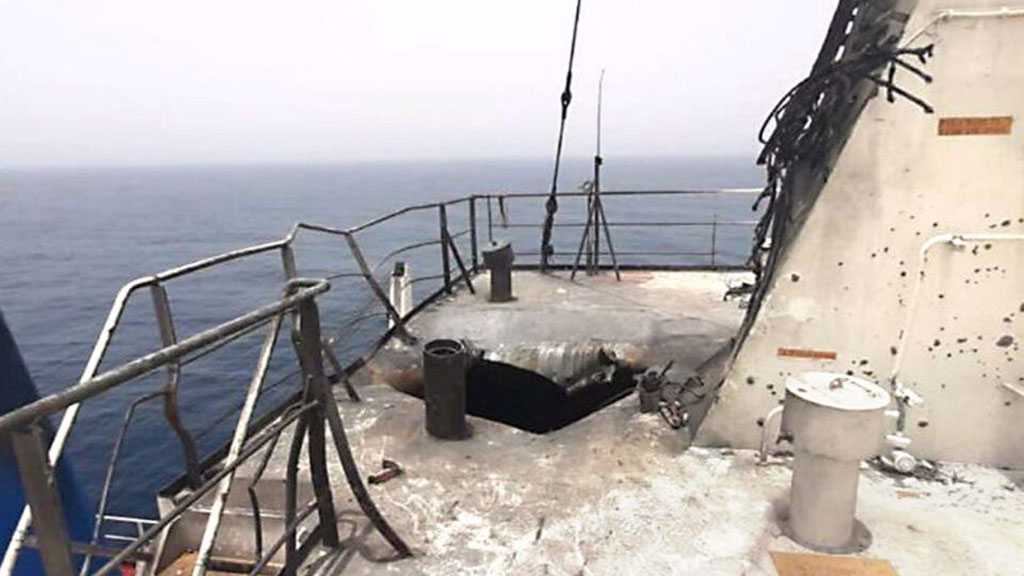 The United States and the United Kingdom have joined the apartheid “Israeli entity in accusing Iran of orchestrating Thursday's attack on an “Israeli” tanker off the coast of Oman, despite Tehran’s firm denial.

“Upon review of the available information, we are confident that Iran conducted this attack, which killed two innocent people, using one-way explosive UAVs,” US Secretary of State Antony Blinken said in a statement Sunday.

Blinken further stated they are “working with partners” on what he termed an “appropriate response” to the attack.

Earlier British Foreign Secretary Dominic Raab said the “unlawful and callous” attack had highly likely been carried out by Iran using one or more drones.

“We believe this attack was deliberate, targeted, and a clear violation of international law by Iran,” he said, adding that London was working with partners on a “concrete response.”

The spokesman for Iran’s Foreign Ministry called the accusations “childish”, which he said were influenced by the Zionist lobby in the United States.

“The illegitimate Zionist entity must stop leveling baseless charges against Iran. This is not the first time that this regime brings up such accusations [against Tehran],” he noted.

“We must be very cautious not to fall into traps set by the Zionists and the Quds occupying regime in such cases,” the spokesperson said, adding that the ‘Israeli’ regime is at “the lowest point of legitimacy” and experiencing the “most difficult days of its life.”

The incident involved the Mercer Street, a Liberian-flagged, Japanese-owned vessel managed by 'Israeli'-owned Zodiac Maritime, which according to reports was on its way from Dar es Salaam, Tanzania, to Fujairah in the United Arab Emirates when it was targeted.

“I declare unequivocally: Iran is the one that carried out the attack on the ship,” he said during a weekly meeting of his cabinet on Sunday.

In a statement on Friday, Zodiac Maritime, the “Israeli”-owned firm managing the oil tanker, said that two crewmen, a Briton and a Romanian, had been killed in the assault.