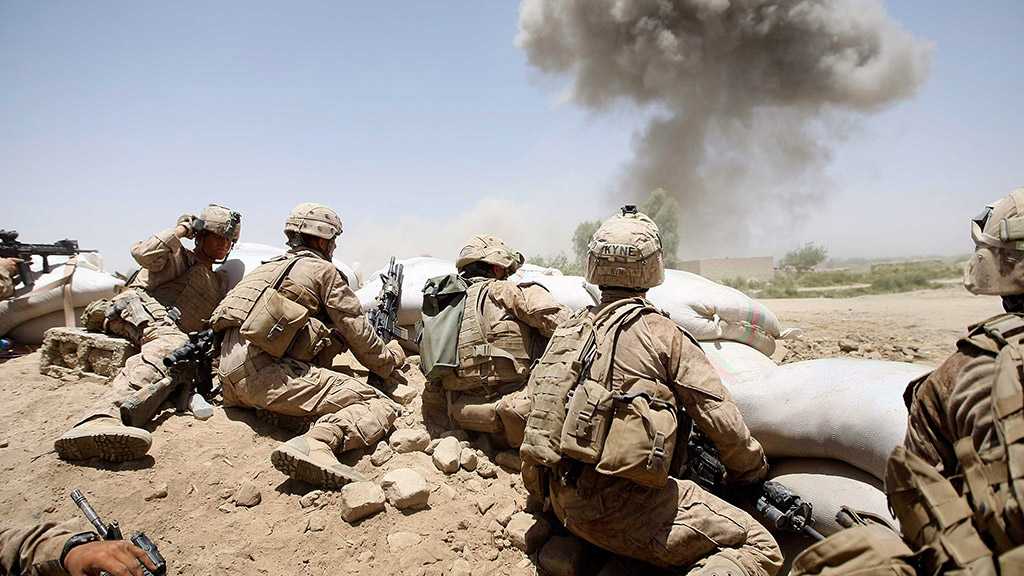 The US has squandered trillions of dollars on the wars in Afghanistan and Iraq while failing to achieve any objectives, former US counter-terrorism specialist and CIA military intelligence officer Philip Giraldi wrote in an op-ed for Strategic Culture Foundation.

In an article, Giraldi made the remarks as US soldiers leave Afghanistan after an almost twenty-year war and pressure mounts on the Biden administration to withdraw all troops from Iraq.

"Not only did the wars in Afghanistan and Iraq make bad situations worse, but the fact that no one in Washington was able to define ‘victory’ and think in terms of an exit strategy has meant that the wars and instability are still with us," Giraldi wrote. "In their wake has been hundreds of thousands of deaths and trillions of dollars spent to accomplish absolutely nothing."

He also lamented the development of a situation where, in his opinion, Iraq now has a stronger connection to "Iran than it does to Washington."

"The Iraqi Parliament has, in fact, asked US forces to leave the country, a request that has been ignored both by Donald Trump and Joe Biden. Trump actually threatened to freeze Iraqi bank assets to pressure the Iraqis into accepting the continued US occupation," he added.

The former CIA agent also criticized the American presence in Syria, which takes place despite the fact that the current government of President Bashar al-Assad did not ask the United States to intervene in the long civil conflict.

"At the same time, American troops illegally present in neighboring Syria, continue to occupy that country’s oil fields to deprive the government in Damascus of much needed resources. Neither Iraq nor Syria threatens the United States in any way," Giraldi noted.

According to the former military spy, given that history, it should come as "no surprise that the withdrawal from the twenty-year-long nation-building project in Afghanistan, long overdue, is not quite going as smoothly as the Pentagon and White House apparently planned."

"US forces pulled out of their principal base in the country, Bagram Air Base, in the middle of the night without informing the incoming Afghan base commander. A frenzy of looting of the left-behind equipment followed," Giraldi wrote.

And in general, the Taliban movement in Afghanistan "is racking up victory after victory against US and NATO trained Afghan government forces who have the disadvantage of having to defend everywhere, making them vulnerable to attacks on an opportunity basis." He also noted that the Taliban "plausibly" claim to control at least 85% of the countryside, including numerous significant towns and provinces as well as crossing points into Pakistan.

"The US government is quietly expecting a similar fate for the thousands of Afghans who collaborated with the regime installed by Washington and is hurriedly arranging for visas to get the most vulnerable out, eventually seeking to resettle them in friendly Middle Eastern countries as well as in the US," he commented on the issue of evacuating Afghans who collaborated with the US forces from the country in light of the growing threats against them.

Given that some 18,000 local residents working for the US have requested evacuation from Afghanistan and that they will certainly take their families with them, Giraldi notes that there exists "particular concern" that former translators "will be most particularly targeted."

All in all, the author reckoned that the US involvement in Afghanistan in "the struggle to rid the world of the wrong kind of terrorists" has left the country "weaker and more unfocused" than it was in 2001.

"A recent 23-page report suggests that since ‘Defense Secretary’ Lloyd Austin’s February order to 'stand down' the entire US military for commanders to address “extremism” in its ranks has sunk morale and many top soldiers have either retired or quit in disgust," he explained. "During his confirmation hearings, Austin pledged that he would 'rid our ranks of racists and extremists' but the reality is quite different, with the witch hunt in the ranks and endless promotion of diversity even hurting normal military readiness training."

As President Biden pledged to complete the military withdrawal by the end of August, and the whole military presence in the war-torn nation will be reduced to a battalion of soldiers to secure the Embassy and CIA station in Kabul, Giraldi notes that the situation in itself is "not sustainable unless some kind of workable Afghan government coalition can be achieved." However, referring to the Taliban's successful offensive, he figures that this "appears to be increasingly unlikely."

And thus the US will have to maintain a vital direct link to the city's airport, for which the administration is negotiating with Turkey to maintain a contingent. Although Turkey has agreed to this mission, the Taliban have already stated that the presence of the Turkish military on the territory of the airport is unacceptable and will lead to retaliatory military actions by the group.

In addition, the US is trying to negotiate with Afghanistan's neighbors on the deployment of its military for the possibility of over-the-horizon military strikes on the country, and according to Giraldi, there "are few options as the US would not be able to launch cruise missile or airstrikes through the neighboring countries that surround Afghanistan to the south, east and west, though a long-distance strike from warships in the Persian Gulf is technically possible."

Furthermore, the former Soviet republics of Central Asia, according to the former CIA agent, are closed to the US presence due to Russia's dominance in the CSTO, which includes most of the former Union's republics in the region, and Russia will certainly veto a US request for a military base. A possible US presence is not generating much enthusiasm from the countries of the region because "Washington’s bullying in Iraq, Syria and also against Iran has failed to convince anyone that the US Air Force would make a good neighbor."

"So getting out of Afghanistan will be a lot trickier than going in," Giraldi concluded. "And there is no escaping the fact that the entire Afghan adventure was one hell of a waste of lives and resources. Next time, maybe Washington will hesitate to charge in, but given the lack of any deep thinking going on in the White House, I suspect we Americans could easily find ourselves in yet another Afghanistan."