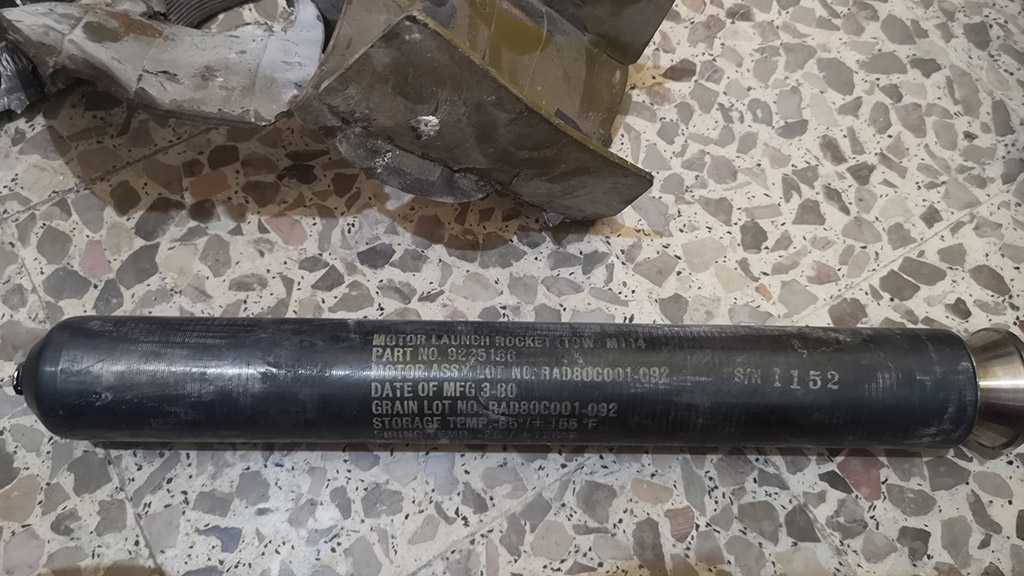 UN Secretary General Antonio Guterres celebrated the extension of a “humanitarian” border crossing at Bab Al Hawa on July 10 as a “lifeline for millions of people” – many Syrians would rather describe it as a “lifeline” for Al-Qaeda.

On July 15, I visited Jurin, a village to the north of the Hama governorate and only 5km from the Syrian-allied military frontlines with the Al-Qaeda-dominated armed groups controlling Idlib in northwest Syria.

We arrived at around 9a.m. to the boom of mortar and rocket fire from the Jabal az Zawiya mountain that is under the control of Turkish-backed armed groups. Jurin is in the Al Ghab plains at the foot of two mountain ranges, and is an easy target for the elevated terrorist positions on Jabal az Zawiya.

On June 20, a three-year-old child, Massa Akram Saleh, was murdered by armed groups who targeted her family home, injuring her father and brother, five-year-old Akram Saleh, whose body was lacerated by shrapnel wounds. Massa was rushed to Al Sqeilbiyyeh hospital, a journey of one hour, but later died. Her brother and father are still receiving treatment. Massa’s grandfather tells me:

“If this had been a child of the militants, the UN would have made a big case of it. Hundreds of children have died in our area but it is as if nobody died at all.”

The grandfather describes a daily deluge of attacks from the Turkey-assisted armed groups, targeting the triangle of Jurin, Al Safafeh and Zkereh. He begs the Syrian forces to push the militants at least as far as the M4 highway and away from the region, to bring an end to the ceaseless aggression. This is an aggression that apparently is not worth mentioning in UN reports on the cross-border “humanitarian” activity. He thanks the Syrian Arab Army for doing everything it can to keep the extremist groups at bay.

While the grandfather is talking to me, a mother carrying a baby, hugging her children, is cowering and weeping in the background as the shells continue to fall. Next to her is Massa’s grandmother, who cannot move without her walking frame. One shell had hit the outer wall of the house just before we arrived, another had blown a two meter crater in the garden behind the extended family home. A third exploded five meters from where I was standing as I interviewed a second family member, Ghaith Ghazi Saleh. He tells me:

“We are being targeted on a daily basis with shells from Az Zawiya mountain. During the last two or three years, we have seen Turkish convoys coming into the area not more than 2km from our farmlands; they prevent us from cultivating our farmlands ... the artillery that bombards us is Turkish. The coordinates are provided by the terrorists.”

Saleh informs me that the armed groups target schools, residential areas and civilian infrastructure. They even targeted a funeral procession and a condolences gathering two years ago, he says. He describes the Turkish and armed-group destruction of the land, and talks of the intensification of militant aggression to target Russian/Syrian humanitarian corridors that are an effort to allow Syrian civilians to safely escape the armed occupation of northwest Syria.

This is something that I had previously witnessed in Aleppo and Eastern Ghouta: as civilians attempted to flee to the safety of Syrian Arab Army humanitarian collection points, they were cruelly shelled or sniped at by the occupying extremist groups, furious that their human shields were evading them.

US-manufactured weapons in the hands of Al-Qaeda affiliates

It must raise the question – how do these weapons enter Idlib? Press TV journalist Serena Shim revealed in 2013 that World Food Program [WFP] “humanitarian” aid trucks were being used to smuggle ISIS terrorists and weapons into Syria via the Turkish border crossings. Shortly after Shim reported on this nefarious activity, she died in a suspicious car accident after being threatened by Turkish authorities. A 2020 Nobel Peace Laureate, WFP still has a presence and involvement in Bab Al Hawa.

In 2021, the official border crossings have been reduced down to one, the one at Bab Al Hawa. A Russian UN representative statement informs us that:

“The UN still has no presence in Idlib de-escalation zone which is controlled by international terrorists and fighters. It’s not a secret that the terrorist groups control certain areas of the de-escalation zone and use the UN humanitarian aid as a tool to exert pressure on [the] civil population and openly make profit from such deliveries.”

In May, Sedat Peker, a gangster and former aide of Turkish President Recep Erdogan exposed the trafficking of weapons and vehicles from Turkey to Al-Qaeda by a contractor called SADAT that was run by Erdogan’s former military advisor.

According to an Al Monitor article in May 2020, HTS seize at least 10% of the “humanitarian” aid entering Bab Al Hawa. HTS benefits from the illicit trade of UN-supplied equipment and aid and has a monopoly over the processing of oil stolen by the US Coalition and proxies in occupied northeast Syria via their lucrative WATAD operation. The HTS warlords make an estimated $130 million per month from this criminal merchanting of Syrian resources and UN “aid” while imposing heavy taxes and “customs fees” on civilians to supplement their dwindling foreign assistance.

Nine months ago a Turkish convoy entered Quqfin to the east of Jurin and established a military observation base. According to the Syrian military personnel I spoke to in Jurin, this base is providing surveillance and coordinates for HTS, enabling them to target not military installations, but civilian infrastructure, schools, farmland and homes.

Why did Russia sanction the six-month extension for the Bab Al Hawa crossing?

Russia and Syria have historically opposed the UN “aid’ runs via Turkey for reasons that become obvious when considering the benefits for Al-Qaeda. Many were surprised that Russia in the end recently approved a six-month extension. However, there is a promised “substantive” UNSG report into the Cross Border Mechanism transparency which will be of concern to the US Coalition and Turkey, as Russia will presumably be gathering evidence to prove that much of the aid is destined for Al-Qaeda and to sustain the war against the Syrian government. My opinion, not shared by all experts in Moscow, is that Russia took this decision to prevent US accusations of belligerence, while ensuring that terrorist sponsorship by NATO member states is out in the open and those involved should be held accountable for the resulting war crimes.

One thing is clear from my visit to the Idlib battle front lines – the Bab Al Hawa border crossing is not the “humanitarian” lifeline as described by US and UK representatives and aligned officials at the UN. For these civilians it represents the perpetual threat of death or injury, the destruction of their livelihood and a life of deprivation, bloodshed and fear.

Western media is still amplifying the alleged “war crimes” of Syrian and Russian forces battling to liberate Syrian territory from the clutches of terrorist groups that would massacre the residents of Jurin in an instant if they could break through Syrian and Russian defenses.

Two days after my visit, during the night of July 17, eleven civilians were injured by HTS shelling, including one child. This is the reality of this war, never explored by the NATO-aligned media outlets and “humanitarian” agencies who seek only to demonize the Syrian government and to “disappear” these inconvenient Syrians who expose the moral vacuum of their narratives.