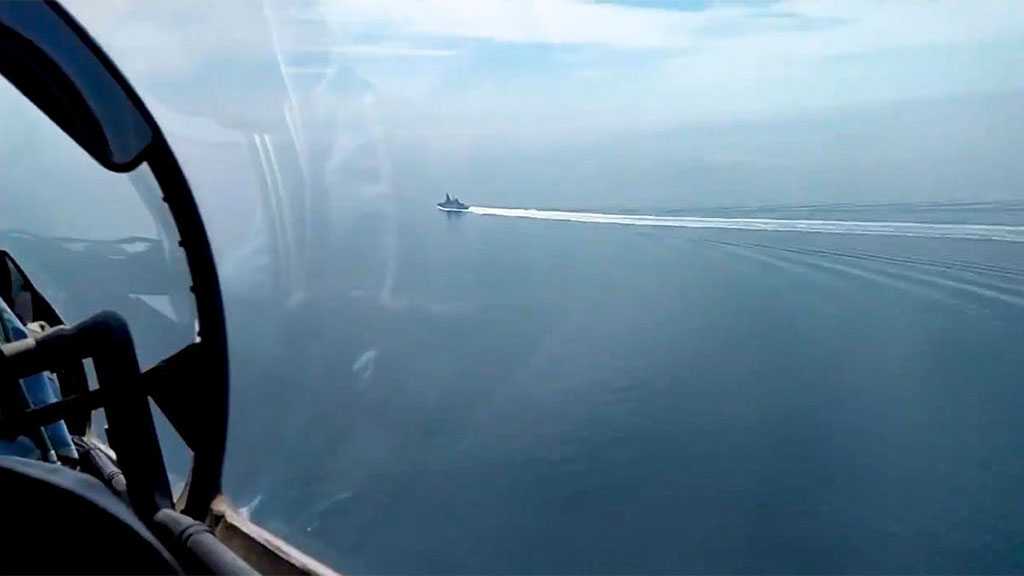 The Russian military has launched sweeping drills in the Mediterranean Sea featuring warplanes capable of carrying hypersonic missiles, a show of force amid a surge in tensions following an incident with a British destroyer in the Black Sea.

This comes as Moscow said one of its warships fired warning shots and a warplane dropped bombs in the path of HMS Defender, a British ship, on Wednesday to force it out of an area near Crimea that Russia considers as its territorial waters. Britain denied that account, insisting its ship was not fired upon and said it was sailing in Ukrainian waters.

The Russian drills that began on Friday in the Eastern Mediterranean come as a British carrier strike group is in the area.

The Russian Defense Ministry said a pair of MiG-31 fighter jets capable of carrying Kinzhal hypersonic missiles arrived at the Russian airbase in Syria for the exercise. The Hemeimeem airbase, in the coastal province of Latakia, serves as the main hub for Moscow’s operations in the country.

It is the first time the warplanes capable of carrying Kinzhal have been deployed beyond the Russian borders.

The military clarified that the Kinzhal flies at 10 times the speed of sound and has a range of up to 2,000km.

The Defense Ministry said the drills in the Eastern Mediterranean involve several warships, two submarines and long-range Tu-22M3 bombers along with other combat aircraft.

The supersonic, nuclear-capable Tu-22M3s were first deployed to Syria last month in a demonstration of an increased Russian military foothold in the Mediterranean.

Russia has also expanded and modified a naval base in the Syrian port of Tartus, the only such facility that it currently has outside the former Soviet Union.