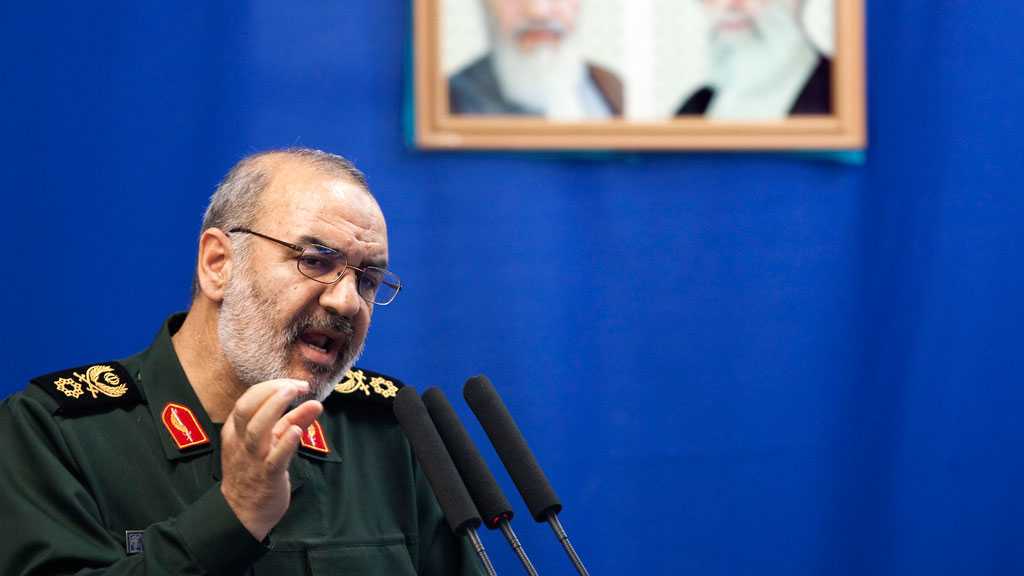 Chief Commander of the Islamic Revolutionary Guard [IRG] Major General Hossein Salami said that Iran’s Armed Forces are fully prepared to give a crushing response to any US anti-Iran move in the region.

Speaking on the sidelines of 1st anniversary of martyrdom of former IRG Quds Force Commander Lt. Gen. Qassem Soleimani at Tehran University Campus on Friday, Major general Salami reiterated, “We are ready to deal with any US anti-Iran move in the region.”

“When we find ourselves in the battlefield, we will be victorious,” Salami added.

In response to a question on the continuation of path of “Harsh Revenge”, which has started in the region and will continue severely, he stated, “We assure people of the country that we will take revenge the perpetrators of assassination of Martyr Lt. Gen. Soleimani and his comrades very severely.”

The path of harsh revenge is the path of collapse of Zionist regime and the United States in the region and also expulsion of US terrorist forces from the region, he said, adding, “Great dignity of Muslims must be preserved and this hard revenge must be taken as a way and a path.”

Lt. Gen. Qassem Soleimani and Second-in-Command of Iraq’s Popular Mobilization Units [PMU] Abu Mahdi al-Muhandis were assassinated at Baghdad International Airport on January 3 by the US terrorist forces at the behest of US President Trump.