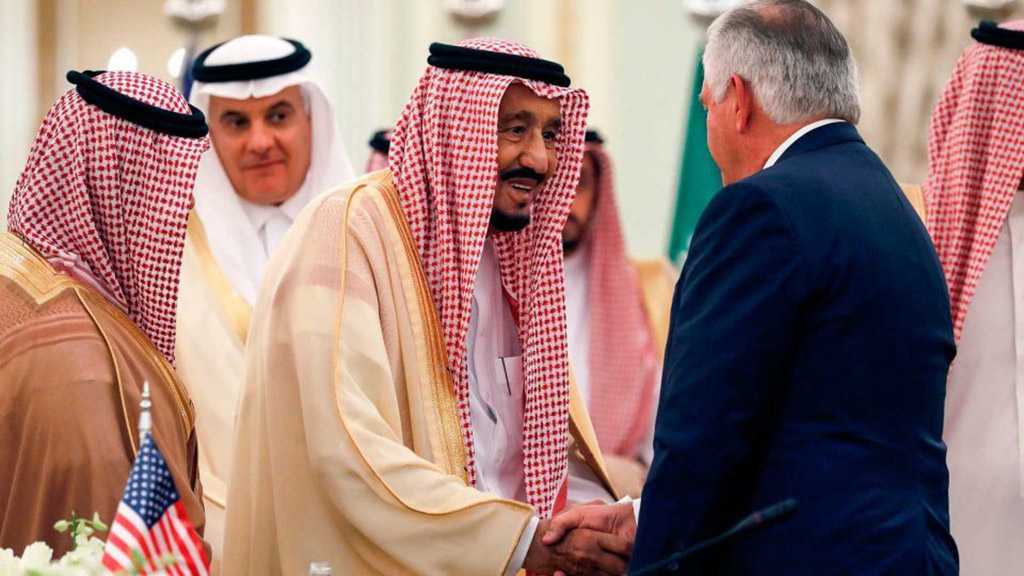 In early August, the American news publication Foreign Policy revealed in detail that King Salman of Saudi Arabia had called Donald Trump to get permission for invading Qatar on June 6, 2017, that is just one day after the blockade imposition.

Although the US President had offered his full-throated support to the Saudi-led campaign, the military invasion was a flagrant violation of international law.

But it was, according to The Intercept, the efforts of Rex Tillerson, then US Secretary of State that dissuaded the Saudis and their ilk from attacking Qatar; and it was exactly the same efforts that cost Tillerson his career.

"We call on the kingdom of Saudi Arabia, the United Arab Emirates, Bahrain and Egypt to ease the blockade against Qatar. There are humanitarian consequences to this blockade.

We're seeing shortages of food, families are being forcibly separated and children pulled out of school. "

Frustrated by Tillerson’s attempts to mediate, the blockading countries lobbied hardest for his removal. According to New York Times, the UAE ambassador to Washington knew that Tillerson would be put aside three months before he was fired in March 2018.

Former US Senate Foreign Policy Analyst, James Jatras maintains: "As these details come out over time, it gives us a more of a sense of what the Saudis were prepared to do and also some of the internal politics on the American side.

In particular, I think it's showing what kind of influence the Saudis have over Washington and its policy and even over its personnel."

According to the leaked invasion plan, Saudi ground troops were supposed to cross the land border into Qatar. With military support from the UAE, they would advance about 70 miles toward Doha, the capital city of Qatar.  And finally after passing Al Udeid Air Base, which includes about 10,000 American soldiers, the Saudi would then take control over Doha.

The Saudis were going to mount the military invasion despite the fact their campaign against Yemen had already turned out to be a complete fiasco.

"I think you have to add that to the megalomania of Mohammed bin Salman who thinks he can do this successfully, despite the lesson of Yemen.

But there is a sort of addiction to the idea of power. There is a myth of invincibility. Perhaps, it's been built up in Mohammad bin Salman's mind that he could attack those countries.

Remember Saudi Arabia is one of the biggest spenders on military hardware on the planet. I think they may be actually third right after the U.S. and China.

So, maybe he feels all this hardware actually buys him certain amount of invincibility, even though their performance doesn’t show that."

After the Foreign Policy revelation, Doha waited a day for the Saudis to issue an official denial of the invasion plot, before announcing its shock.

In a series of tweets, Ahmed bin Saeed Al-Rumaihi of the Qatari Ministry of Foreign Affairs lashed out at the Saudis for their interventionist tendencies.  "The fact that the Kingdom of Saudi Arabia has not yet denied what the American magazine revealed indicates the truth of the matter, which is something extremely dangerous to the security and stability of the region.”

Al-Rumaihi also described the invasion plot as another nail in the coffin of the Persian Gulf Cooperation Council which was originally based on collective security.

In fact, the plot casts light on the darker side of the two Arab powers.  Both Saudi Arabia and the United Arab Emirates have shown again and again their desire to use military force in everyday politics.

"Their resort to war is very high on the list of the Saudis' way of looking at the world and looking at their neighbors. And I think that actually dovetails with their very strong support for international terrorism.

They point the finger at other countries like Iran but they're actually the primary culprit in this regard."

By many accounts, the incentive for the invasion plan was partially driven by the financial problems both countries were grappling with.

From the time Salman came to the throne as the Saudi king in 2015 to the time he decided to invade Qatar, the kingdom spent more than a third of its $737 billion in reserves.

Conquering Doha would potentially swell the Saudis’ coffer by taking control of the North Field of natural gas.

“An idea came to them to solve their gas problem by invading Qatar and occupying the largest gas in the world, and it could suffice them for 200 years. It would provide them with billions of dollars by laying a pipeline from the North Field to Saudi Arabia, and then by selling the gas on the global market.

The invasion plan, no matter how shocking, is not unprecedented. In fact, the tiny but gas-rich and – in the eyes of Riyadh – recalcitrant state of Qatar has always been coveted by and a concern for its neighboring kingdom.

In a May 2017 email thread with former US diplomat Elliott Abrams, the Emirati ambassador to the US Yousef al-Otaiba Otaiba wrote, "Conquering Qatar would solve everyone's problems. Literally. And King Abdullah of Saudi came pretty close to doing something in Qatar a few months before he passed in January 2015."

Saudi and UAE policies are creating more terrorism, conflict and chaos in the Middle East and Africa, Qatar

James Jatras, former US Senate Foreign Policy Analyst is of the view that there are several reasons for Riyadh’s severe hostility toward Qatar.

Saudi Arabia is the local hegemon of the pro-American camp in the Persian Gulf region. Most Gulf States, such as the UAE and Bahrain, largely take their cues from Riyadh.

“The fact that the Qataris - who also have a very good relationship with the U.S. and even host an American base there - are not under the thumb of the Saudis, I think, is very offensive to the Saudis."

Leaked documents show the idea of invading Qatar by the four current blockading countries dates back to 1996. According to Paul Barrell, the leader of a French mercenary group, he was hired to lead a coup against the Qatari ruling family in 1996 but the coup was brought to a standstill after the then French President Jacques Chirac asked him to stop the operation, telling him to: “Stop committing anything foolish.”

The Saudi-led invasion of Qatar has not happened so far for the complexity of the situation and its far-reaching consequences, but it has clearly shown the rusty mentality of the Saudis and their all-weather allies who put war and bloodshed before peace and diplomacy.