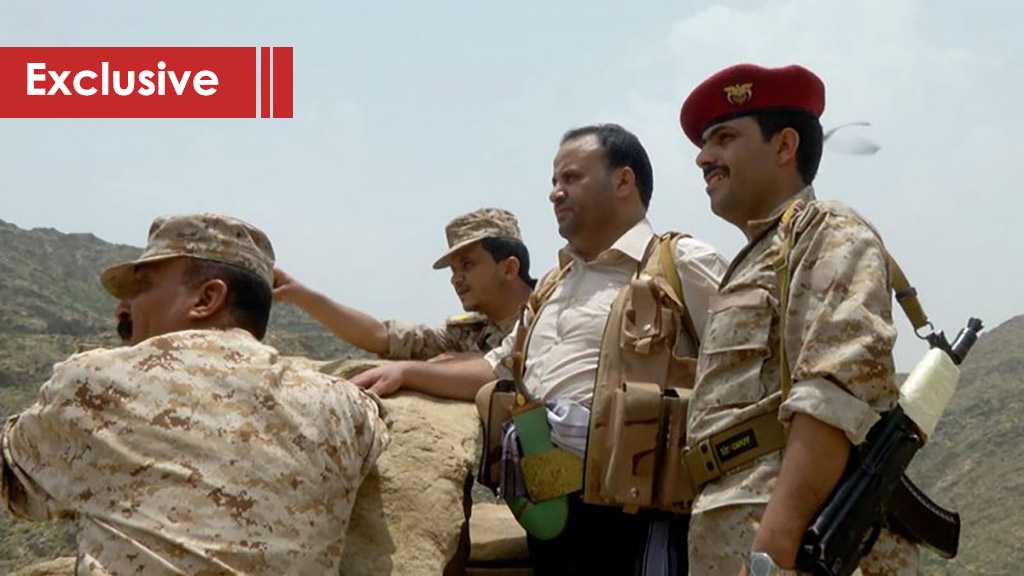 Sanaa - Martyr Saleh Ali al-Sammad was the President of Yemen’s Supreme Political Council and the head of Ansarullah’s political bureau. Despite being president, he did not own a house. He observed all religious holidays and spent his official days off on the frontlines. He was a president who made the ultimate sacrifice for his people.

On the second anniversary of al-Sammad’s martyrdom, Al-Ahed sat down with his companion in jihad, Minister of Information and official spokesperson for Yemen’s National Salvation Government, Dhaifullah Al-Shami.

He described al-Sammad’s 18-month-long presidential term as “the best era in Yemen's history despite the American-Saudi siege and aggression."

"He managed to drag Yemen out of the state of rupture and division. He introduced the reality of kinship and unity. Thus, the Yemeni people united in the face of the aggression and overcame the political, partisan, and sectarian divisions," al-Shami said.

He explains that al-Sammad’s tenure “laid the groundwork for enhancing national cohesion and building the country. Al-Sammad laid the foundations for a modern, just, and sovereign Yemeni state based on security and stability.”

According to al-Shami, “the late al-Sammad set up the basis for Yemen in his ‘A Hand that Builds and a Hand that Protects’ project.”

The martyred president faced major challenges, both at home and abroad.

"Internally, there were political parties with an external agenda and received guidance from many forces, but al-Sammad was keen to unify the internal front. He tried to include everyone, even the parties that stood with the aggression. He was a president for all Yemenis," the official tells Al-Ahed.

He recalls the events of December 2018 that almost dragged Yemen into a civil war driven by money, weapons, and external conspiracies.

"Due to his wisdom, cleverness, fairness, faith, spirituality, Quranic knowledge, high moral values, and his popular, political, and military influence, Saleh al-Sammad was able to bridge the large gap and completely address all the consequences of the December sedition. He was not martyred until he absolutely extinguished the fires of internal war," Al-Shami explains.

Al-Samad also faced external challenges and the deadly and destructive aggression machine with aptitude. According to Yemen’s National Salvation Government spokesperson, he was "truly a man of action and responsibility. He was able to establish an integrated methodology for political and diplomatic interaction with the countries of the aggression alliance as well as with friendly and neutral countries."

With a spirit of responsibility, Al-Sammad headed to Hodeida following a dangerous escalation and a massive military offensive by the Saudi-led coalition along the western frontline intended to occupy the province and its coastline. By being on the battlefield in person, the president wanted to mobilize fighters and closely monitor the defense of Hodeida and its people. So, he went to the west coast despite the threats he had received before he moved.

“The martyred president possessed a jihadist spirit, and he was a mujahid from the very beginning. He knew that the jihadist spirituality is more comprehensive and greater than the spirit of a state official. Since the launch of the Quranic project, we have been companions on the barricades and the frontlines. It is not strange for him to be eager to be martyred," Al-Shami added.

Al-Sammad acted on principle and from a position of responsibility to fend off the invaders from his people and country. In this context, al-Shami explains to Al-Ahed that “following the statements of the US ambassador that the residents of Hodeida will welcome the invaders with flowers, the martyred president rushed to go to Hodeida to say no. He replied to the ambassador that the people of Hodeida would receive the aggressors with their guns and daggers. He was the first to make sacrifices. In his last speech, half an hour before his martyrdom, he said he would cross the sea with the sons of Hodeida, and they would not be alone.”

Al-Shami speaks with great pride about martyr al-Sammad. "His blood was a revolutionary volcano that ignited the resolve of the Yemeni people ... There is nothing more precious than the blood of the martyr Al-Samad among the sons of Yemen. His blood became the fuel that drives them."

“The enemy wanted to weaken the Yemeni people by committing this crime, but it failed miserably. The Yemeni people were able to overcome the ordeal, change the reality, and return the shock to the enemies. The entire Yemeni people all became Sammad," Al-Shami stressed.

President al-Sammad and his protection detail were martyred on the afternoon of April 19, 2018 in an assassination operation. The Saudi-led coalition’s jets and drones launched several airstrikes targeting his motorcade on one of the main streets of the city.

The following day, television channels affiliated with the American-Saudi aggression aired aerial footage from one of the aircraft that carried out the operation. The quality of the filming and the language of the pilots in the operating room revealed that the operation was an American one.

The assassination of the president coincided with feverish American and “Israeli” movements on the ground on a number of occupied Yemeni islands in the Red Sea, most notably the strategic Mayyun Island [Perim Island] in Bab al-Mandab. These movements were accompanied by a huge military escalation by coalition forces along Yemen’s west coast.