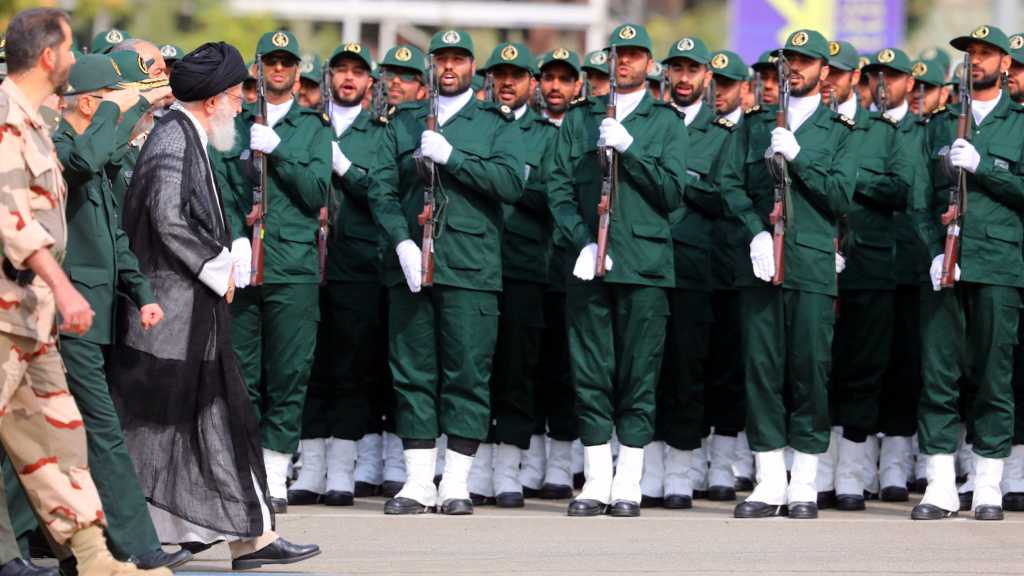 “A flash visit by US Secretary of State Mike Pompeo to “Israel” as part of a campaign to calm the Middle East; a new Iranian accusation against “Israel”; a quite unusual meeting between the “Israeli” chief of staff and Kahol Lavan chairman MK Benny Gantz – the accumulation of events over the past 24 hours stirs a certain sense of panic in the air.”

Harel further said: “When some media outlets tie everything together (and report that the meeting between “Israeli” chief Avi Kochavi and Gantz was held against the backdrop of “a possible Iranian attack”) it is easy to think that the Iranians are at our door, again.”

In parallel, the strategic analyst feared that “it seems that what connects these things is not necessarily an immediate threat, but the beginning of a long process. While “Israel” is disturbed by Iranian plans for revenge, these have been coming together for a few months now. The main change is strategic more than anything operational or tactical: The United States is expediting its departure from the Middle East, and Iran’s influence is growing, along with its self-confidence. That is the context of Pompeo’s visit and that, it seems, is also the main reason for the Kochavi-Gantz meeting, held at the height of faltering coalition talks and against the backdrop of unusual funding demands by the army.”

Meanwhile, he claimed that “the two dramatic events have occurred in the past month in the Middle East: the ‘Iranian’ strike on Saudi oil facilities on September 14, and the phone call between US President Donald Trump and Turkish President Recep Tayyip Erdogan on October 6. The United States has not responded to the deliberate attack, which inflicted major damage on its Saudi allies. So far only a punitive cyber strike, whose extent is unclear, has been launched against the Iranians. In addition to this, the US president’s consent to remove the small American force from northeastern Syria paved the road for a heavy Turkish assault against the Kurds.”

“The thread that runs between these two events is a sharp decline in the willingness of the United States to commit troops and resources to the region. This has all been wrapped up in endless verbiage, which emerges a few times a day from the depths of Trump’s stream of consciousness. And yet the president’s bottom line is quite clear – he believes the time has come to put an end to what he calls “the endless wars” of America in the Middle East,” the writer added.

He also feared that “Saudi Arabia and the United Arab Emirates, Iran’s closest neighbors, are especially worried about American powerlessness. But “Israel” also has cause for concern. The American withdrawal raises questions about the extent of Trump’s commitment to “Israel” when push comes to shove. And the attack in Saudi Arabia illustrated increasing Iranian daring, great operational sophistication and an impressive ability to act. It also necessitates changes in “Israeli defense” and intercept systems, which for years have been focused on a response to high-trajectory weapons [rockets and missiles] and not on the deceptive threat, close to the ground, of cruise missiles and drone attacks. In a first stage, more than 300 million shekels ($84.9 million) will be needed to quickly improve intercept batteries. In the future, this sum will grow.”

“We should also pay attention to what was said Wednesday in Tehran. Last week, when the eyes of countries in the region were focused on events in northern Syria, a mysterious incident occurred off the coast of Saudi Arabia. It took the Iranians time to reach a conclusion as to what happened there. But on Wednesday, a member of the National Security and Foreign Policy Commission in Tehran said that “Israel” and Saudi Arabia were involved in the attack on the Iranian oil tanker that occurred after a series of similar attacks by Iran on tankers making their way to Saudi Arabia and the UAE. In other words, the Iranian account with “Israel” is still open – and sooner or later an attempt might be made to close it.”