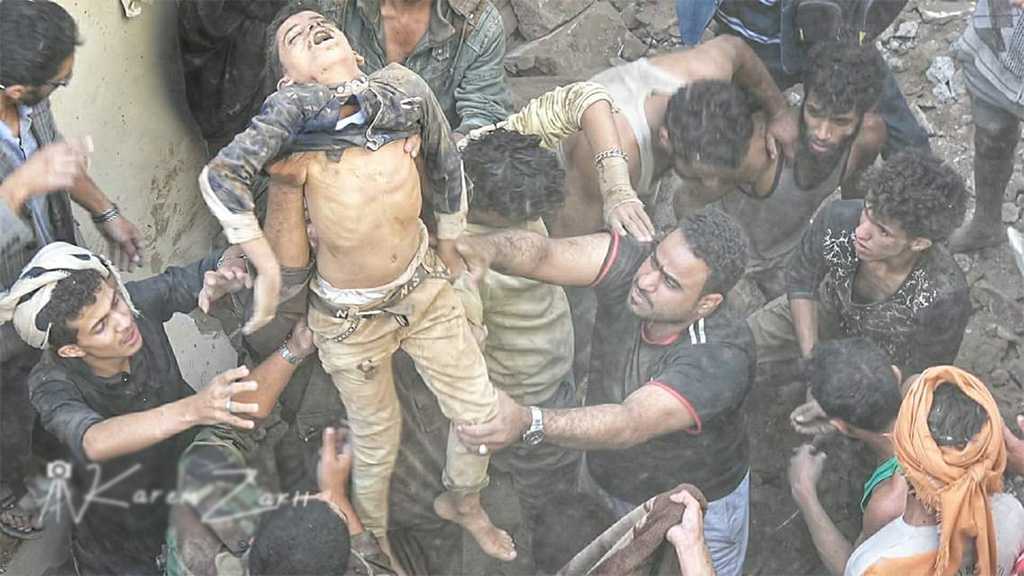 All members of a Yemeni family were martyred as a Saudi warplane raided their home in al-Raqas neighborhood in central Sana’a.

Witnesses reported the death of a whole family, composed of six members including four children, following an airstrike by the Saudi-led coalition targeting a house in the residential neighborhood of al-Raqas.

Meanwhile, Yemeni Health Ministry announced that more than 30 people were martyred and injured as the coalition targeted residential neighborhood.

Saudi Arabia and a number of its regional allies launched the devastating campaign against Yemen in March 2015.

According to a report by the Armed Conflict Location and Event Data Project [ACLED], the Saudi-led war has so far claimed the lives of about 56,000 Yemenis.

The war has also taken a heavy toll on the country’s infrastructure, destroying hospitals, schools, and factories. The UN has already said that a record 22.2 million Yemenis are in dire need of food, including 8.4 million threatened by severe hunger. According to the world body, Yemen is suffering from the most severe famine in more than 100 years.