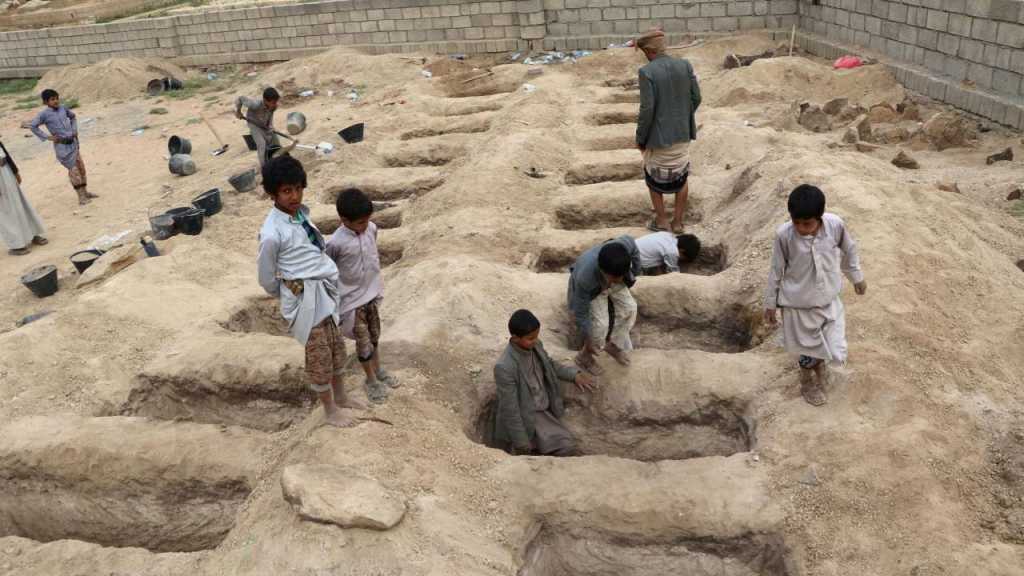 The UN Security Council has called for a credible and transparent investigation into the martyrdom of at least 29 children in a Saudi-led coalition attack on a bus in Yemen.

The British ambassador, Karen Pierce, who holds the council presidency, told reporters following a closed-door meeting on Friday that “if any investigation that is held is not credible, the council will obviously want to review that”.

The Ansarullah on Friday backed the UN call for an investigation into the Saudi-led coalition airstrike.

Senior Ansarullah leader Mohammed Ali al-Houthi said on Twitter that the revolutionaries were willing to cooperate in an investigation of the airstrike on Thursday in their stronghold of Saada province that hit the bus carrying civilians – many of them school children – in a busy market in Dahyan.

The US-backed coalition earlier announced that it had ordered an investigation into the airstrike that wounded at least 48 others.

The Security Council did not order a separate investigation but “will now consult with the UN and others as to how the investigation can best be taken forward,” said Pierce.

The council met at the request of five countries: Bolivia, the Netherlands, Peru, Poland and Sweden, which are all non-permanent council members.

Kuwait, also a non-permanent council member, is part of the Saudi-led coalition waging a war in Yemen.

The US, France and Britain – three of the five permanent council members – have supported the Saudi coalition in its military aggression, but have expressed concern over its heavy toll on civilians.

Before the meeting, the Netherlands stressed that the investigation must be independent, suggesting that the coalition’s decision to open up an inquiry was insufficient.

“We have seen the images of children who died,” the Dutch deputy ambassador Lise Gregoire-van Haaren told reporters. “What is essential at this moment in time is to have a credible and independent investigation.”

The council did not specify in the agreed statement to the press that the investigation should be independent – a demand that UN secretary general António Guterres made in a statement condemning the attack on Thursday.

Council members expressed their “great concern” and “called for a credible and transparent investigation,” Pierce said.

Since 2015, Saudi Arabia has been leading a military campaign against Yemen.

The war has left nearly 10,000 people martyred and unleashed what the UN describes as the world’s worst current humanitarian crisis.

Yemeni health minister, Taha al-Mutawakel, on Friday put the death toll at 51 people, including 40 children, and warned that the number of victims could rise.