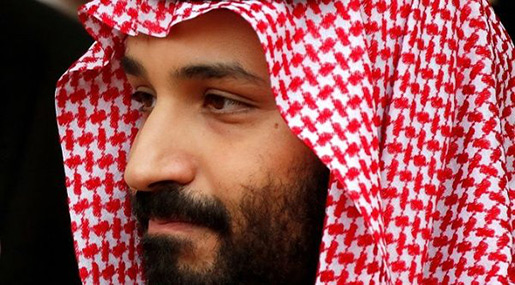 The all-powerful Saudi Arabian Crown Prince, Mohammad bin Salman, has been missing on the world stage for more than a month. The uncanny absence of the ultimate champion of reform in the world's most orthodox Muslim nation has given rise to rumors of his death.

The 32-year-old prince, who shot through the ranks quickly and annihilated opposition within the royal family with breakneck speed, has been mysteriously absent on public stage after the April 21 incident in Riyadh, which had been variously interpreted as a coup attempt and the shooting down of a drone. In the aftermath of the continued absence of the flamboyant royal, rumor mills thrived. The Iranian media took the lead in circulating theories of his death.

However, even as Iran, the biggest adversary of Saudi Arabia, apparently allowed the MBS death rumors to thrive in the online space, authorities in Riyadh mysteriously chose not to rush to debunk the rumors. Was it because the claim was so outlandish and silly? Or was it because a response would be interpreted as a sign of their vulnerability? Or, worse still, was MBS injured in the alleged April 21 coup attempt?

"At least two bullets have hit bin Salman in April 21 clashes in Riyadh and it is even possible that he is dead," wrote Iran's Kayhan newspaper. "There is plenty of evidence to suggest that the absence of nearly 30 days of Muhammad bin Salman, the Crown Prince of Saudi Arabia, is due to an incident which is being hidden from the public," it claimed.

The rumor that took life in Iran then spread around the world, with fringe Russian and "Israeli" news outlets picking it up. The carefully intoned reporting of the inflammatory rumor was then taken up tabloids in the US, UK, Pakistan and elsewhere. However, MBS, who had famously claimed in an interview with CBS in March that only death can stop his reform drive, did not turn up in public all these days.

Finally, with the death and coup rumors flying thick and fast, the Saudi Arabian authorities released a couple of pictures of the Prince this week. One photo showed the prince attending a cabinet meeting in Jeddah while in another he was seen chairing a meeting of the Council for Economic and Development Affairs. However, this move gave rise to probing questions. Why wasn't a video released? Why didn't the prince attend any public events in the last month?

Curiously, Prince Salman was not in attendance during the high profile visit of US Secretary of State Mike Pompeo at the end of April. MBS used to be highly active on the diplomatic circuit ever since his elevation to the position this year. His US visit in March was carefully choreographed to make him pass off as a visionary ruler from the Middle East. Yet he was completely absent during Pompeo's important visit.

This week, reports from Saudi Arabia said a number of activists, including many women's rights activists, were arrested. The arrests came just a few weeks before one of the biggest 'MBS reforms' were to materialize. Saudi Arabia is officially ending the driving ban on June 24, a key promise made by MBS. Sceptics think the arrests of the women activists may hint at something more sinister. That MBS may have been killed in a coup, or that he has been debilitated. The rumor mills, however, don't offer any concrete evidence.