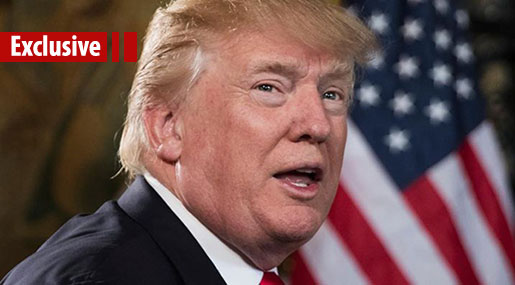 If Donald Trump's recently unveiled National Security Strategy (NSS) is a barometer for what to expect in the New Year, states in the Middle East should not be hedging their bets on peace and stability. 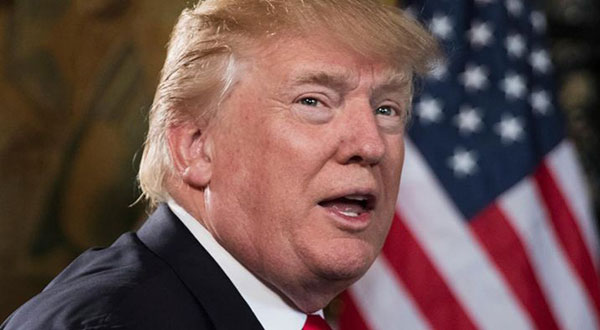 The 68-page document, which lays out in clear detail how the Trump administration plans to treat the world, also dispels any notion of America turning inwards.

On the contrary, President Trump - in sharp contrast to his days as a contender for the White House - is hailing interventionist policies, promising an uncompromising dissemination of American ‘values', threatening traditional geopolitical rivals (Russia and China), while indirectly declaring war on conventional ‘rogue' states (Iran and North Korea).

The NSS document vows that the US "will seek areas of cooperation with competitors from a position of strength, foremost by ensuring our military power is second to none and fully integrated with our allies and all of our instruments of power."

This text is as much about defining Trump's foreign policy agenda during his tenure at the White House, as it is a skeleton of the US national strategy for the 21st century.

It very openly stipulates that the western empire, which refuses to accept the collapse of the unipolar order, is in the process of planning perhaps its final global thump, designed to bring the world back under its ‘messianic' flag.

And explaining Washington's refusal to come to terms with the fact that the international community has new contenders for the post of ‘number one' is a reasonably straightforward task.

In simple terms, US social, economic and political stability is wholly contingent upon American military adventurism across the globe. It is also the most basic axiom on which modern western societies are built.

This geopolitical doctrine made the US a dominant power throughout much of the 20th century, and is one that many in Washington still believe works.

Donald Trump, as an individual, becomes a figure of little significance. One can argue, with a great deal of conviction, that the US president is a largely marginal character in the big picture.

"The scourge of the world"

It remains to be seen how the newly published NSS document will translate into action on the ground, but whatever happens, it is clear that Washington's strategy has nothing to do with making the world a more peaceful or stable place.

The language used, which Russia's President Vladimir Putin labeled as "offensive" and "aggressive", essentially paints a bullseye on the backs of American adversaries, promising to create the necessary geopolitical conditions to pull the trigger.

The already highly combustible Middle East region is once again in the eye of the storm, and Iran is singled out as the greatest obstacle to American strategic objectives there.

The NSS clearly designates the Islamic Republic as a ‘threat' to the US, describing the country that acted as the driving force in the battle against Daesh as a sponsor of terrorism and the "scourge of the world".

According to the Director of the ANSWER Coalition, Brian Becker, "this represents a sharp shift, especially given the fact that the Joint Comprehensive Plan of Action (JCPA) - the so-called Iran nuclear arms deal - could have been a precursor to a new thaw in relations between the United States and Iran in the Middle East. But this is a sharp reversal of any sort of possibility for that."

That reversal could very well trigger a wider confrontation, involving both regional and global powers, and driven exclusively by the US desire to dominate the highly strategic Middle East - an objective that can be considered far from realistic without an obedient leadership in Tehran.

A program for ‘confronting' Iran appears to have hatched in the lead-up to the publication of the NSS document, when representatives of the major "Israeli" and American intelligence and defense hierarchies held a "secret" meeting at the White House on December 12.

A report aired on "Israel's" Channel 10 claimed that Tel Aviv and Washington have formulated a joint strategy, setting up four separate teams to undermine Iran.

The four areas of interest include Iran's alliance with Hezbollah and Damascus, as well as its ballistic missile and nuclear energy programs.

Bringing a sword to the world

Perhaps not surprisingly, Washington's strategic document triggered a process of regrouping and realignment among the world's key players.

The conclusion is simple: Pax Americana cannot be realized unless a new brand of geopolitical confrontation takes place in the not-too-distant future. No one knows this better than the Iranians, the Russians and all the other ‘offenders'.

In short, the US strategy seeks to ‘bring a sword to the world' -establishing some sort of new Cold War model that would once and for all ensure "the end of history" in a fully Americanized world.

Of course, the danger is that any attempt at imposing "the end of history" through waging ceaseless wars and conducting nuclear maneuvers could very well be, at the same time, taunting the end of civilization as we know it.