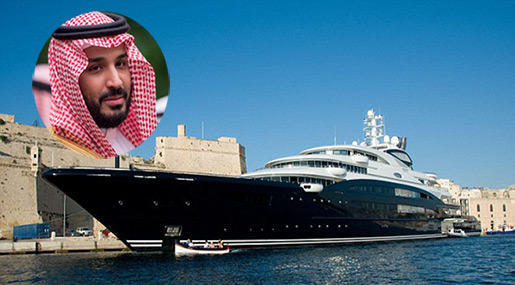 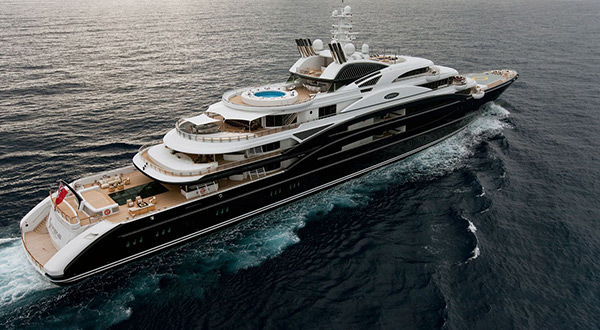 To some, the spending is a sign of hypocrisy and a threat to Crown Prince Mohammed bin Salman's legitimacy. The reports come on the heels of his anti-graft campaign, which culminated in the detention of Saudi princes, officials and businessmen at the Ritz-Carlton in Riyadh.

But to others, the purchases are legitimate investments and nothing unusual for a future king.

The 32-year-old crown prince is a polarizing figure who has captured the financial world's attention. First in line to succeed his father, King Salman bin Abdul-Aziz, he is spearheading Saudi Arabia's economic transformation plan and has overseen an invasion of Yemen, a blockade of Qatar and a domestic crackdown on graft that has swept up high-profile royals.

As such, his every move is dissected by Middle East watchers for signs of turbulence in the world's second-largest oil-producing nation and pre-eminent Sunni Muslim power. This month, a pair of New York Times investigations gave tea-leaf readers plenty to talk about.

The Saudi government declined to comment about the chateau to the Times, but has disputed reports that a Saudi royal purchased the da Vinci on behalf of Crown Prince Mohammed.

In light of the anti-corruption arrests, the chateau and yacht purchases send signals that are inconsistent with Crown Prince Mohammed's social and economic reforms, said Robert Jordan, former US ambassador to Saudi Arabia under President George W. Bush.

"The lack of judgement and the lack of self-awareness that this reflects I think is shocking," he told CNBC's "Squawk Box" on Wednesday.

"There will be members of the royal family, others in the community, who are saying, 'Wait a minute. This guy is just the biggest hypocrite in the world.' So, I think he's got to be very careful to balance that," said Jordan, now an adjunct political science professor at Southern Methodist University.

But others say Crown Prince Mohammed's spending habits and his corruption crackdown are separate issues, and those who conflate them might fuel misconceptions about public opinion Saudi Arabia.

Crown Prince Mohammed is trying to rein in widespread corruption, not discretionary spending by the future king, said Bernard Haykel, professor of Near Eastern studies at Princeton University. He says Saudis don't consider splashy purchases to be corruption, nor do they typically object to wealthy princes investing in assets with tangible value like overseas property, yachts or artwork.

"This is not a guy who is going to Monaco and dropping $100 million on gambling," Haykel told CNBC on Wednesday. "That would be a very different kind of story."

While Western media are focused on the purchases, the average Saudi is more concerned about the introduction of a new value-added tax and the ongoing reduction in fuel subsidies, said Haykel, who recently traveled to Saudi Arabia. These Saudis worry that their incomes will not rise to meet higher costs.

Haykel says wealthy Saudis who say they built their fortunes through legitimate channels are "ecstatic" that Crown Prince Mohammed cracked down on allegedly corrupt princes and officials. They see the type of corruption he is targeting, like bribe-taking and skimming funds for development projects, as a burden on the system, Haykel said.

Still, Haykel says Crown Prince Mohammed has not clearly communicated his motives for the crackdown either at home or abroad.

Saudi youth have also emerged as a base of support for the crown prince due to his social reforms, notes Simon Henderson, director of the Gulf and energy policy program at the Washington Institute. At least for the moment, he said, they are forgiving his extravagances as Saudi Arabia prepares to lift a ban on women driving and rolls back restrictions on entertainment.

Still, Henderson cautions that Crown Prince Mohammed is treating some corners of the royal family and the religious Islamic establishment with "disdain." He's getting away with it because royals are scared and religious figures don't want to be marginalized, but the crown prince's ambition could cost him in the future, Henderson noted.

"My guess is that the ulema are waiting for him to make a big mistake or for a surprise event and for him to come to them for political help," he told CNBC in an email, using a word for religious scholars. "At which point they will say 'we warned you' and exact a price for their support."