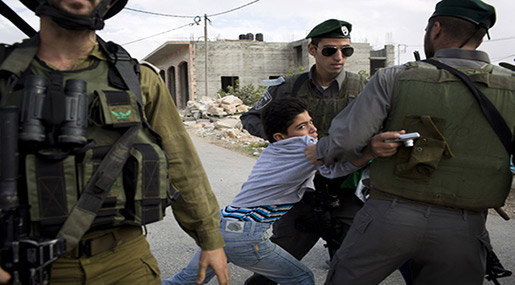 Ten members of Congress are cosponsoring a bill to bar the US from financially supporting human rights abuses of Palestinian children by the "Israeli" military. 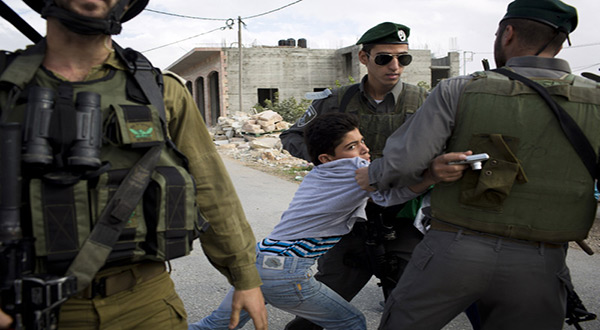 The Promoting Human Rights by Ending Military Detention of Palestinian Children Act, introduced on Tuesday, is the first ever bill to prioritize the human rights of Palestinian children as a condition for US support, according to campaigners.

The bill requires the Secretary of State to annually certify that no US funds allocated to the "Israeli" entity will have been used to "support military detention, interrogation, abuse, or ill-treatment of Palestinian children."

The legislation would block funds used by the entity to inflict "torture or cruel, inhumane, or degrading treatment," "physical violence, including restraint in stress positions," "hooding, sensory deprivation, death threats or other forms of psychological abuse."

It would also target solitary confinement, administrative detention, denial of access to parents or lawyers during interrogations and "confessions obtained by force or coercion."

It add that while "children under the age of 12 cannot be persecuted in ‘Israeli' military courts," the "Israeli" military has in the past detained children under that age for interrogations lasting hours. The sponsors rely on information from Human Rights Watch and the United Nations, as well as on the State Department's annual human rights report.

They note that the State Department's 2016 report mentioned "a significant increase in detentions of minors" and accused the "Israeli" authorities of having Palestinian minors sign confessions written in Hebrew, which most of them could not read.

The bill sends a clear message to "Israeli" officials "that widespread ill-treatment of Palestinian child detainees must end and is a direct challenge to the systemic impunity enjoyed by 'Israeli' forces" in the occupied West Bank and Gaza Strip, Parker told The Electronic Intifada.

The legislation was proposed by Rep. Betty McCollum, a Democrat from Minnesota, who in 2015 wrote a letter asking the previous secretary of state, John Kerry, to take action on the detention of Palestinian minors.

"‘Israel's' military detention of Palestinian children is an indefensible abuse of human rights. I hope this letter results in State Department pressure on the Government of ‘Israel' to end this systemic abuse immediately," McCollum wrote.

A number of members of Congress who signed that letter in 2015 have now joined as co-sponsors to McCollum's legislation. They include House Democrats Earl Blumenauer (Oregon), Peter DeFazio (Oregon), Danny Davis (Illinois), John Conyers (Michigan) and Raul Grijalva (Arizona).

The fact that the legislation drew support from 10 Democrats overall, before being formally introduced in the House, is seen as a sign of success for pro-Palestinian activists in the United States, even if the legislation does not pass in the end.