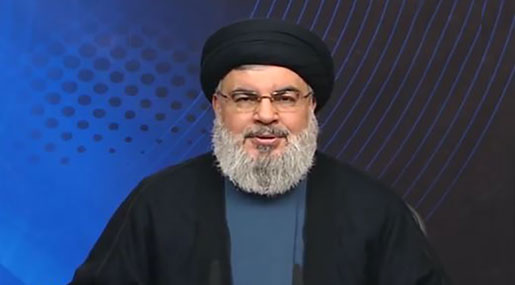 Hezbollah Secretary General His Eminence Sayyed Hassan Nasrallah delivered on Tuesday a speech in which he tackled the Liberation of Mosul as well as various Lebanese titles. 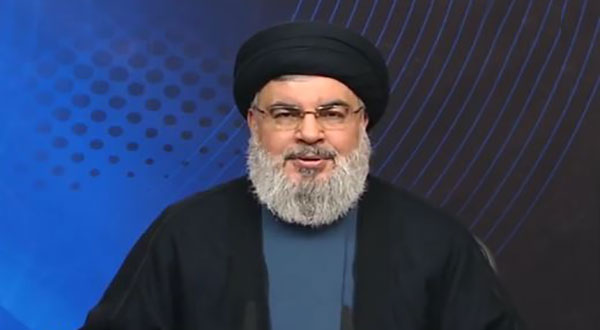 At the beginning of his speech, the Resistance Leader unveiled that "tonight I will talk about Mosul's victory in general and about some domestic issues such as the situation after the approval of the electoral law, the refugee file and the issue of Arsal's outskirts."

Hailing the liberation of Mosul from Daesh [Arabic Acronym for the terrorist "ISIS"/ "ISIL" group], Sayyed Nasrallah highlighted that "what happened in Mosul is linked to the nation's and people's destiny."

"The Iraqi victory announced by PM Abadi is a great and a very huge one," he stated.

Back to Daesh's control of Mosul, His Eminence confirmed that "some regional and international forces conspired, founded Daesh, supported it and facilitated its control of areas in Syria and Iraq."

"The Iraqis counted on their will and on God and they achieved victory," His Eminence mentioned.

"As Daesh's invasion of Mosul in 2014 was eminent," he went on to say, pointing out that "Ayatollah Sayyed Ali Sistani's historical call [Fatwa] for all the Iraqis came to fight the terrorists."

He further stated "The fatwa led to the beginning of the victories because it ended confusion and determined what enemy must be fought."

In this context, Sayyed Nasrallah explained that "from the very first moment, some tried to depict the conflict in Iraq as a Shiite-Sunni conflict and what foiled this sedition was the honest stance of Iraq's Sunni scholars."

"Some from the region [Middle East] viewed Daesh as a revolutionary movement of the Arabic Spring, welcomed it, and endorsed it. Even the countries in the Gulf [Cooperation Council] that endorsed and supported Daesh were pleased because they were eventually threatened," he added.

He also stated that "Ayatollah Sayyed Sistani's fatwa encouraged the Iraqi army and security forces and pushed hundreds of thousands of youths to join the fight against Daesh and be part of the Popular Mobilization Forces."

In parallel, His Eminence praised the fact that Imam Sayyed Ali Khamenei and many Iranian officials supported Ayatollah Sistani and all Iraqis in their war against terrorism and terrorists.

Congratulating the Iraqi PM Abadi, Ayatollah Sistani and the Iraqi people for the great victories, Sayyed Nasrallah emphasized that "The sacrifices of the all the Iraqis who fought Daesh led to Mosul's victory."

He also praised the Iraqi armed forces for not relying on "foreign entities and satellites" for support.

"These satellites are still supporting Daesh to this day," he added.

To the Iraqis, Sayyed Nasrallah sent a sounding message: "We call on the Iraqi brothers, government and parties not to settle for Mosul's victory and to keep the purification of the rest of the holy Iraqi land as their priority. This vicious terrorist presence should be eradicated."

Reiterating that the US created the Daesh terrorists and gave regional states the green light to fund and support the terrorist group, His Eminence viewed that "Iraq, Syria, Lebanon, the peoples of the region and the countries who feared Daesh are before a historic chance."

"Daesh should not be given the chance to rise anew or to receive support from anyone," he stressed.

On the internal front, Sayyed Nasrallah warned that the "talk about the legitimacy of the Syrian regime is useless."

He also unveiled that Hezbollah "urged the Lebanese government to coordinate with the Syrian government in the file of the displaced Syrian people."

"Today the regime in Syria has embassies around the world...with only a few exceptipons, they have an ambassador to the United Nations...the former French president delegitimized him, and now the current one legitimized him," he explained. "They [Syrian government] don't need legitimacy; it is already legitimate."

"In the past, people would give you a sectarian argument [on refugees]," he said. "Today, it is different." He added that it is negatively burdening Lebanon's economy and job market.

According to His Eminence, "There are humanitarian and economic reasons for the return of displaced Syrians ."

"For political and economic regions, we call for the displaced to return because it is in the interest of [both] the displaced and the Lebanese people," he concluded, dismissing claims that returning refugees would "end up in jail."

"There are refugees returning to Homs and Jarablus," he added. "Are they ending up in jail?...They were welcomed."

"We are with the continuation of this government," Sayyed Nasrallah said, adding that it's important for the government to take on different issues and to be effective.
"We are for the agreement on the [2017 draft] state budget in Parliament and the [public sector] salary scale," he added, also saying that the latter "should not be funded by the poor."

On another level, he hailed the role of the Lebanese army and security agencies in fighting the terrorists in Arsal and in the entire country.

Sayyed Nasrallah added that while "mistakes could have been made" it should not be used as a way to attack those that "spend night and day" maintaining stability and security in Lebanon.

"It's the last time I talk about Arsal outskirts," Sayyed Nasrallah mentioned, noting that "there are still people in the town of Arsal who run terrorist networks, receive suicide bombers and plan suicide attacks inside Arsal, and this is the responsibility of the state.."

"Had these cells and would-be suicide bomber been able to carry out their plots, the security, economic and tourism situations would have been very difficult.," he said , noting that "what happened in Arsal, what the army and the resistance's fighters are doing have lowered the risks without fully eliminating them."

The Resistance Leader hinted that the situation on the outskirts of Arsal has spiraled out of control, despite the Lebanese government's best efforts.

"In the outskirts of Arsal, and a portion of the terrorists are plotting from there," he said. "We said more than once, that this situation needs a solution."

"It's time to end the terrorist threat in the outskirts of Arsal," he concluded. 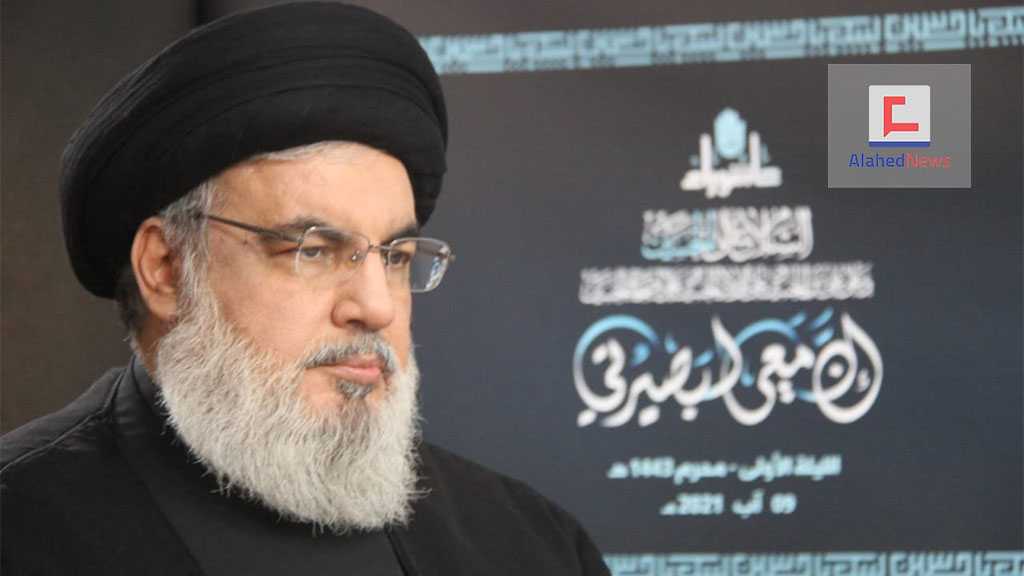 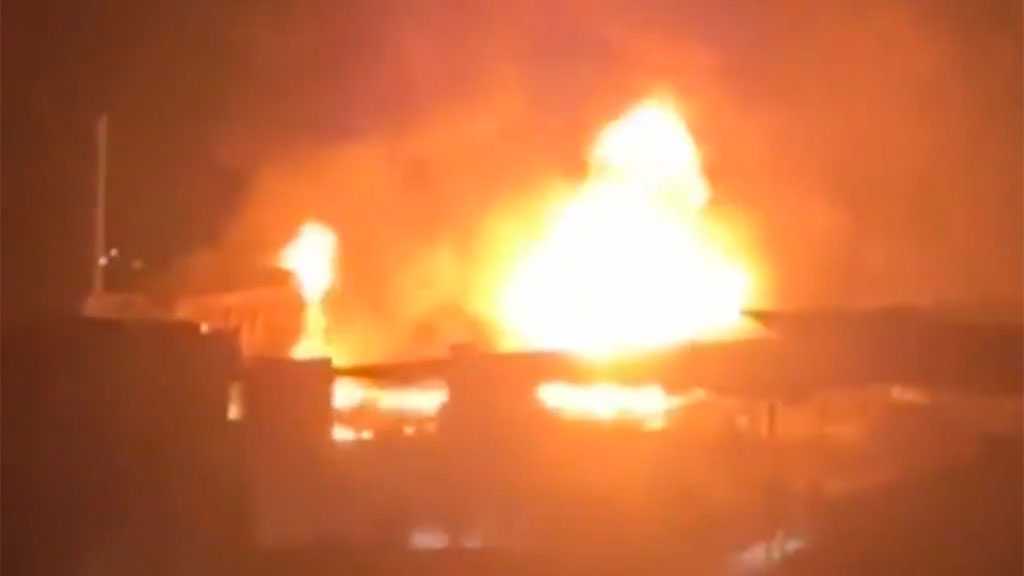 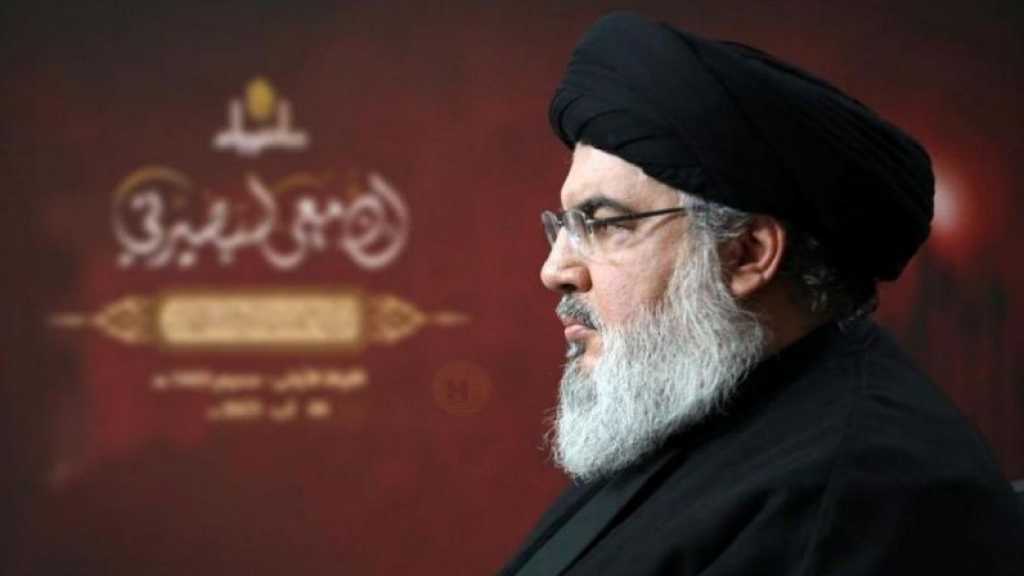 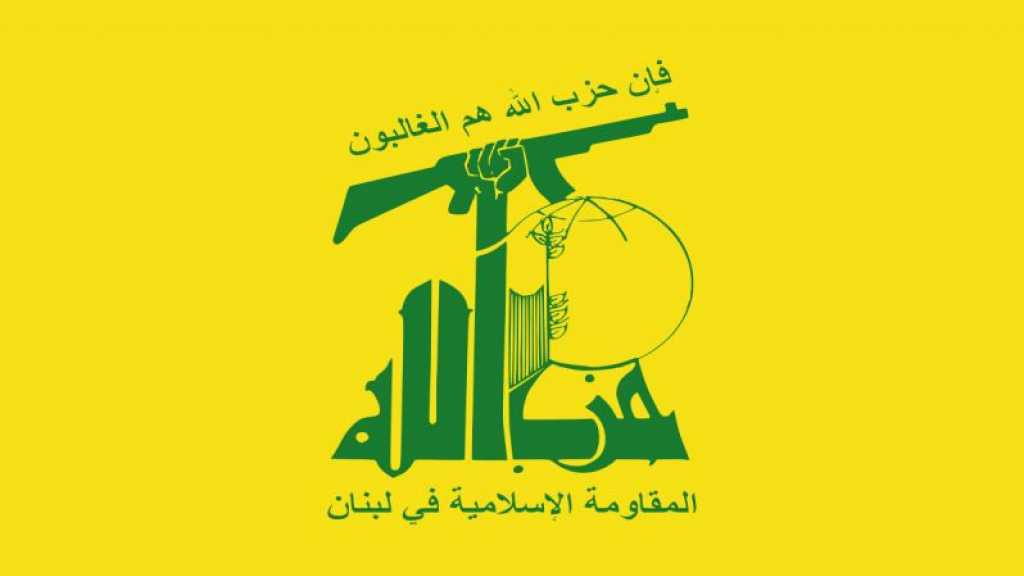