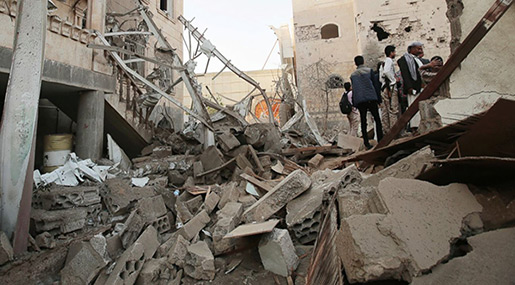 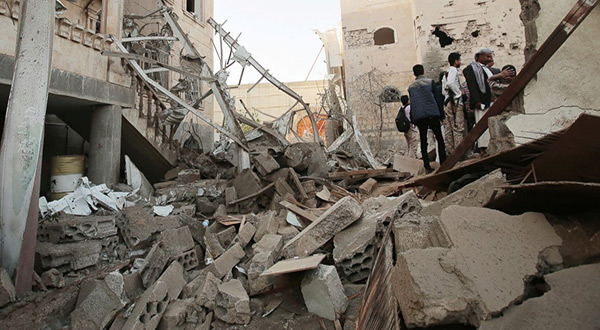 But in Yemen, it's because the Kingdom of Saudi Arabia is halting aid shipments that could stop it. Nearly 276,000 people have cholera in Yemen, according to the World Health Organization, and it's largely preventable.

"This is because of conflict, it's man-made, it's very severe, the numbers are absolutely staggering, it's getting worse," said Stephen O'Brien, the head of the UN's humanitarian efforts, in an interview with Vice News.

Much of the outbreak is localized in Sana'a, the capital city... Under constant bombardment by Saudi-led forces, the city's sewer system, power plants, and hospitals have been under strain to keep pace with both casualties and the outbreak.

The UN has called it the world's worst outbreak of cholera, according to the BBC.

Overlooked by the more geopolitically fraught contest in Syria, Yemen is yet another Arab state that collapsed after the 2011 Arab Spring. Yemen's long-time president, Ali Abdullah Saleh, endured over a year of protests from 2011 to 2012 when he resigned under Saudi pressure. That left a political vacuum in a country with fraught state management. Yemen was only united into a single country in 1990, when its Marxist, Soviet-aligned South Yemen united with its more conservative brethren in North Yemen. Even today, southerners agitate for secession.

In 2014 and 2015, Hadi fled to Saudi Arabia. The Kingdom gathered a coalition from its Gulf Arab allies and launched an invasion of Yemen later that year with some 150,000 troops. But while the invasion succeeded in ousting the Ansarullah from Aden, the country's main port, and pushed them out of the southern reaches of Yemen, the coalition foundered on its offensives towards Sanaa. Two years have passed and the coalition is nowhere closer to taking the capital city.

Already the Arab world's poorest country, Sanaa was scheduled to run out of water sometime this year, according to The Guardian. Compounding the poverty and water scarcity are the relentless coalition bombing runs, knocking out vital infrastructure like the sewage system. At least 10,000 Yemeni have been killed thus far, according to Al-Jazeera.