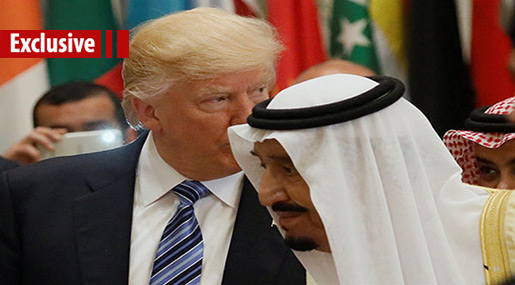 By inking an arms deal worth over USD 110 billion, Donald Trump has invariably expanded the longstanding military relationship between Riyadh and Washington even further. But has the White House gotten any closer to realizing a pan-Arab military alliance or an ‘Arab NATO'? 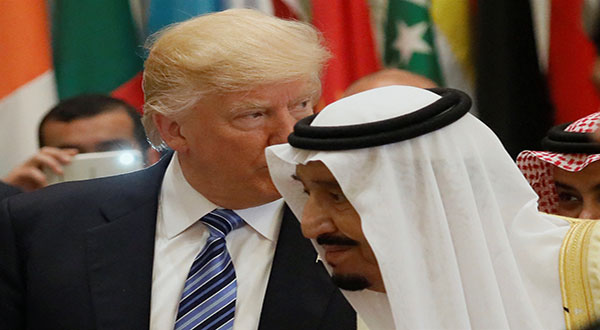 It goes without saying that the choice of Saudi Arabia as the first leg of Trump's trip is no coincidence. Washington has big plans for the region, and they appear to be firmly tied to the monarchy in Riyadh.

Saudi Arabia's King Salman greeted his guest under the slogan, "together we prevail". This new stage in the relationship between the Saudis and the Americans is certainly a far cry from the turbulent Obama years - but it doesn't exactly come cheap.

Riyadh will make USD 250 billion of commercial investments in the US, providing the Trump administration with tens of thousands of badly needed new jobs.

The monarchy will also be buying passenger aircraft, investing in US infrastructure projects, technology development, mining - the list goes on.

Of course, the real prize is in the biggest weapon sale in history, which has the potential to bring in USD 380 billion for the US over the course of a decade. Additionally, the Americans have been tasked with ‘modernizing' the Saudi armed forces, as well as helping Riyadh develop its own smart weapons.

"This package demonstrates, in the clearest terms possible, the United States' commitment to our partnership with Saudi Arabia and our Gulf partners, while also expanding opportunities for American companies in the region," a White House statement said.

Lucrative arms deals, but little else

There are many reasons for the American support of an Arab military union styled on a western alliance like NATO. The more obvious one is the fact that it all falls perfectly in line with Washington's reinvigorated efforts to isolate and undermine Iran.

However, an Arab NATO is also a goldmine for American arms exporters. A geopolitical struggle with Tehran has the potential to stretch on for decades, and NATO-styled, binding treaties would only increase the flow of American weapons across the lucrative Middle East market.

In that respect, Trump has already achieved his primary objective - squeezing hundreds of billions of dollars out of Arab monarchs for weapons they neither need, nor possess the expertise to use.

As such, an Arab NATO is a US/Saudi project with clearly defined roles: Riyadh pays, Washington provides the arms, Cairo provides the bulk of the manpower, and the ‘Israelis' pitch in largely in the field of intelligence.

Unfortunately for its chief lobbyists, the actual formation and preservation of such an alliance will not be as simple as putting pen to paper on an arms deal.

In 2015, the Egyptians were forced to shelve the idea of a so-called ‘rapid reaction force' - numbering some 40,000 troops from Saudi Arabia, Qatar, Jordan, Morocco and Sudan - due to divergent interests.

For starters, Cairo's priority is confronting terrorist groups operating in next-door Libya. Over the last few years, the Egyptians have exhibited no appetite for attacking Iranian regional allies, overthrowing the Damascus government, or getting involved in the Yemen quagmire.

These strategic differences have led most analysts to conclude that uniting Arab militaries under one umbrella remains unlikely.

Such an outlook seriously jeopardizes Washington's efforts - with the Saudis at the helm - to undermine the Iranians. The Saudis cannot operate independently. Their newest military jets are piloted by Pakistani and Egyptian pilots, while other foreign nationals are dying in droves to defend the kingdom's southern border.

The Iranians, on the other hand, are not spending billions on the latest western military technology, but do boast enormous human potential through a large, youthful population, and an impressive military history that makes them a formidable foe.

Iran is a force for stability in the region

Perhaps the biggest hurdles for the establishment of an Arab NATO lay in the widening cracks within the supposedly monolithic Gulf Cooperation Council (GCC).

In late May, Saudi Arabia, the United Arab Emirates and Bahrain blocked websites belonging to fellow GCC member Qatar - including Al-Jazeera - over statements posted on a state-run news agency.

Doha quickly claimed its official websites were hacked after statements critical of Donald Trump and praising Iran, were attributed to the Qatari emir.

"Iran represents a regional and Islamic power that cannot be ignored and it is unwise to face up against it," the emir was quoted as saying on the state broadcaster's nightly newscast. "It is a big power in the stabilization of the region."

The argument that this was the result of a simple hack is gravely undermined by the ensuing outrage that followed.

"Qatar splits the rank, sides with the enemies of the nation," Saudi Arabia's Okaz daily wrote.

The more likely scenario is that through its supposedly fake statements, Doha was sending a message to both Riyadh and Washington about its own geopolitical ambitions, which can hardly be considered compatible with those of Saudi Arabia.

Furthermore, the Qataris have gotten a lot closer to Turkey in recent years, with Ankara opening its first foreign military base in the Gulf monarchy. The two countries also back the same militant groups in Syria's Idlib, whose clashes with Saudi-backed factions are on the rise.

Meanwhile, Saudi Arabia's war on Yemen is facing its own set of challenges. Beside the obvious military failures, the Saudis and the Emiratis each have dramatically different views on the way forward.

The UAE supports the creation of an independent South Yemen and opposes wide-scale military operations against Houthi strongholds in the north. No less important are the disagreements between Riyadh and Abu Dhabi when it comes to Libya, where the Emiratis have teamed up with the Egyptians to back General Khalifa Haftar and the Libyan National Army in the east.

Needless to say, then, the formation of an Arab NATO would surely be a monumental undertaking.