For the second time after two years, a number of senior investigative
authors, journalists, filmmakers and prominent political figures took
part in Iran's International New Horizon Conference that started its
program on Monday in Tehran.

The participants came from the US, the UK, and different European
countries such as France, Holland, Germany, and other. The panels of
the conference tackled the influence of the Zionist lobby on the West
in the process of the nuclear talks and on the European and US crises,
the BDS movement, the ongoing aggressions on Gaza, resistance against
the Zionist regime, the "Israeli"-US role in the takfiri scheme as
well.

A few Iranian figures spoke during the conference among which was
Vahid Jalili, the Director of Cultural Front of Islamic Revolution. He
assured that "Israel" failed to establish its land from Nile to the
Euphrates. He also said its army is no longer known as the invincible
army, and is unable to protect itself.

Jalili stressed on the cultural aspect of recognizing the fact that
the Palestinian cause is international and humane not only Islamic and
Arab. He also underlined that efforts worldwide should be joined to
fighting the presence of a body that was entrenched in the Middle
East.

In presence of the Hamas and Islamic Jihad representatives, one of the
panels discussed practical steps to empower the Palestinians.

The Islamic Jihad representative in Iran, Nasser Abu Sharif reminded
that "Israel" has been committing heinous acts since 1948 up to this
day. "The Zionist entity has committed 44 major massacres only in
1948, when it occupied our land, 7 million Palestinians went to exile,
more than 550 Palestinian villages were destroyed, and the crimes are
still ongoing."

"Currently, the number of "Israelis" is almost equal to the number of
Palestinians, yet only 15% of the Palestinians remain in their
original land. It takes them 20 years or more to get construction
permits, if not more, and that is not restricted only to Gaza and the
West Bank. The Zionist entity is the worst regime of racism and
apartheid and yet has not been confronted like should," Abu Sharif
added.
"The "Israelis" have to understand they are not immune wherever they are."

Pepe Escobar, Brazilian Journalist and Political analyst in his speech
at the conference described World System complicated but fragile.

Escobar, also a senior political analyst expressed that the world is
currently multipolar and emerging powers seek to increase their power
by controlling over the financial system, particularly in the areas of
energy, oil and gas.

Due to this fact, Russia, China and India are looking to purchase
energy from Iran. Escobar thinks that these countries could turn to an
alternative for World Bank and be more active in world affairs.
"We could even count these countries as an alternative for NATO. All
these issues are dependent to the formation of comprehensive mechanism
among these countries which we hope to be formed in the next 5-6
years", Escobar added.

He said the intelligence case was arisen in 2003 to 2004 in line with
Neoconservatives' strategies, adding that a part of their strategies
was aimed at making sweeping changes in the Middle East region and
finally using military force against Iran.

Porter accentuated that undoubtedly, the agencies' documents on the
military dimension of Iran's nuclear program are forged.

The United States and its allies including "Israel" have accused Iran
of seeking to produce nuclear weapons. Iran has always dismissed the
allegations that its nuclear program might have military dimensions,
stressing that its program is solely for peaceful energy purposes.
Meanwhile, "Israel" is believed to possess anywhere from 75 to as many
as 400 nuclear weapons, including thermonuclear weapons in the megaton
range. "Israel" has never confirmed or denied being in possession of
the arms in line with its policy of "nuclear ambiguity."

Medea Benjamin, an American political activist, best known for
co-founding Code Pink assured during her speech that there is not even
one congress person in the US government who is ready to say ‘I want
to cut aid to "Israel", even among the progressives as they are too
afraid to take the step. 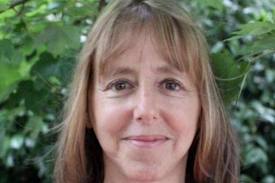 Benjamin assured that BDS; Boycott Divestment Sanctions and other
movements such as Students injustice for Palestine have become very
prominent and vibrant in the United States. She assured these
movements raise a very important issue in supporting the Palestinian
people and bringing justice to the world. The activist assured that
the effort now is to direct these campaigns correctly, and to find the
best targets to boycott such as the Ahava cosmetic products, which not
only are made by "Israel" but also steals salts from the Dead Sea.

Other good targets, according to Benjamin, are G4S company, BAE
systems, and Soda stream which are major supporters to the Zionist
entity.
In addition, Caleb Maupin, political analyst and journalist from the
International Action Center assured that the list of corporations in
charge of the economic trouble the US has been facing is almost
identical to that of the boycott list, hence proving boycott fruitful.
He stressed that boycott is one of the real keys to a major change in
the world balance that people would want to see.

Shaer: US, "Israel" behind Takfiri Movement

UK activist and lawyer Issa Shaer highlighted that the Takfiri
movement in Syria and Iraq, also targeting parts of Lebanon is not
related what so ever to Islam. "These movements have destroyed
infrastructure, killed and injured people, destroyed homes on the head
of its inhabitants."

Accusing the US and "Israel" of blatantly supporting the takfiri
movements, he questioned how can these movements have so many fighters
pouring into Syria from more than 81 countries, tremendous arms and
capital, and so much support too from Arab US-allies such as Saud
Arabia.
He also underlined that these takfiri movements will be at the heart
of the US, UK and the West stating "I fear radicalism in the U and the
West more than I fear it in the Arab world, it is a real threat that
we all should stop."

Also among the participants were French journalist and political
activist Thierry Meyssan, American Historian and Researcher Randy
Short, American investigative journalist Wayn Madsen, former mayor of
Bellflower, California, was the Libertarian candidate for Vice
President in the United States presidential election in 2000 Art
Olivier and others.

The first edition of the International New Horizon Independent
Conference was presented in 2012 along with a film festival centered
on the related issues.