North and South Korea agreed Wednesday to reopen their Kaesong joint industrial park on a trial basis from next Monday, five months after it was shut during soaring military tensions. 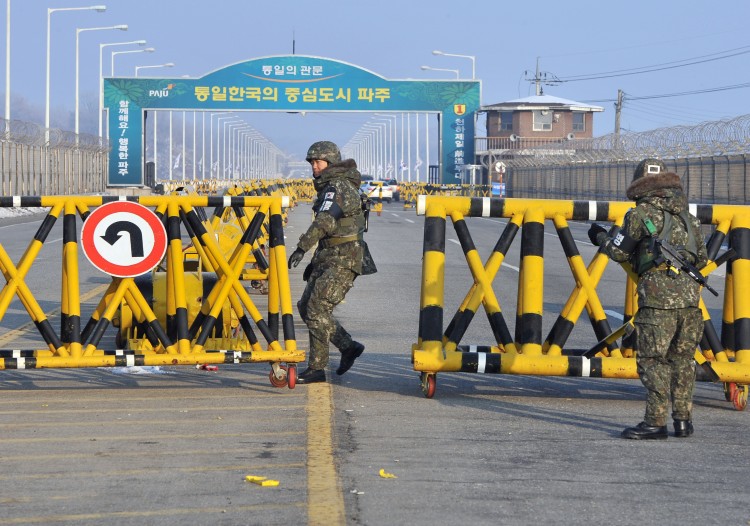 The setting of a date came after a marathon negotiating session that ran through the night, and marks a tangible step forward for recent efforts to improve cross-border relations.

"The institutional foundation has now been laid for Kaesong to develop into an internationally competitive and stable industrial complex," the South's Unification Ministry said in a statement.
The two sides agreed that operations at the South-funded complex that lies 10 kilometers over the border in North Korea would "resume on a trial basis from September 16," it said.
Born out of the "sunshine" reconciliation policy initiated in the late 1990s by then-South Korean president Kim Dae-Jung, Kaesong was established in 2004 as a rare symbol of inter-Korean cooperation.

It provided an important hard currency source for the impoverished North through taxes, other revenues, and its cut of workers' wages.
Each side blamed the other, with the North insisting its hand was forced by hostile South Korean actions - in particular, a series of joint military exercises with the United States.
As military tensions eased, the two Koreas agreed last month to work together to resume operations at the zone.

As part of the deal, the North accepted the South's demand that Kaesong be opened to foreign investors - a move seen by Seoul as a guarantee against the North shutting the complex down again in the future.
Wednesday's agreement, which followed talks that began Tuesday morning and continued through the night, includes plans to host a road show for foreign investors at Kaesong in October.

Pyongyang's official Korean Central News Agency confirmed an agreement had been reached but offered no details beyond the September 16 re-opening date.