A Bahraini appeals court on Wednesday upheld a death sentence and a life-term respectively passed on two protesters under the claim of murdering a policeman during last year uprising. 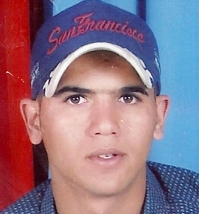 The court upheld the death sentence handed down in September 2011 to Ali al-Taweel and the term of life imprisonment given Ali Shamlo, both jailed under the claim of running over policeman Ahmed al-Mreyssi.

The attack is said to have taken place in the village of Sitra during unrest in the wake of a government crackdown on demonstrations in mid-March 2011.
Both men said they will appeal at the court of cassation.
The sentences were first handed down to the protesters by a court set up under a state of national safety, a lower level of emergency law declared by King Hamad in mid-March 2011.

Last December, a Bahraini court commuted to life imprisonment the death sentences of two other protesters convicted of killing two policemen during unrest in 2011.
The court reduced the terms of four others held over the same case from life imprisonment to 15 years in jail. A seventh defendant, whose sentence was also commuted to 15 years behind bars, remains at large.
Such trials have been criticized by the UN's High Commissioner for Human Rights,. Navi Pillay to represent "political persecution", while Amnesty International said such verdicts are a "travesty of justice".

Meanwhile, al-Wefaq opposition group condemned "such oppressive verdicts against activists and dissidents for their practice of freedom of expression and assembly in the pro-democracy uprising."
It further accused the regime of using shame trials to punish dissidents who are coerced into confessions under torture. "Confessions the prisoners made were extracted under torture," it said.