Incumbent US President Barack Obama has managed to make it to office for a second term, according to media projections of the vote tally so far. Obama received his first ‘congrats' from the "Israeli" entity, which for its part assured strong US-"Israeli" relations are incessant. 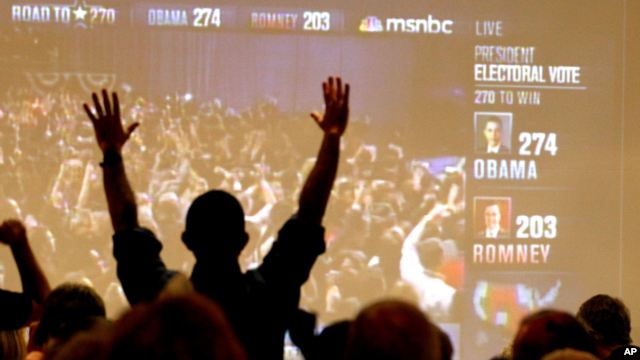 Obama's narrow victory in Ohio, Wisconsin, Iowa, Pennsylvania, and New Hampshire, where the voting process started out on Tuesday, effectively secured him the 270 electoral votes required to usher in a repeat of his presidential tenure. Major US television networks had predicted that Obama would at least win 274 Electoral College votes, AFP reported.
Among the first to congratulate Obama for winning a second term were "Israeli" officials, including Prime Minister Benjamin Netanyahu, war minister Ehud Barak, and the "Israeli" ambassador to the US Michael Oren.

Netanyahu congratulated Obama for winning, and said the strategic alliance between their two countries was "stronger than ever".
"I will continue to work with President Obama to ensure the interests that are vital for the security of "Israel's" citizens," Netanyahu said in a short written statement after Obama gave his victory speech.

Calling the American-"Israel" relationship "intimate," Ambassador Oren said, "I don't expect any change in a second term." He said, "The relations are just fine. President Obama himself said that he has met and talked more with the "Israeli" prime minister than with any other leader in the world. These close relations with continue."
Barak, in his turn, congratulated US President Barack Obama for his election victory, and expressed confidence that the basis of the US relationship is support for the "Israeli" entity's security. 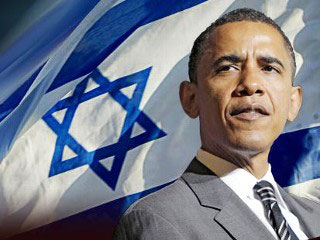 "I have no doubt that the Obama government will continue with its policy that is rooted in support for the security of "Israel", and which strives to cope with the challenges the region places in front of all of us, while striving for progress in the peace process," Barak said.
"I believe that in the tradition of deep friendship and on the backdrop of shared experiences accumulated with President Obama we will be able to overcome any of our differences."
As for Deputy Foreign Minister Danny Ayalon, he posted on his Twitter account: "Congratulations to President Obama, and the American people, on his re-election. President Obama will be an excellent President for "Israel"."
"Israeli" vice prime minister Silvan Shalom's stance was not much different. He congratulated US President Barack Obama on his reelection, saying the Jewish state expected ties with Washington to remain strong.

Assuring a common pint between US consecutive presidents, he told "Israel's" public radio "All the US administrations have supported "Israel" on the political, security and economic fronts because we have common interests and values."
"Barack Obama has been with us during the most sensitive moments," he added.
Obama's Republican rival in the US presidential election, Mitt Romney has called the incumbent, conceding defeat in the race.

The victory, which occasioned euphoria in Obama's hometown of Chicago, makes him the second Democrat to win a second four-year-long White House term since World War II. Setting record, the electoral campaign cost the country some USD six billion.

Topping the list of issues to tackle is the country's USD-one-trillion annual deficits and USD-16-trillion public debt among other sizeable tasks.