The veteran American journalist, Sunni Khalid, has been fired after referring to "Israel's" occupation of Palestinian and Syrian land as "brutal." 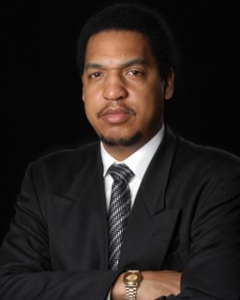 According to news agencies, US managing editor at WYPR-FM in Baltimore was dropped from the public radio station on Thursday after more than nine years on the job.
He had been on probation following criticism of comments he made on "Facebook" about "Israel's" continued illegal occupation of Palestine.

"I, for one, have had enough of this pandering before the "Israeli" regime," he wrote stressing that "the war-mongering toward Iran has, once again, distracted the world from "Israel's" brutal military occupation of the West Bank, East "Jerusalem", and the Golan Heights."
Khalid, who previously worked for National Public Radio, has also written for Time Magazine, The Washington Times, and USA Today.

It's worth mentioning that many US media outlets have went into a series of firing famous figures for criticizing "Israel" among whom is Helen Thomas, former CNN correspondent in the White House.