Exclusive to Moqawama By Brenda Heard

‘With me you have a prime minister whose belief in "Israel" is indestructible', David Cameron assured over a thousand supporters of a private security organization that polices the English Jewish communities. While his commitment has long been common knowledge, his word choice underscores the need for concern.

When we say we ‘believe in' something, we are making a personal value judgment. Whether we ‘believe in' God, or we ‘believe in' drinking five liters of water a day, the phrase means that we think the concept is valid. The British Prime Minister's word choice points to a political phenomenon: "Israel" has never been a traditional state as much as it has been an ethos. From the beginning, the "Israeli" project has been an ideology imposed at the expense of those whose only fault was to have been caught unawares on a coveted land.

Indeed the whole of Cameron's speech, which can be read here, exudes a passion for a conceptual people under siege. Cameron thus describes his belief in the "Israeli" project as ‘indestructible'-defensively and defiantly ‘indestructible'.

The need for concern lies with his personal adulation dictating the terms of his political management. Certainly, to guarantee equal rights for English people of all religious faiths is admirable. But throughout his speech Cameron equates ‘Jewish' with ‘Israeli'-as if all London Jews were pro-"Israeli" (they are not) and as if all "Israelis" were Jewish (they are not). Such a stance discredits both demographics. Likewise, his promise that he ‘will always be an advocate for the State of Israel' denies the possibility of a conflict of interest with his sworn duty as Prime Minister to be faithful and bear true allegiance to Her Majesty Queen Elizabeth: to be an advocate for the United Kingdom.

Equally as worrisome, though, is the Prime Minister's characterization of the recent upheavals in the Arab world. Cameron notes that ‘this instability may seem a cause for concern for Israel', but he then shrewdly reassures his audience. This is a ‘precious moment of opportunity', he says. ‘We want to see "Israel" driving the process, which means seizing the initiative. Doing so is absolutely vital'.

Vital to whom? Is it vital to the Libyan people against whom Muammar and Saif Al Islam Gaddafi are using mercenary weapons outsourced from similar "Israeli" ‘security firms'? No, not vital, but lethal to those seeking redress.
Cameron devotes a significant portion of his speech to discussing the Arab uprisings as an ‘opportunity' for "Israel" and its Western patrons to remake the region to better suit themselves. This myopic exploitation typifies the pattern of defining all matters and all peoples of the Greater Middle East in terms of the Western-"Israeli" Alliance.

A spirit of entitlement and superiority has for many long and bloody years pervaded Western foreign policies. Many of those who have been suffocated by such attitudes have at last realized that they deserve to decide for themselves their own business.
A state is a dynamic entity. No state comprises people of identical values. Its success lies in achieving a balance in the cultural expression of those values. But this balance cannot be imposed. It can be determined only by the people themselves.

The Arab peoples have had enough of the condescending advisories from those who have their strategic eye on Aladdin's cave. The Arab peoples do not benefit from the dubious money-maker George Soros to sort out on the BBC the Arabs' handling of their own natural resources. Nor do they need David Cameron's vision of ‘stability and security for all.' Because his vision is simply not for all. He said it himself: he will always be an advocate for the State of "Israel". 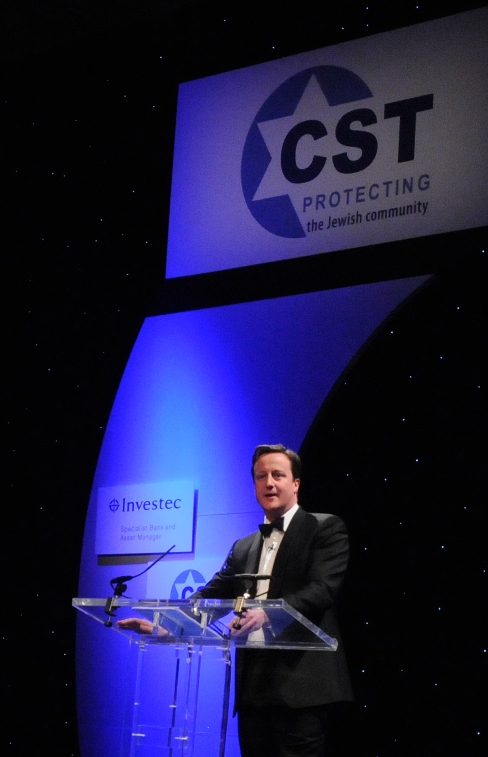