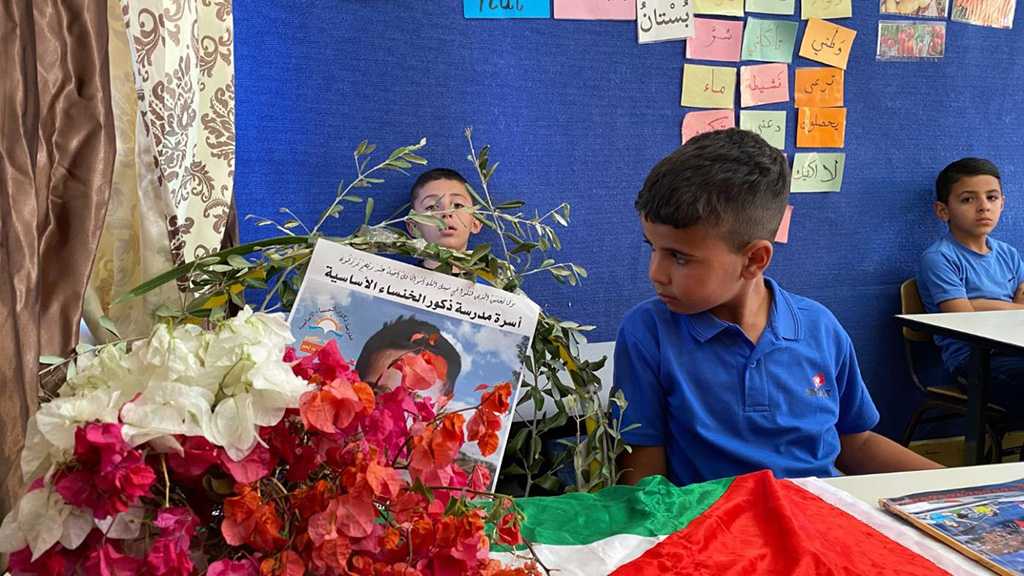 Last week, the schoolboy died of an apparent heart attack after he was chased by “Israeli” soldiers in the occupied West Bank city of Bethlehem. He was seven years old.

At the start of the new week, Sulaiman’s second grade classmates at al-Khansa elementary boys' school are filled with grief and sorrow.

The school day began with friends reading out elegies they had written in honor of their friend.

Writing in the voice of Rayyan, one read: “Mother, I ran a lot and outran them, but I got tired and my heart failed me. Now it rests forever.”

Another one read: “My friend Rayyan, you were martyred and the joy in our school died, and the smiles left our faces.”

After school on Thursday, Rayyan and his brothers were returning to their home in the village of Taqoua, east of Bethlehem [Bayt Lahm], when “Israeli” soldiers began chasing them.

The boys were wanted for questioning over stone-throwing, but the chase, which went on for about three kilometers, ended with a heart attack for the frightened child after soldiers came to his home.

“When the soldiers arrived at the house, they started knocking on the door violently and shouting, demanding that Rayyan be handed over,” Yasser Suleiman, the boy’s father, told Middle East Eye.

“I opened the door and started explaining to them that Rayyan is a child no more than seven years old, but they insisted that I bring him to them,” he said.

Meanwhile, Rayyan, who had made it home, shook in fear as he listened to the soldiers. He ran quickly towards the back door of the house. When his father went to get him, he found him lying on the ground, unconscious.

A medical autopsy confirmed that Rayyan suffered a shock that led to his sudden heart attack. His family said that an otherwise healthy child was scared to death by “Israeli” soldiers.

The “Israeli” army said the seven-year old’s death was unrelated to its actions. The United States has called for a "thorough and immediate" investigation into his death.

Rayyan’s school bag now sits on his grave. Next to it there is his national education book, opened to the last lesson, entitled, “Draw my country”. There, Rayyan had colored the Palestinian flag and written a caption: “I love you my homeland.”

‘Sadness will overshadow us forever’

Despite the many guests and mourners filling the family’s home, the house seemed sad and lifeless.

Rayyan’s brothers Khaled, 12, and Ali, 10, had left the guest room and headed to their bedroom, each one sitting on his own bed. Next to them, Rayyan’s bed was empty.

The boys’ room has three beds, with no posters on the walls and no toys scattered about. Rayyan had scribbled numbers on the wall next to his bed to help with his counting practice. Above the bed, a window looks out onto the “Israeli” settlement of “Tekoa”, three kilometers from the village.

Being chased and harassed by “Israeli” soldiers was nothing new for Rayyan, his brothers and other children in the village, especially when returning from their school, which is located on a settlers-only road.

“The ‘Israeli’ soldiers scare our children all the time, stalking and yelling at them, and repeatedly threatening them with physical gestures,” said Suleiman.

As a result of continued harassment, the 39-year-old told MEE his child developed an anxiety that disrupted his sleep.

“Rayyan had not been sleeping normally since the beginning of the term last month. He used to wake up in terror, screaming and saying that soldiers were chasing him,” the boy’s father said.

“His nightmare has turned into reality. My child died out of fear.”

Rayyan’s mother sits silent and sad, unable to speak to the media. There are no words for her grief, despite her husband’s best efforts.

“Our lives will never be the same again. Sadness will overshadow us forever.”

A few meters away from the home, confrontations broke out again between Palestinian villagers and “Israeli” soldiers after settlers removed Palestinian flags from the village’s entrance.

Tensions have been high in Taqoua since Rayyan’s death on Thursday, with residents taking to the streets to express their anger.

Al-Khansa elementary boys' school, established in 1960 with a capacity for 270 pupils, is located in an area designated as dangerous because of the almost daily attacks it is exposed to from the “Israeli” army and settlers.

Mona Abdullah, the school’s principal, said assaults often start in the early hours of the morning.

At first, students are forced to cross the settlement road alone because the army does not allow their families to park their vehicles at the school gate. This “puts them at risk of being run over by settlers' cars”, Abdullah explained.

The school submitted a request to the “Israeli” army to put traffic lights and draw a pedestrian line in the area, Abdullah said, but the “Israeli” authorities refused.

Additionally, school students have to navigate shots fired by troops in the area and being pursued by them, Abdullah said.  “Children at school are always in a state of tension and fear because of the army's practices,” she told MEE.

“This harms their psychological state and negatively affects their academic achievement."

Crisps and a chocolate bar

Inside the school, Rayyan’s classmates hung drawings of him on the blackboard ahead of the morning class.

“I love you Rayyan,” one read, written next to a Palestinian flag.

Looking out of the classroom window, the pupils were distracted, unable to fully grapple with the meaning of Rayyan’s loss.

“On Thursday, we bought crisps and a chocolate bar and ate together, then we went to the school garden and played on the swings,” Ahmed Jamal, Rayyan’s close friend, told MEE.

When school ended, the two students went to their respective homes, but promised to continue a game they had been playing when they met up on Sunday.

"We loved playing hide and seek,” said Jamal. “Rayyan was very good at disappearing for a long time before I could find him,” the seven-year old added before suddenly stopping, his mind elsewhere.

Despite the sadness that hangs over the school, teacher Alaa al-Rishq kicked off the first mathematics class, writing some equations on the blackboard next to drawings of Rayyan.

“Rayyan was a quiet and shy kid, he was always hesitant to take part in the class even though he was very smart,” al-Rishq told MEE.

“On Thursday, Rayyan surprised me at the end of class when he came over and told me that he loved me,” the teacher added.

“I will never forget him, and the sadness of losing him will remain in our hearts forever." 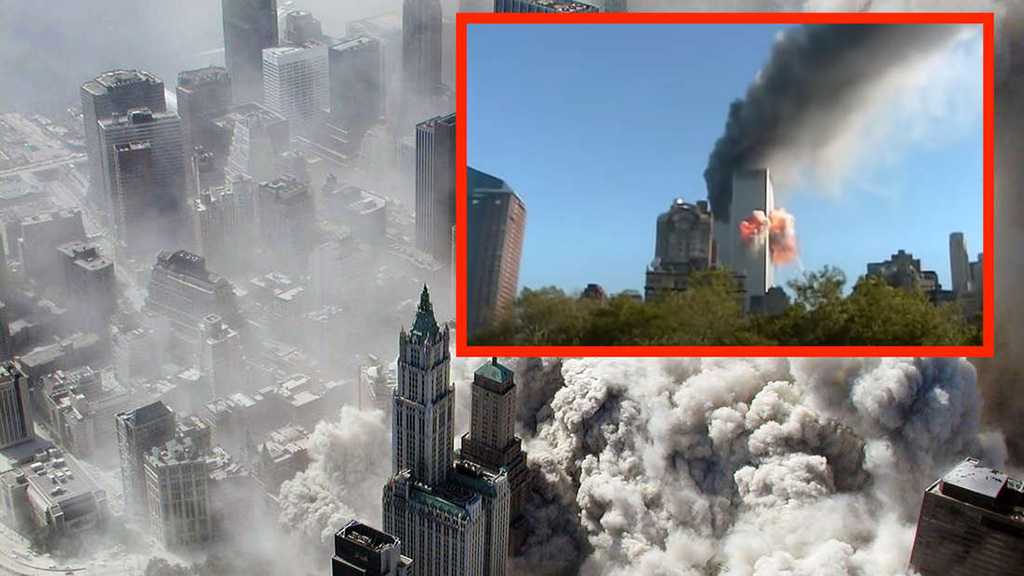 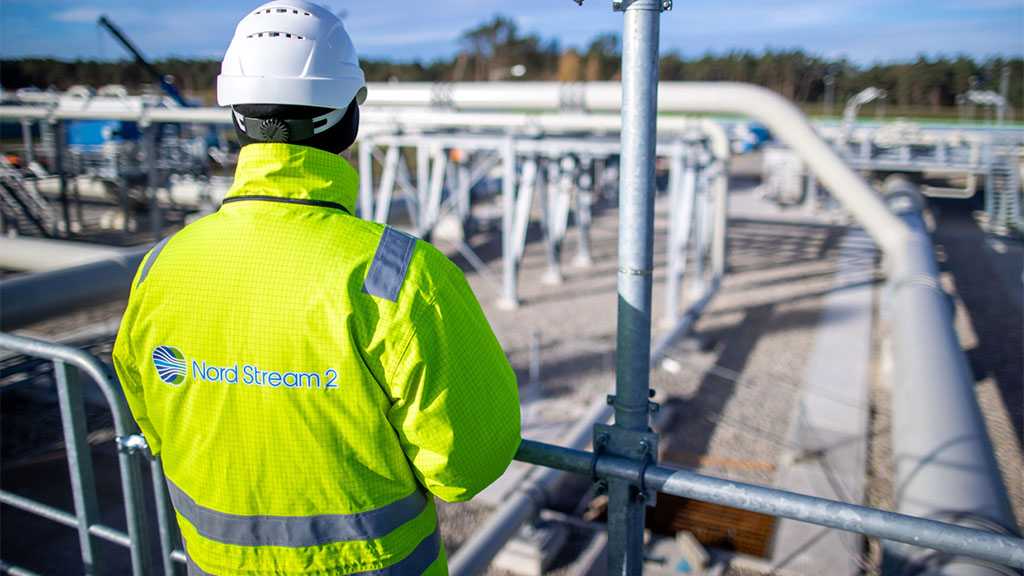 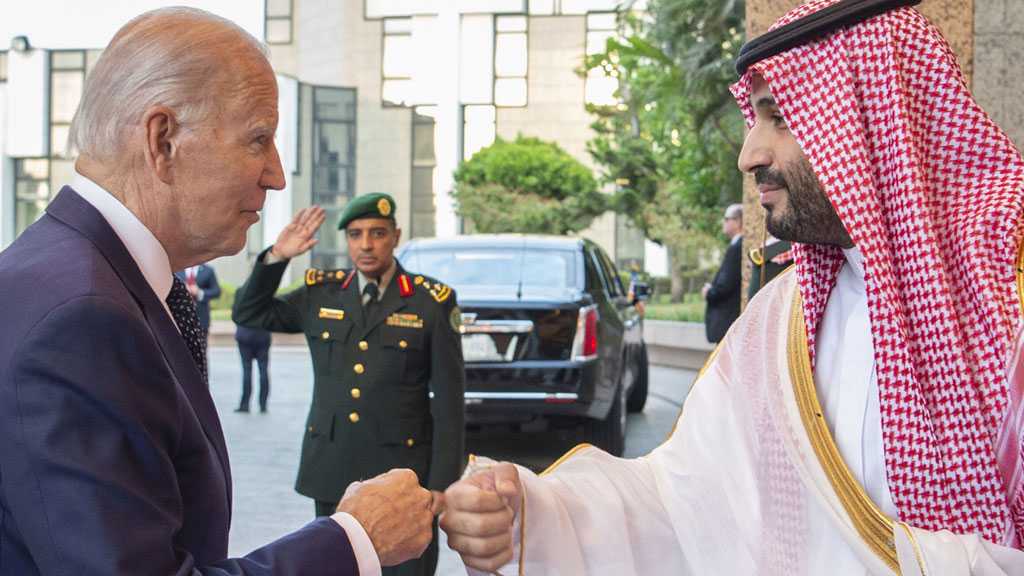