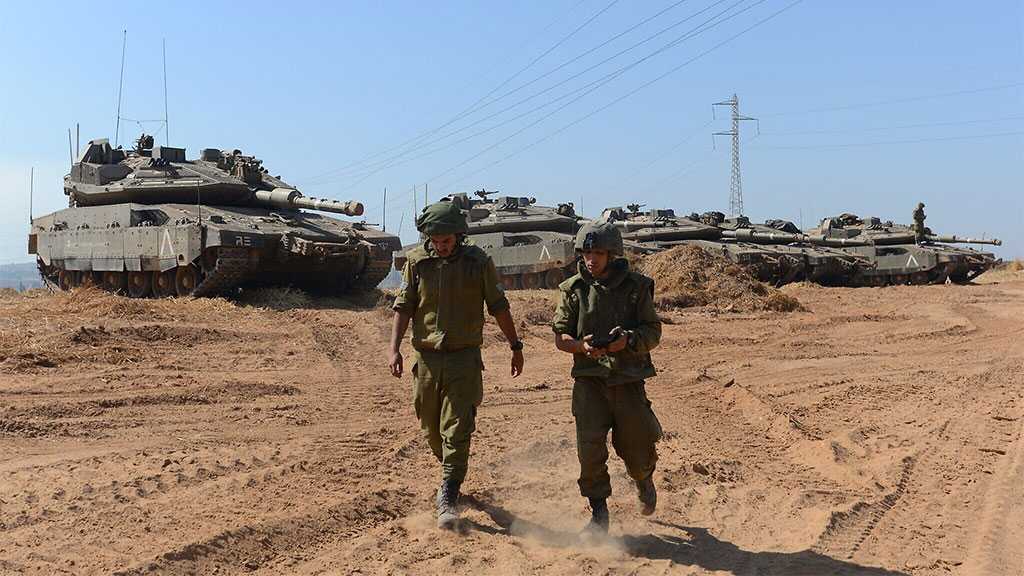 The ‘Israeli’ occupation military launched an unannounced exercise simulating a ground attack scenario in the besieged Gaza Strip, as the apartheid regime keeps up its atrocities against Palestinians.

An ‘Israeli’ television channel revealed that the regime’s military carried out a surprise drill in a base near al-Naqab region to practice for an incursion into the Gaza Strip, the Palestinian Arabic-language Sama news agency reported on Thursday.

According to the report, ‘Israeli’ occupation troopers were summoned without prior notice and took part in the training exercise, claiming that the war in Gaza may break unexpectedly and abruptly.

Jasem al-Barghouti, a West Bank-based official with the Palestinian resistance movement Hamas, cited the fatal shooting of 20-year-old Palestinian Rafiq Riyad Ghanam near Jenin on Wednesday, saying that ‘Israel’ has left Palestinians no option other than “intifada,” an Arabic word meaning rising up against ‘Israeli’ aggression.

“The occupying Zionist regime is pressing ahead with its murders and Rafiq Ghanam’s martyrdom is sounding the alarms,” he said, adding, “we have no choice but to start another intifada and an overwhelming revolution to set the scene to guarantee the destruction of the settlements, banishment of the occupiers and protection of the [Palestinian] land and the people.”

Palestinian resistance groups and activists have frequently warned that the ‘Israeli’ practices and settler “assaults” against Palestinians in the West Bank will lead to a new intifada.

The first Palestinian intifada erupted in Gaza in 1987 and lasted six years. ‘Israeli’ suppression of the Intifada left 1500 Palestinians dead and tens of thousands injured. The second Intifada, also known as the al-Aqsa Intifada, began on September 28, 2000, when the Zionist regime stormed the holy al-Aqsa Mosque with thousands of troops deployed in and around the Old City of al-Quds.

More to the point, last May, the Tel Aviv regime waged war on Gaza, but it was faced with a strong reaction from the Gaza-based resistance groups, particularly Hamas, which launched thousands of rockets into the ‘Israeli’-occupied territories in response.

The war, also known as Operation al-Quds Sword, only lasted for 11 days. Overwhelmed by the significantly developed military capabilities of Palestinian resistance factions, the Zionist regime was forced to announce a unilateral ceasefire.