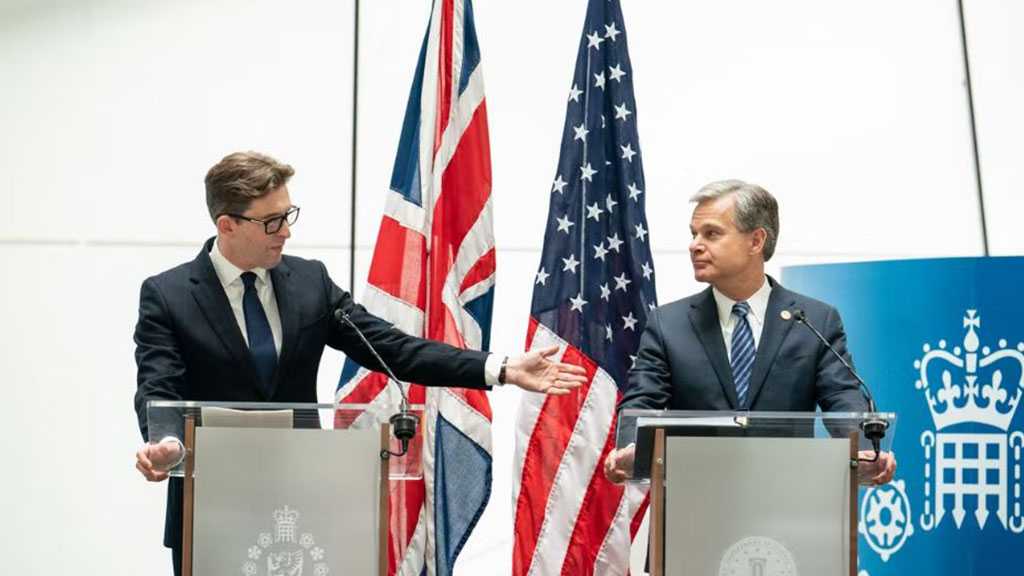 The heads of the United Kingdom and the United States’ domestic intelligence services have raised alarms about Chinese economic espionage in a rare joint address in London.

Ken McCallum, the director of the UK’s MI5, said on Wednesday that the Chinese government’s “covert pressure across the globe” amounts to “the most game-changing challenge we face”, while Chris Wray, the director of the Federal Bureau of Investigations [FBI], warned Western firms that Beijing was determined to steal their technology for competitive gain.

China immediately rejected the accusations as “groundless”, labelling them an attempt to “smear” its political system.

McCallum and Wray’s address was their first joint appearance and took place in London’s Thames House, with officials and business executives in attendance.

The Chinese threat “might feel abstract. But it’s real and it’s pressing,” McCallum said. “We need to talk about it. We need to act.”

He said the MI5 had sharply expanded its China-focused operations.

“Today we’re running seven times as many investigations as we were in 2018,” he said. “We plan to grow as much again, while also maintaining significant effort against Russian and Iranian covert threats.”

McCallum claimed that “The Chinese intelligence takes a slow and patient approach to developing sources and gaining access to information, and few of those targeted recognized themselves as such.”

Meanwhile, the FBI director repeated that message, calling China’s actions a “complex, enduring and pervasive danger” to the US, the UK, as well as other allies.

Wray said China was “set on stealing your technology, whatever it is that makes your industry tick, and using it to undercut your business and dominate your market.”

He added that the Chinese government’s hacking program was “bigger than that of every major country combined.”