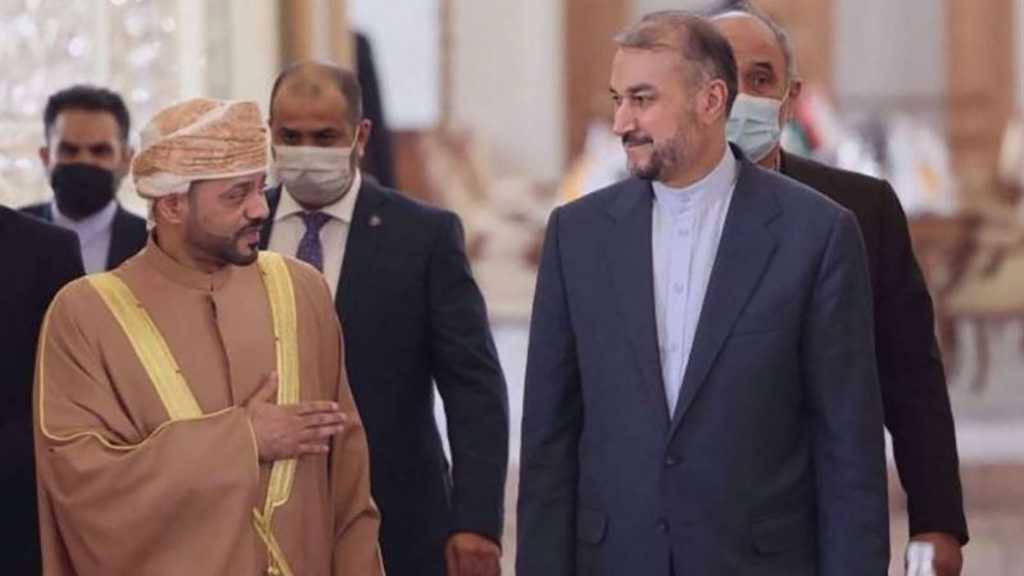 Iran’s Foreign Minister Hossein Amir Abdollahian told his Omani counterpart that the fate of the grueling talks to bring the US back into compliance with a 2015 nuclear deal depends on Washington's seriousness, initiative, and flexibility.

Reiterating the Islamic Republic of Iran's commitment to reaching a "enduring and strong" agreement with his Oman counterpart Sayyid Badr Albusaidi over the phone on Monday night, the Iranian foreign minister stated that constructive negotiations require seriousness, initiative, and flexibility on the American side.

Two days of talks in Qatar's capital on how to lift sanctions on Iran ended last Wednesday, with the two sides agreeing to keep in touch "about the continuation of the route and the next stage of the talks."

On the eve of the Doha talks, the Iranian foreign minister said Oman had also proposed to host negotiations on the removal of the sanctions. In their talks Monday, Albusaidi spelled out his country's views regarding the need to reach a conclusion and a final agreement in the negotiations. He said Oman has always supported fulfilling Iran's legitimate demands.

On Sunday, Iran's top negotiator Ali Bagheri Kani said Tehran and the European Union were finalizing the time and location of the next round of the talks.

The negotiating sides are trying to break a months-long impasse that has stalled the Vienna talks.

What prevented the Doha negotiations from coming to fruition was the US insistence on its proposed draft text in Vienna that excluded any guarantee for Iran’s economic benefits.

Over 11 months of talks between Tehran and the West stalled in March, chiefly over Washington’s refusal to undo all its past wrongs.

"The Americans must provide the guarantees demanded by Iran to make sure that they do not stab us in the back like in the past. The Europeans are more interested in Iran today because they need oil because of the war in Ukraine," Mohammd Marandi, an advisor to the Iranian negotiating team, said last Wednesday.