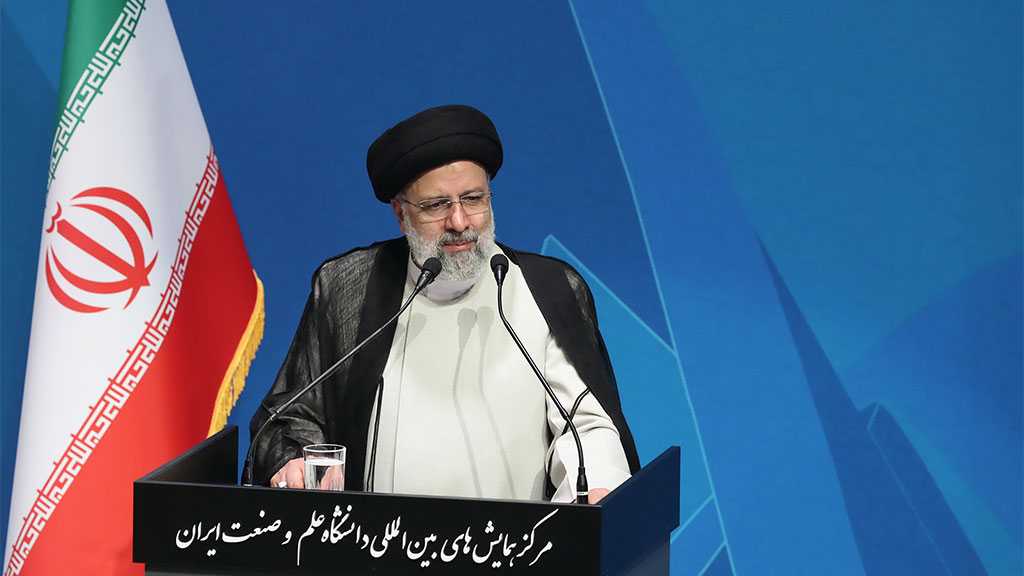 Iranian President Sayyed Ebrahim Raisi pledged “no retreat” and “no pause” in the country’s scientific progress under his administration, saying the march forward will continue irrespective of the enemy’s efforts to cause otherwise.

Raisi made the remarks in a ceremony held to praise high-achieving professors and students at the Iran University of Science and Technology on Monday.

“Once some believed in this country that we should not unveil satellites built by [Iranian] experts to avoid giving the enemy any excuses,” he said. “But the situation has changed today, and we will not tie the country’s scientific progress to others’ frowns or smiles.”

Noting that Iran made considerable progress in areas targeted by sanctions, Raisi added that “we are allowed to neither retreat nor pause. We have only one option and that is to make progress in all fields.”

Elsewhere in his remarks, Raisi recounted that nuclear weapons have no place in Iran’s defense doctrine. “We have announced this so many times,” he stated.

Throughout the years, Iran has repeated ad infinitum that its nuclear program is for purely peaceful purposes and that it has no intention of developing nuclear weapons.

Furthermore, Leader of the Islamic Revolution His Eminence Imam Sayyed Ali Khamenei has even issued a fatwa [religious decree] declaring that the acquisition, development, and use of nuclear weapons violate Islamic principles and are therefore forbidden.

Nevertheless, Iran’s nuclear capabilities have been met with US-led sanctions against the country with the intention of hampering Tehran’s technological advancements.

As a signatory to the Non-Proliferation Treaty, Iran also signed an agreement with world powers in 2015, agreeing to certain limits on its nuclear program in exchange for the removal of sanctions.

However, the US unilaterally left the deal, officially called the JCPOA, in 2018 and reinstated the draconian economic sanctions that the pact had lifted. In response, Iran has begun to advance its nuclear program beyond the limits set by the JCPOA, prompting the original signatories to try to restore the deal.

In his Monday remarks, Raisi further said that despite the pressure the Islamic Republic is facing, “we will not hesitate to take advantage of nuclear technologies and make progress in this regard.”

He also lamented that unlike Iranian scientists, there are scientists in the world whose scientific achievements have resulted in authoritarianism, obliteration, or created an obstacle in the path of people’s progress.