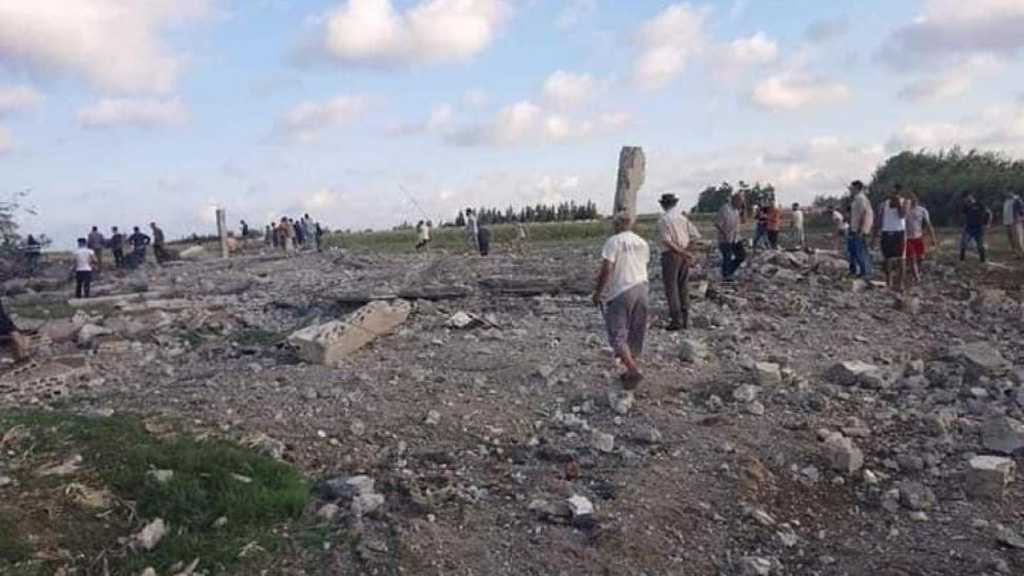 Russia has demanded an unconditional cessation of "Israeli" strikes on Syria, saying they are unacceptable.

The “Israeli” entity launched an "air aggression" from the Mediterranean west of Lebanon's second city Tripoli on Saturday, with several missiles targeting an area to the south of Syria's port city of Tartus.

The attack was the first since new prime minister Yair Lapid took office as the head of the entity's interim regime ahead of a Nov. 1 election.

"We strongly condemn such irresponsible actions that violate the sovereignty of Syria and the basic norms of international law, and we demand their unconditional cessation," the Russian foreign ministry said.

The Syrian ministry of defense said the strikes injured two civilians and caused some material damage.

The entity has staged hundreds of strikes in Syria over the years but rarely acknowledges or discusses such operations. Analysts say the attacks are a knee-jerk effort by the regime to prop up terrorist groups which are on their last legs in the Arab country.

Quoting a military source, Syria’s state news agency SANA said the missiles were launched Saturday by “Israeli” fighter jets over the Mediterranean Sea, west of the northern Lebanese city of Tripoli, at the Syrian town of al-Hamidiyah, south of Tartus.

According to SANA, “poultry farms” were targeted in the airstrike, and two civilians were hurt. Damage was also caused to the site.

Last month, the Damascus International Airport was targeted in a major attack and forced to be shuttered for two weeks.