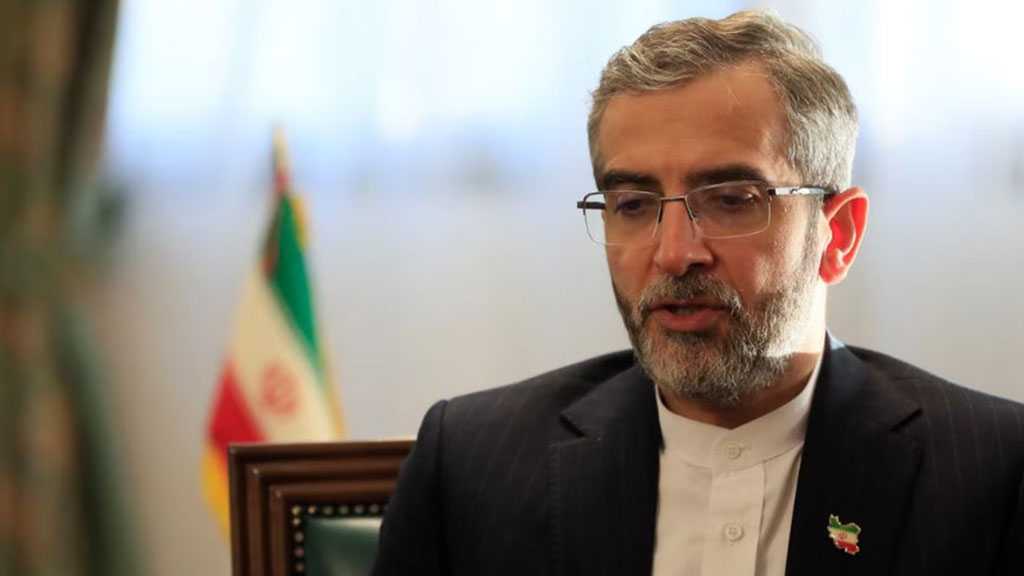 Iran’s top nuclear negotiator in the talks on saving the 2015 deal and lifting the sanctions against Tehran said the time and place of the next round of negotiations are being finalized.

Ali Baqeri-Kani told reporters on Sunday that the recent indirect talks between Iran and the United States, mediated by the European Union, were held in the Qatari capital of Doha within a pre-planned framework.

“The talks will continue based on an agreement between Iran and the other side, namely [European Union deputy foreign policy chief Enrique] Mora,” Baqeri-Kani, who also serves as Iran’s deputy foreign minister for political affairs, said.

"The date and venue of the next round of the negotiations are being finalized through our exchanges with Mr. Mora," the top negotiator added.

Iran and the US concluded two days of indirect talks in Doha on Wednesday, in a high-stakes diplomatic process aimed at breaking the stalemate in the efforts to restore the JCPOA.

The talks in Doha follow seven rounds of inconclusive negotiations in the Austrian capital of Vienna, which began in April last year to revive the ailing multilateral agreement, which was unilaterally abandoned by former US president Donald Trump in May 2018.