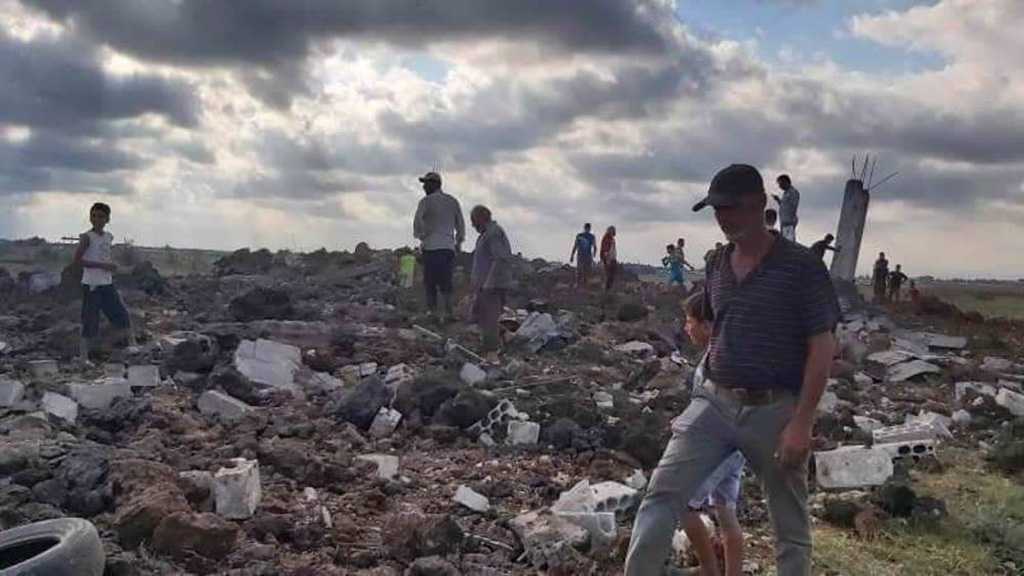 Meanwhile, a military source said that Syrian air defenses were able to bring down most of the missiles fired by “Israeli” warplanes from the direction of Lebanon's northern city of Tripoli, according to Syria’s official news agency SANA.

The strike “led to the injury of two civilians, including a woman, and some material damage,” the source said.

The development came less than a month after the “Israeli” military aircraft carried out an air aggression from the direction of the occupied Golan Heights, targeting some points south of the Syrian capital city of Damascus.

SANA reported that Syrian air defenses brought down most of “Israeli” projectiles during the June 10 attack. The strike caused one civilian injury as well as material damages.

Syria has been gripped by foreign-backed militancy since March 2011. The Syrian government says the “Israeli” regime and its Western and regional allies are aiding Wahhabi terrorist groups that are wreaking havoc in the country.

The Tel Aviv regime mostly keeps quiet about its attacks on Syrian territories which many view as knee-jerk reaction to Syrian government’s increasing success in confronting terrorism.

The entity has been a main supporter of terrorist groups that have opposed the government of President Bashar al-Assad since foreign-backed militancy erupted in Syria.