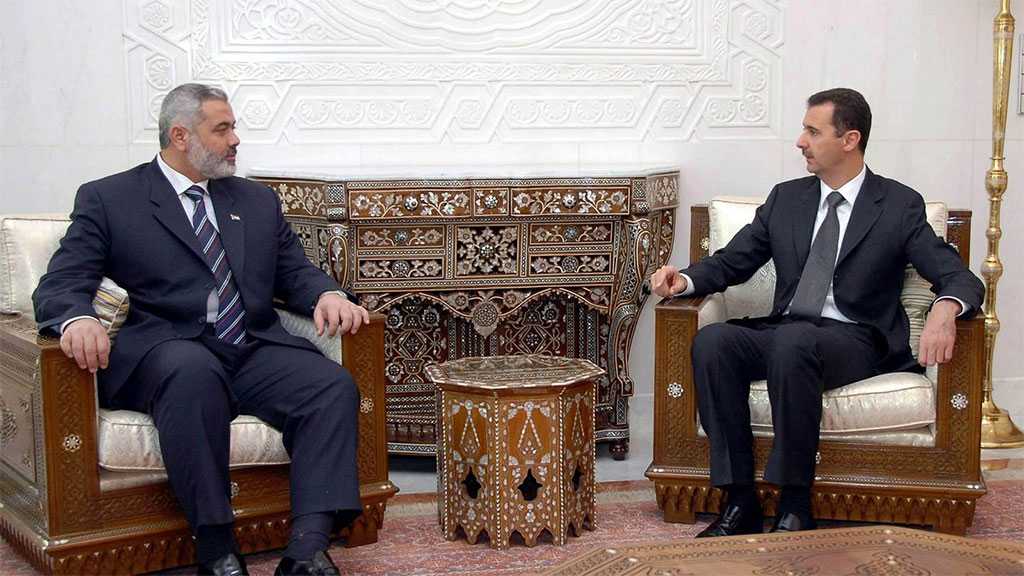 A recent report that Hamas and Syria reestablished relations after a decade of rupture between them is a source of concern for ‘Israel,’ according to comments made by senior researcher at the ‘Institute for Counter-Terrorism’ in Herzliya, Michael Barak, to the Jewish News Syndicate.

According to Barak, the reports of a new breakthrough in ties between Damascus and Hamas appear credible.

"Hezbollah in Lebanon was involved in this reconciliation," he said. "The efforts led to a green light from Hamas and the Syrian regime. Why did it happen now? It took time for Hezbollah to mediate and for relations to thaw."

"This is a source of concern for ‘Israel’ because we know that Hamas is building up its presence in the north of Lebanon. If Hamas opens a headquarters in Syria, it can start building capabilities in Syria, too," cautioned Barak.

Looking ahead, Barak posited a scenario in which Hamas could act as the arrowhead of Palestinian resistance groups in Syria with the blessing of Hezbollah and Iran.

On June 23, Hamas' Political Bureau Head Ismail Haniya met with Hezbollah Secretary-General His Eminence Sayyed Hassan Nasrallah in Beirut in their first meeting in a year.

The two resistance leaders discussed the anti-‘Israel’ Axis of Resistance.

Also in Beirut recently, Hezbollah has held a series of meetings with other Palestinian resistance factions.

"The goal is to find a way to unite ranks and to discuss how to strengthen the Palestinian 'bloc' in the resistance axis," Barak said.

"Hamas is trying to create a command and control mechanism with other Palestinian factions in Lebanon so that it can operate in a more efficient manner from Lebanon, and now, Syria's door is open, too. This is a force multiplier," he stated.