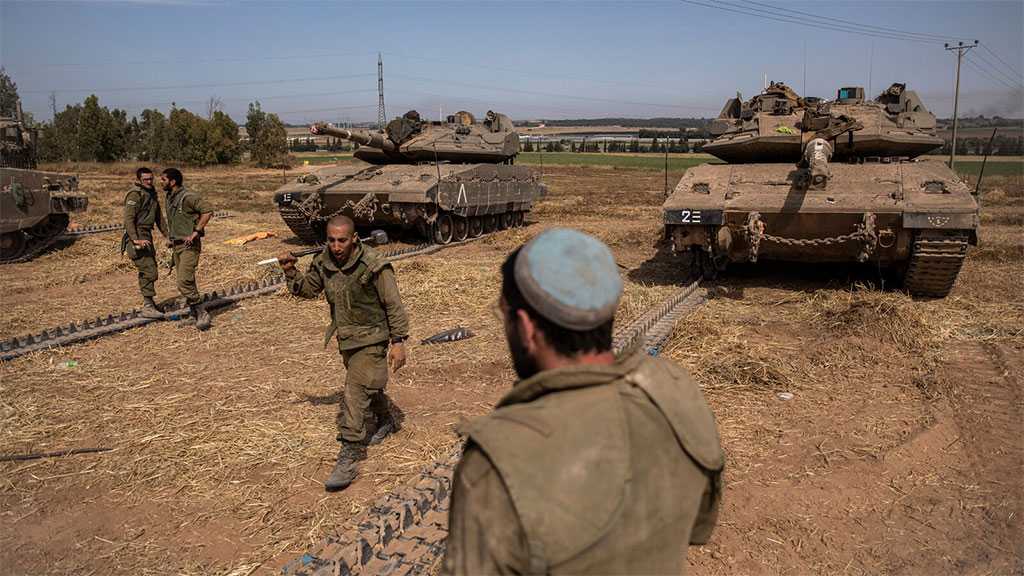 ‘Israeli’ journalist Amir Bohbot said in a report published by Walla! news that high-level intelligence figures in the Zionist establishment have been warning in the past week that the enemies of ‘Israel’ will take advantage of what is going on in different arenas to start provoking the situation along the border, including the military operations “they refrained from carrying out until the moment.”

The estimation was based on the ongoing political tension within the Zionist entity and the normal sensitivity of the issue of the ‘Israeli’ regime’s transitional government.

The ‘Israeli’ intelligence estimations also mentioned that Hezbollah might flare up the situation along the border amid the confrontation regarding the maritime borders and the attacks attributed to the ‘Israeli’ Air Force against weapons shipments in Syria, according to Bohbot.

The ‘Israeli’ military correspondent further stated that “in certain scenarios, Hamas might unleash the Islamic Jihad’s desire to perform military operations against the Zionist regime. More than any other side, Bohbot says, the Iranians are also looking for a reprisal for the assassinations of the high-level Iranian figures that were attributed to the ‘Israeli’ Mossad.

The Tel Aviv regime’s intelligence establishment estimated that the enemies of ‘Israel’ believe that the transitional government might dare to start a direct confrontation or fighting days in response to a tension along the border of a ‘terrorist’ attach inside the occupied territories. Hence, ‘Israeli’ security sources suggested in close conversations that the ‘Israeli’ occupation military is preparing for every possible scenario.

Bohbot also said that the ‘Israeli’ military chief of staff’s warnings about developing the ‘Israeli’ army’s capabilities in the past years, especially on the northern front, are based on field information. Nevertheless, according to Zionist security estimations, it is highly likely that ahead of US President Joe Biden’s visit to the ‘Israeli’-occupied territories, Lebanon and the ‘Israeli’ entity might reach a US-mediated agreement on the maritime border line within two weeks.