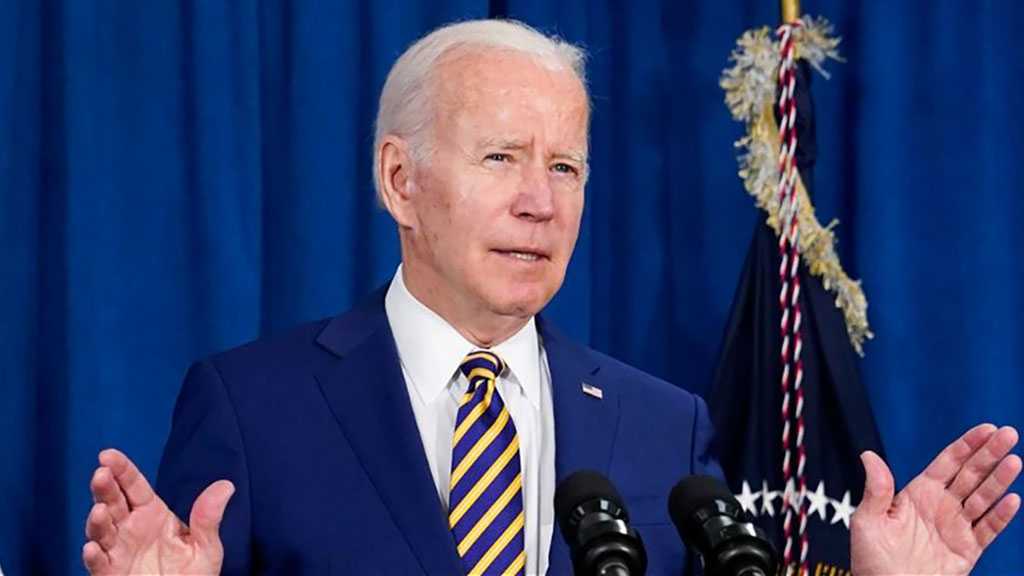 The goal behind US President Joe Biden’s upcoming visit to the Middle East is to further integrate the Zionist occupation regime into the region.

“I am, as I said, going to ‘Israel’ to meet with ‘Israeli’ leaders to affirm the unbreakable bond ‘Israel’ and the United States have,” Biden said when asked about the trip during a news conference in Madrid.

“And part of the purpose is — the trip to the Middle East — is to deepen ‘Israel’s’ integration in the region, which I think we’re going to be able to do and which is good — good for ‘Israeli’ security,” he added.

That goal of integration is “why ‘Israel’ leaders have come out so strongly for my going to Saudi,” Biden stated.

The Zionist occupation leaders encouraged Biden to visit Saudi Arabia, despite the president’s past call for it to be a “pariah” because of the assassination of journalist Jamal Khashoggi.

Biden is set to visit the ‘Israeli’-occupied Palestinian territories on July 13-14, and continue from there to Jeddah for a meeting of the Gulf Cooperation Council the following day.

‘Israel’ and the Gulf States “have real concerns about what’s going on in Iran and other places in terms of their security,” he went on to claim.

Biden pushed back against an assertion that the trip was about asking Saudi Arabia to increase oil production, in light of the rising price of gas in the US.

He said that he does not have a planned meeting specifically with the Saudi king or crown prince, but that they will be part of the larger GCC meeting. Biden said he plans to ask all Gulf States to increase oil production, not just the Saudis.