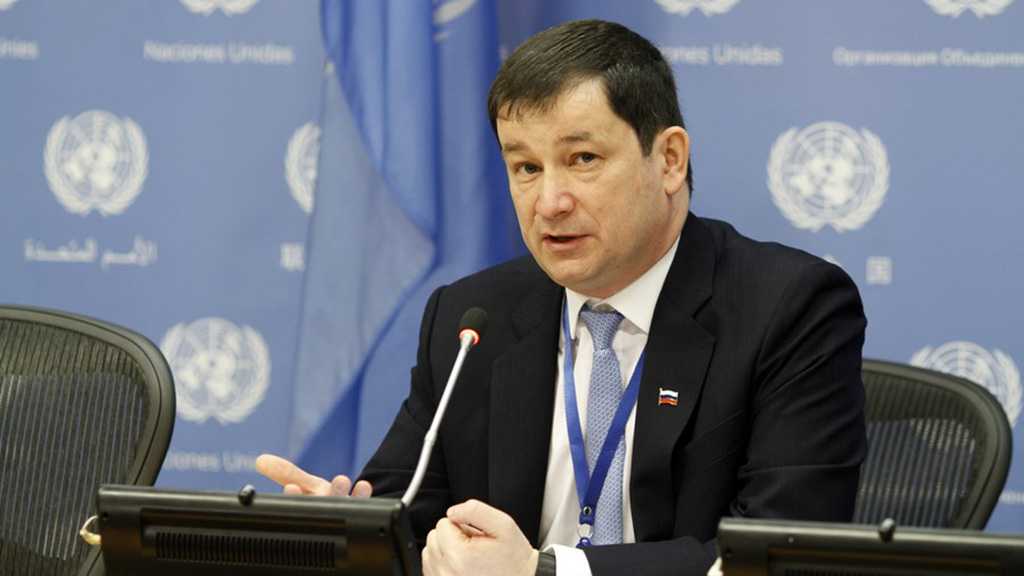 Moscow does not recognize the “Israeli” regime’s attempts to impose its sovereignty over the occupied Golan Heights as the territories are part of Syria, says First Deputy Permanent Representative of Russia to the United Nations Dmitriy Polyanskiy.

Speaking at a UN Security Council meeting in New York on Monday, Polyansky said Tel Aviv has announced plans for expanding settlement activity in the occupied Golan Heights and double the number of settlers there by 2026.

He underscored that Russia does not recognize the “Israeli” entity’s sovereignty over the occupied Golan Heights.

Polyanskiy noted that repeated “Israeli” acts of aggression on Syrian territories, the latest of which was on Damascus International Airport, in addition to the regime’s crimes and violations against Palestinians, have all been carried out with the approval of the United States.

He also denounced the international community’s silence on the systematic violations of Palestinian rights as a clear example of double standards exercised by Western countries over human rights issues.

In 1967, the “Israeli” entity waged a full-scale war against Arab territories, during which it occupied a large swathe of Golan and annexed it four years later – a move never recognized by the international community.

In 1973, another war broke out and a year later a UN-brokered ceasefire came into force, according to which Tel Aviv and Damascus agreed to create a buffer zone in Golan. However, Israel has over the past several decades-built dozens of illegal settlements in Golan in defiance of international calls to stop its illegal construction activities.

In a unilateral move rejected by the international community in 2019, former US president Donald Trump signed a decree recognizing Israeli “sovereignty” over Golan.

Nevertheless, Syria has repeatedly reaffirmed its sovereignty over Golan, saying the territory must be completely restored to its control.

The United Nations has also time and again emphasized Syria’s sovereignty over the territory.