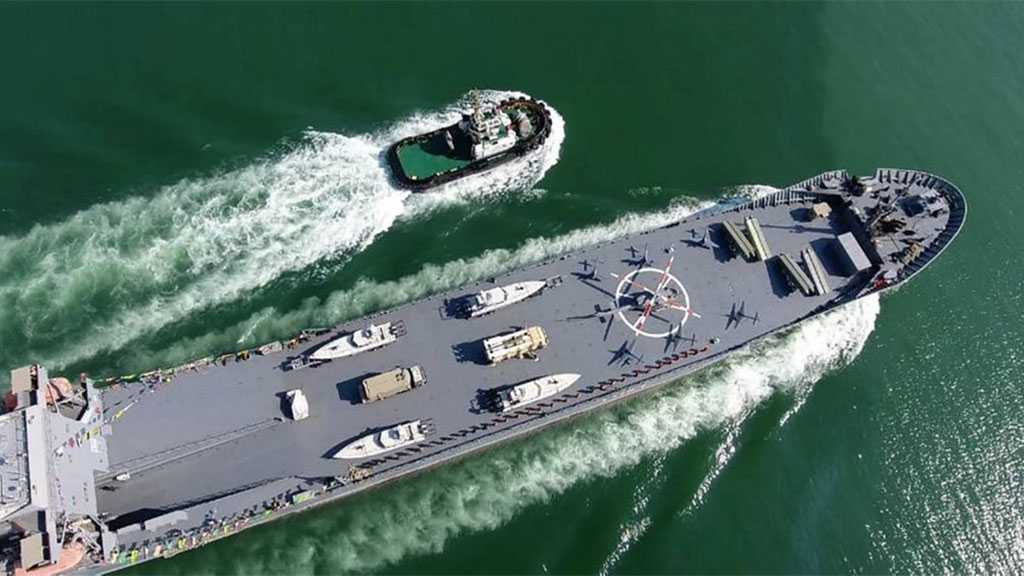 Commander of Iran’s Islamic Revolution Guard [IRG] Navy Rear Admiral Alireza Tangsiri announced that in near future, the 'Haj Qassem Soleimani' ship will join the IRG navy with the ability to carry helicopters.

Referring to the two Iranian oil tankers seized by Greece, Rear Admiral Tangsiri said, "Earlier, the Greeks took our tanker to the shores of this country and emptied its oil, and the court ordered its confiscation."

Praising the support of Leader of the Islamic Revolution His Eminence Imam Sayyed Ali Khamenei over confiscating the Greek tankers in the Persian Gulf, Admiral Tangsiri added that Iran's navy, in unfavorable weather conditions and with a wind speed of 27 knots, seized the two tankers at one time but in two different geographies in Bushehr and Hormozgan.

"We have strategic islands in the Persian Gulf that are as unsinkable as an aircraft carrier," the commander also noted.

Describing the knowledge-based maritime economy as another factor of the IRG's authority, Rear Admiral Tangsiri said, "Today, IRG high-speed boats are built at 70 to 90 knots [130 to 170 kilometers per hour]."

The commander also said that the IRG is responsible for securing the Strait of Hormuz, noting that "There are trans-regional aliens in the Persian Gulf, but their presence is small because they have no roots in the region."