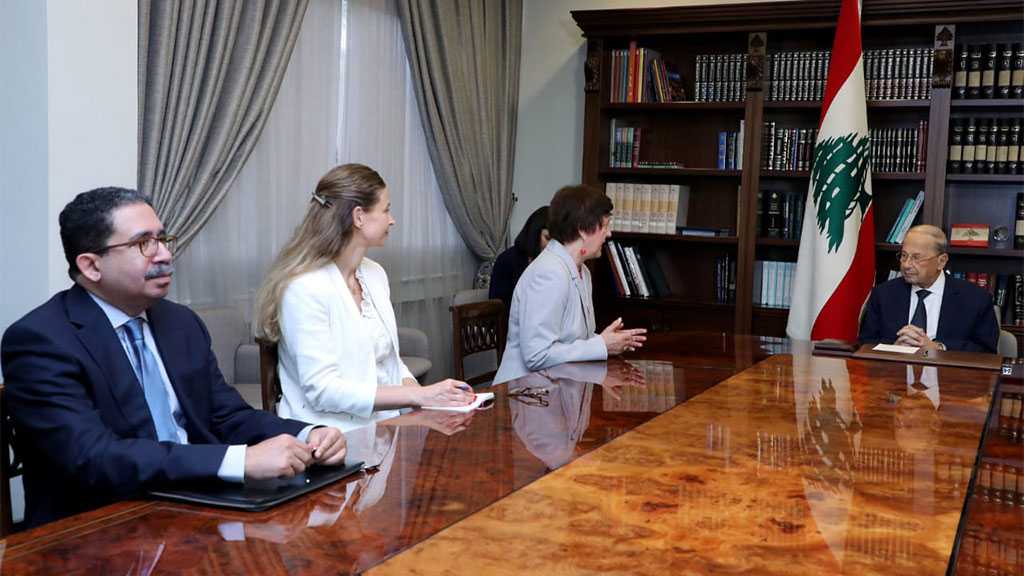 Lebanese President Michel Aoun underlined that Lebanon rejects all threats of the ‘Israeli’ enemy, which behaves against the international laws and resolutions.

Aoun insisted that Lebanon won’t forgo its right to invest in its oil and gas wealth.

The Lebanese president made the remarks during a meeting with the United Nations Special Coordinator in Lebanon, Joanna Wronecka on Monday at Baabda Palace.

Aoun revealed that the Lebanese side will inform the American mediator to the indirect negotiations to demarcate the southern maritime borders, Amos Hochstein, of the unified Lebanese position regarding the proposals to resume these negotiations, which preserve Lebanon’s rights.

For her part, Wronecka indicated that the UN is ready to contribute to everything that would move the indirect negotiations to demarcate the southern maritime borders, praising Aoun’s wisdom and his role in this delicate stage in Lebanon’s history.

Tensions have been high ever since Energean’s new FPSO, which was specially constructed for the Karish field off the ‘Israeli’-occupied Lebanese-Palestinian borders, crossed the Suez Canal while on its way from a shipyard in Singapore to waters off the ‘Israeli’ occupation entity.

In a social media update last week, Suez Canal Authority informed that the FPSO vessel had crossed the canal. The FPSO was directed and towed by four vessels belonging to the canal authority.

Energean previously said that, from sail-away to first gas, it expects four to five months to pass, with the remaining operations including tow, hook-up, and commissioning of the vessel. The final commissioning work will be performed offshore upon arrival in the ‘Israeli’-occupied waters.