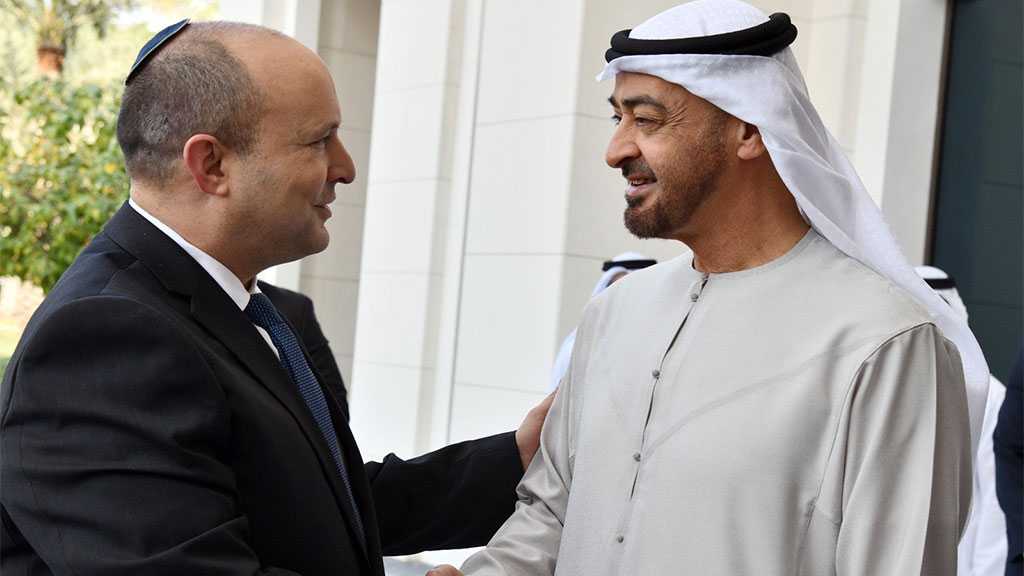 The Zionist entity’s Prime Minister Naftali Bennett arrived in the UAE on Thursday for talks with President Mohamed bin Zayed Al Nahyan and other senior officials.

“Today we will build another level onto the special bond forming between our ‘nations’, for the security and prosperity of both peoples,” Bennett claimed.

“This is a significant resolution that exposes Iran's true face,” Bennett said after the vote.

Bennett told the Knesset Foreign Affairs and War Committee on Tuesday, that his government's strategy on Iran has changed.

“The days of Iran having immunity when it strikes against ‘Israel’ and spreads its ‘terrorism’ via proxies, are gone. We are operating everywhere and all the time, and will continue to do so,” he said.