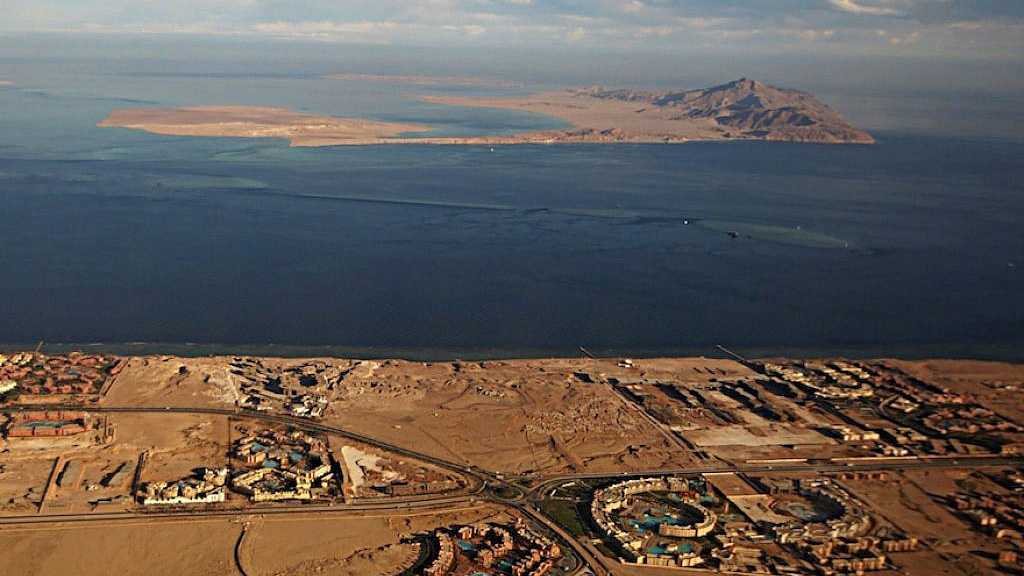 The “Israeli” entity is set to agree to new security arrangements allowing Egypt to transfer control of two islands in the Straits of Tiran to Saudi Arabia, US President Joe Biden is expected to announce on his trip to the region at the end of the month.

There is currently a multinational force on the islands of Tiran and Sanafir, which Saudi Arabia does not want there once they control the islands.

Under a soon-to-be-announced deal, the entity will agree to have the forces stationed on what will remain Egyptian soil, several kilometers away.

In return, Saudi Arabia will allow “Israeli” airlines to fly over its airspace. Currently, only “Israeli” flights to the United Arab Emirates and Bahrain can fly over Saudi Arabia, as well as Air India flights to and from the “Israeli” entity.

The multinational force has patrolled the islands, strategically located at the opening of the Red Sea and the only shipping route to Eilat, since the entity and Egypt signed a “peace” treaty in 1979. That condition came about because former Egyptian president Gamal Abdel Nasser blocked the Straits of Tiran in the lead-up to the 1967 Six Day War.

Saudi Arabia had originally given Egypt control of the islands in the 1950s, and Egypt agreed to return them in recent years. The “Israeli” entity also agreed, in principle, in 2016, but alternate security arrangements were not finalized.

The Biden administration has been working to bring about an agreement between the sides, as first reported in Axios last month.

No public meeting between “Israeli” and Saudi officials is planned to announce the agreement, but Biden will present it as his administration’s achievement during his trip to the region, which is expected to include al-Quds [Jerusalem] and Riyadh.

While not denying the negotiations, Saudi Foreign Minister Prince Faisal bin Farhan made clear that diplomatic relations with the entity are not on the immediate horizon.

“We have always seen normalization as the end result for a path” to peace with the Palestinians, bin Farhan said at the World Economic Forum in Davos this week.

Similarly, the entity’s so-called Foreign Minister Yair Lapid told the Jerusalem Post Magazine, in an interview to be published on Friday, that normalization with Saudi Arabia will “happen with baby steps.”

US Secretary of State Antony Blinken said at a Foreign Affairs magazine event this week that “Saudi Arabia is a critical partner to us in dealing with extremism in the region, in dealing with the challenges posed by Iran, and also I hope in continuing the process of building relationships between ‘Israel’ and its neighbors both near and further away through the continuation, the expansion, of the ‘Abraham Accords’.”