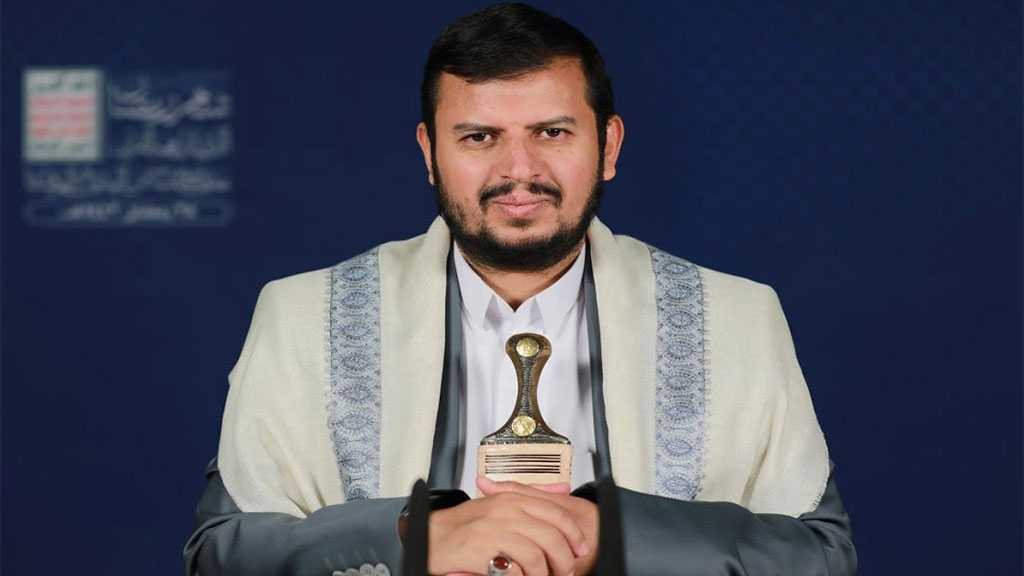 "The Jewish-Zionist threat is a threat to all Muslims, that targets the sanctities of the nation," Sayyed al-Houthi said.

The desecration, incursions and attacks are carried out with the aim of demolishing al-Aqsa Mosque, he added.

“With all earnestness, we announce that we are part of the equation stated by [Hezbollah Secretary General His Eminence] Sayyed Hassan Nasrallah and that we will be ready to fight for the sake of God," he said.

Sayyed al-Houthi said the goal of the Americans and the ‘Israelis’ is complete and direct control over the wealth and destiny of the Islamic Ummah.

Pointing to the Saudi aggression in Yemen, the Ansarullah leader said the invasion of Yemen is within the framework of empowering and strengthening ‘Israel’ and removing any hurdle and challenge to the regime.

“The ‘Israeli’ enemy encouraged fools and hypocrites to invade Yemen to pay the price, no matter what,” Sayyed al-Houthi said, referring to Saudi Arabia and the war coalition against Yemen. “The Saudi and Emirati media operate similar to the ‘Israeli’ media, although in different languages.”

The Ansarullah leader also said the world is on the brink of a food crisis due to US, ‘Israeli’ and Western conspiracies which, he said, are "preparing to block the export of some countries to the Islamic world in order to create a food crisis.”