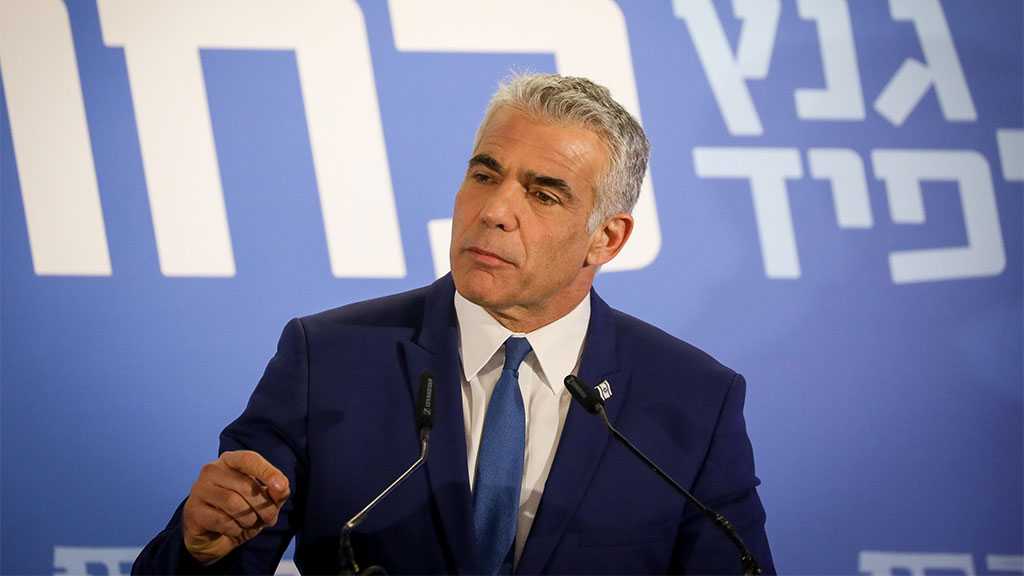 The Tel Aviv occupation regime is coordinating with the United States and Gulf nations on a process to normalize its ties with Saudi Arabia, Zionist Foreign Minister Yair Lapid confessed Monday.

“We believe that it is possible to have a normalization process with Saudi Arabia. It’s in our interest,” Lapid boasted in remarks to ‘Israeli’ Army Radio.

“We’ve already said that this is the next step after the ‘Abraham Accords,’ to talk about a long and careful process,” he added, referring to the 2020 US-backed normalization deals the ‘Israeli’ occupation entity reached with the United Arab Emirates, Bahrain and Morocco.

“We’re working with the US and the Gulf states on this.”

Despite the fact the Saudi Arabia didn’t announce having official diplomatic ties with the ‘Israeli’ occupation entity yet, covert ties have warmed in recent years. Saudi crown prince Mohammad bin Salman reportedly sees the Tel Aviv regime as a strategic partner in the fight against Iranian influence in the region.

Lapid warned that the process of normalization with Saudi Arabia would be a lengthy one with progress coming in small steps, stressing that both sides have security interests at stake.

“This won’t happen the same way it did last time,” Lapid said in reference to the surprising and rapid nature in which the 2020 normalization deals were announced. “We won’t wake up one morning suddenly and it will be a surprise.”

“It could be that three foreign ministers after me, someone will be standing on the podium and will celebrate this,” Lapid explained the scenario.

His comments came as Saudi Arabia hosted dozens of ‘Israeli’ tech entrepreneurs and businesspeople recently for advanced talks on Saudi investments in ‘Israeli’ companies and ‘Israeli’ investment funds, according to a Sunday report in the Globes business daily.

Last week, a pair of senior US officials were reportedly in Saudi Arabia for covert talks on an agreement that could boost Washington’s ties with Riyadh while also bringing the kingdom closer to normalizing relations with the Tel Aviv regime.

According to the Axios news site, the trip was part of efforts to finalize an agreement on the transfer of Egypt’s Red Sea islands of Tiran and Sanafir to Saudi Arabia.

Additionally, Riyadh hosted a senior Zionist official recently for talks on various aspects of security and other coordination, Channel 12 news reported Friday, without citing a source.

The Yedioth Ahronoth daily also reported meetings between figures from both sides, without providing any further information.

The reports come ahead of US President Joe Biden’s expected visit to the Middle East, which will include stops in both the ‘Israeli’-occupied Palestinian territories and Saudi Arabia.