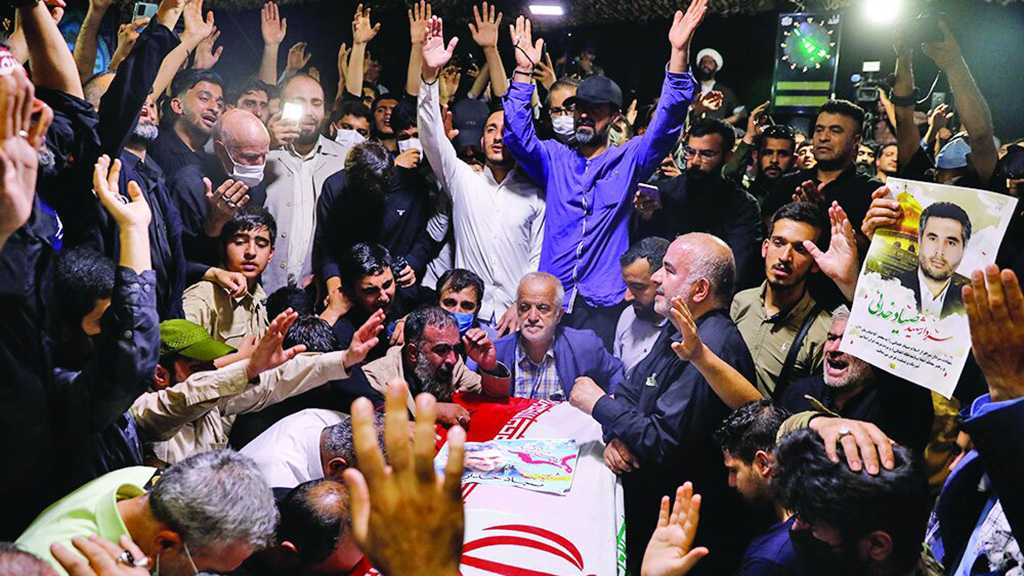 A funeral procession has been held in Tehran to pay tribute to the member of the Islamic Revolution Guards [IRG] assassinated in a terrorist attack in the Iranian capital.

The attack on Colonel Hassan Sayyad Khodaei, which claimed his life, happened in Tehran at around 4 p.m. local time [1130 GMT] on Sunday when two motorcyclists shot him five times while he was in his car, and fled the scene.

In a statement, the IRG said the assassination was carried out by “counterrevolutionary elements” adding that necessary measures have been taken to identify and arrest the assailant or assailants.

On Tuesday, crowd of people along with state and military officials took part in the procession.

A farewell ceremony was also held on Monday evening in the capital, with Iran’s first vice president, Mohammad Mokhber, in attendance.

Earlier Monday, President Ebrahim Raisi said "the global arrogance" is behind the terrorist act, vowing “definite revenge” for the blood of the martyr.

The chief commander of the IRG Major General Hossein Salami also warned that Iran will take a “harsh” revenge on those who assassinated the colonel.

Major General Mohammad Baqeri, the chairman of the Chiefs of Staff of the Iranian Armed Forces, said the assassination will not go unanswered.

On Monday, the Islamic Jihad movement in the besieged Gaza Strip said the assassination of Col. Khodaei is reminiscent of what happened to Palestinian resistance leader Fathi Shaqaqi, who was fatally shot six times on October 26, 1995 in front of the Diplomat Hotel in Malta’s northeastern coastal town of Sliema by a hit team composed of two agents working for the “Israeli” Mossad spy agency.

The statement sad terrorist attacks against the Muslim Ummah prove the criminal nature of the Tel Aviv regime and its allies as the sworn and worst enemies of Muslims.

Ali Bagheri Kani, Iran’s Deputy Foreign Minister, condemned in a post on his Twitter handle the assassination of Col. Khodaei, saying the Islamic Republic will use all its international capacities to bring the assassins to justice.