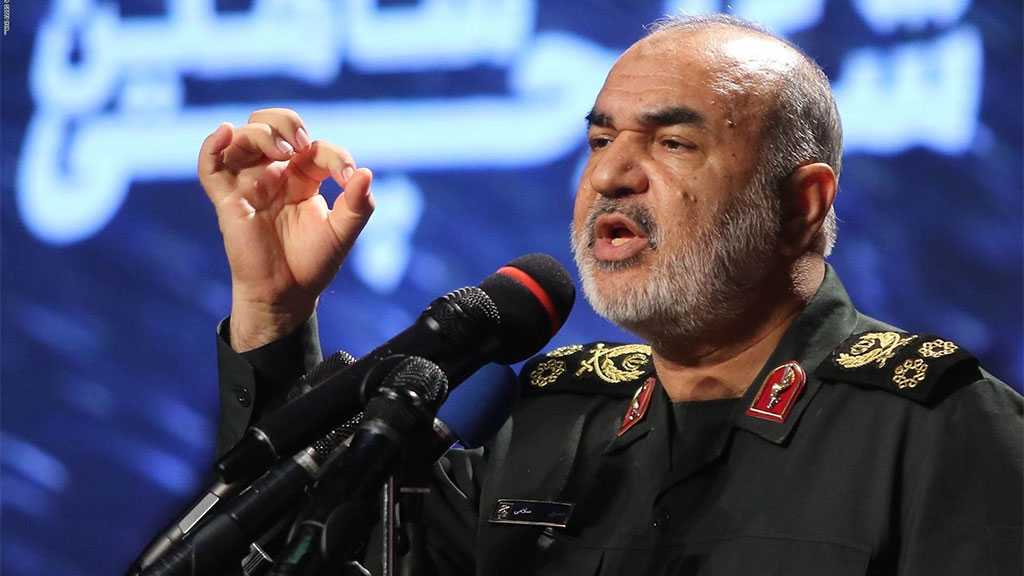 Chief Commander of the Islamic Revolution Guard [IRG], Major General Hossein Salami, warned that Iran will take a “harsh” revenge on those who assassinated a member of the force in Tehran on Sunday.

"Our reactions will be harsh and we will definitely make the enemy regret" its action, Major General Salami warned in a ceremony in the southwestern Iranian city of Khorramshahr on Monday.

Colonel Hassan Sayyad Khodaei was assassinated by two motorcyclists who shot him five times before fleeing the scene on Sunday. He was dismounting his car to enter his home in an eastern neighborhood of the Iranian capital when three bullets hit him in the head and two bullets in the hand.

“Everyone knows that the Iranian nation and the Islamic Revolution Guard will avenge the blood of all their loved ones,” General Salami said.

“Revenge for the blood of these loved ones will be harsh and revenge for his blood will be taken. No evil act of the enemy will go unanswered and we will freeze the enemy in his aspirations.”

The IRG issued a statement soon after the assassination, saying that its former member was assassinated in a terrorist attack by counterrevolutionary elements.

The statement condoled with the family of martyr Sayyad Khodaei, adding that necessary measures have been taken to identify and arrest the assailant or assailants.

Major General Mohammad Hossein Baqeri, the chairman of the Chiefs of Staff of the Iranian Armed Forces, also said the assassination will not go unanswered.

“The assassination of this great martyr is a sign of the despicability and humiliation of the false claimants of human rights, and their desperate efforts to cover up their disgraceful defeats against the Resistance Front,” Baqeri noted.

Additionally, Iran’s Deputy Foreign Minister Ali Baqeri Kani condemned in a post on his Twitter account the assassination of Sayyad Khodaei, saying the Islamic Republic will use all its international capacities to bring the assassins to justice.

Earlier Monday, Iranian President Sayyed Ebrahim Raisi said "the global arrogance" is behind the terrorist act, vowing “definite revenge” for the blood of the martyr.

Raisi called on Iran's judicial authorities to seriously follow up on the assassination, underlining that revenge is certain against those who perpetrated the criminal act.