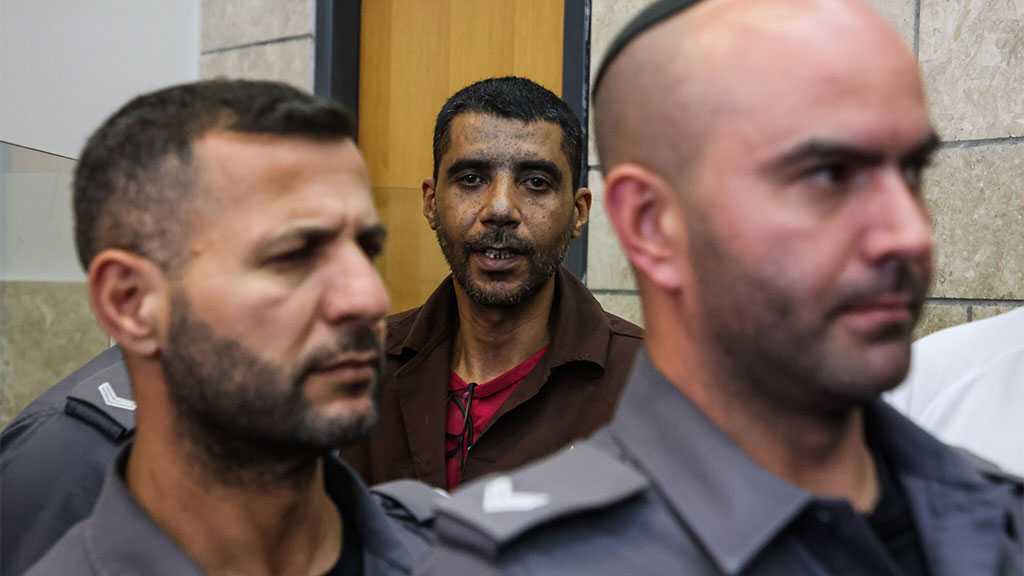 An ‘Israeli’ court sentenced the six Palestinians heroes who managed to stage a dramatic escape from a maximum-security ‘Israeli’ prison last year, to five years in jail in addition of the life sentences they were already serving.

The additional sentence was issued on Sunday for the Palestinians, who escaped the ‘Israeli’ occupation regime’s Gilbao Prison on September 6.

The escapees have earned “hero” status among their fellow Palestinians for managing to dig their way out of their shared cell using kitchen utensils such as spoons, plates, and even the handle of a kettle.

They then managed to slip past a sleeping prison guard after emerging through a hole outside the prison facility, which had taken them months to burrow.

Their escape triggered a massive manhunt by ‘Israeli’ military reinforcements and drones before their capture two weeks later.

"My client told the court he did not regret the escape because he had nothing to lose," lawyer Raslan Mahajana cited one of the escapees as saying.

The judge ruling on the case said the sentencing had taken into account the fact that the prison break had “paralyzed ‘Israel’ for days.”

Five other inmates charged with assisting the men to escape were also sentenced to an additional four years in jail.