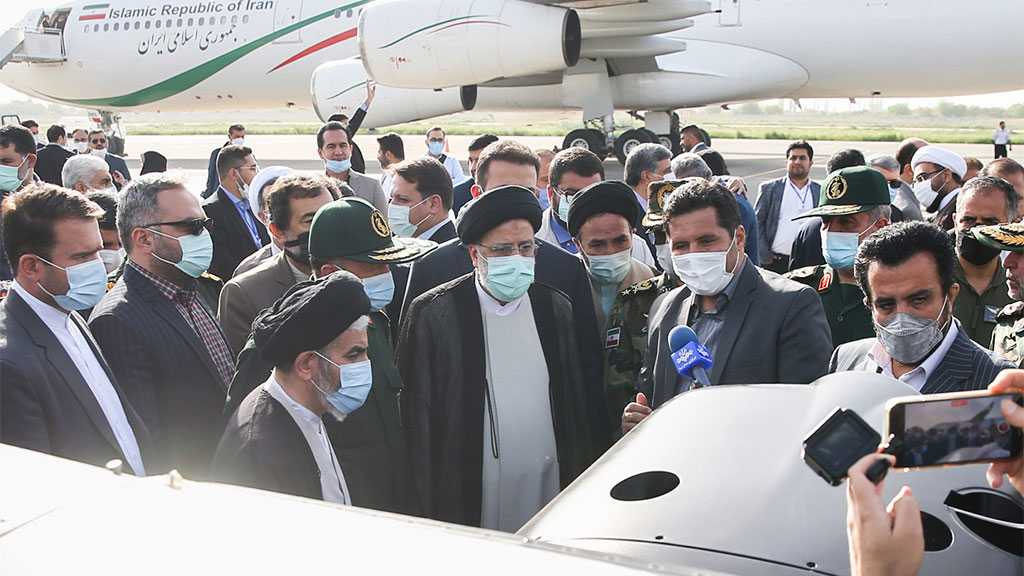 Upon his arrival at Shahid Bakeri International Airport, Raisi unveiled Orum SAT, which has been built at Roshd [Growth] Center of the Islamic Revolution Guard [IRG] in Urmia.

Orum SAT with the highest resolution has the capability to be placed in Earth orbit with spending 600k dollars, which is very economical in comparison to similar models made by other countries.

In his 21st provincial trip, Raisi is visiting West Azarbaijan province where he plans to discuss implementation of different projects in the northwestern province.

During the one-day visit, Raisi intends to meet people and officials in the province and travel to Mahabad city.

Some ministers and statesmen, including ministers of health, education, sports, cultural heritage and culture accompany the president in the trip.