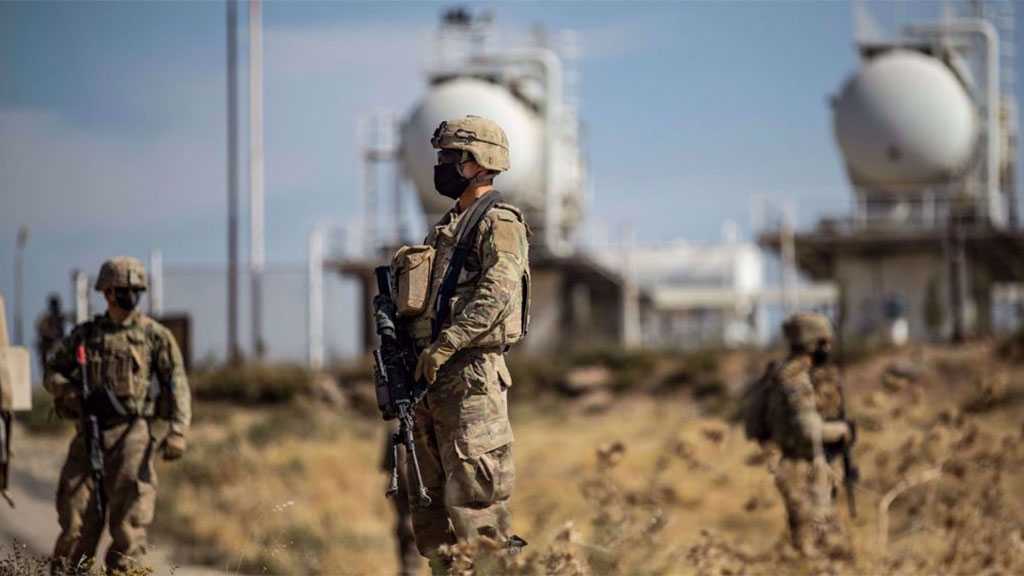 A barrage of rockets hit a military facility where US occupation forces in Syria’s oil-rich northeastern province of Hasakah are positioned, but the casualties and the extent of the damage was still unclear.

One of the rockets, they added, struck the al-Jabsa installations, where the military aircraft of the US occupation forces are stationed.

Another one hit the headquarters of the al-Jabsa Fields Directorate, which American occupation forces use to manufacture unmanned aerial vehicles for Kurdish militants from the so-called Syrian Democratic Forces [SDF].

The sources said that ambulance sirens could be heard around the base after the incident.

US military drones flew over the field after it came under the attack, and groups of SDF militants were also immediately dispatched to the town.

The development came days after a convoy of 70 US military trucks transported stolen Syrian oil from the northeastern province of Hasakah to the semi-autonomous Kurdistan region in northern Iraq.

Local sources from al-Yaarubyia, requesting anonymity, told SANA that the US military vehicles, including tankers, refrigerators, and 15 trucks carrying munitions, entered the Iraqi territories after crossing the al-Waleed border crossing on Saturday.

“The convoy was accompanied by six armored vehicles,” the locals were quoted as saying.

The US military has stationed forces and equipment in northeastern Syria, with the Pentagon claiming that the deployment is aimed at preventing the oilfields in the area from falling into the hands of Daesh [Arabic for ‘ISIS/ISIL’] terrorists.

Damascus, however, maintains the deployment is meant to plunder the country's rich mineral resources.

Former US President Donald Trump admitted on more than one occasion that American forces were in Syria for its oil.

After failing to oust the Syrian government through militant proxies and direct involvement in the conflict, the US government has stepped up its economic war on the Arab country.

In June 2020, the US enacted the so-called Caesar Act that imposed the toughest sanctions ever on Syria intending to choke off revenue sources for the government.

The sanctions have crippled the war-torn country’s economy by barring foreign companies from doing trade with Damascus.

Syria says the real purpose of the measures is to put pressure on Syrians and their livelihoods.

Officials also say the increased smuggling of strategic Syrian resources is the latest inhumane tactic using people's basic needs as a tool to mount pressure on the democratically-elected government in Damascus.