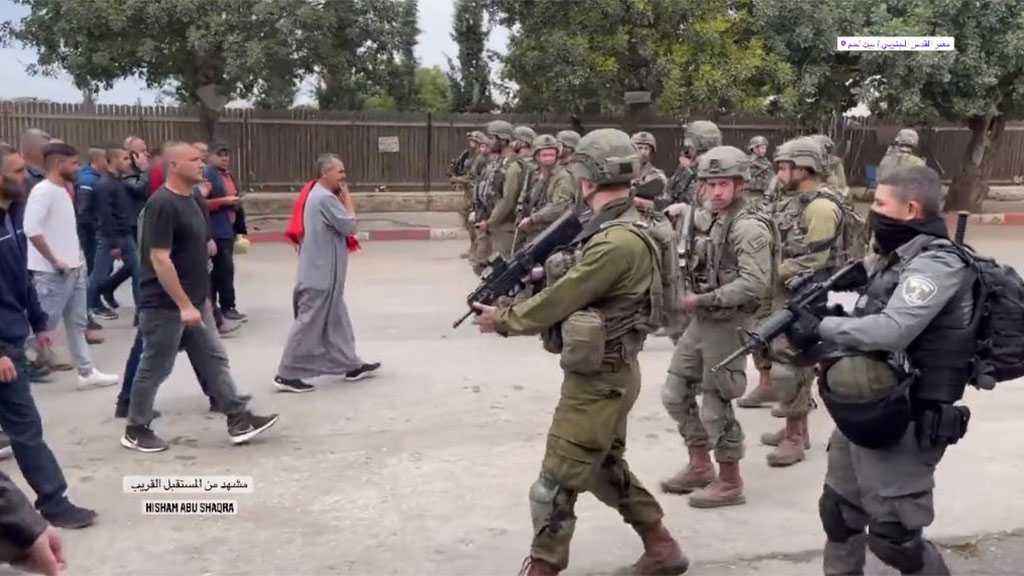 One year after Operation ‘Al-Quds Sword’, which was dubbed in the ‘Israeli’ milieus as ‘Guardian of the Walls’, and in wake of the recent Palestinian resistance operations against the ‘Israeli’ occupiers, ‘Israel’ Hayom newspaper released an opinion poll that exposed the lack of trust among the Zionists in their fate and leadership.

The poll showed that 69% of 'Israeli' settlers in the occupied territories fear for the fate of the ‘Israeli’ entity, while 67% said they believe that weapons and fines should be used to prevent riot and contacts between them and the Palestinian landowners.

As for the sense of ‘Israeli’ security and ruling, around 60% of Zionist settlers didn’t show that they trust the 'Israeli' police, with an index of lack of trust hitting 73%.

Additionally, a survey by ‘Israeli’ Channel 13 on the ‘standard of security’ showed an average of 4.24 out of 10, which means that the audience don’t feel they are secure where they are.