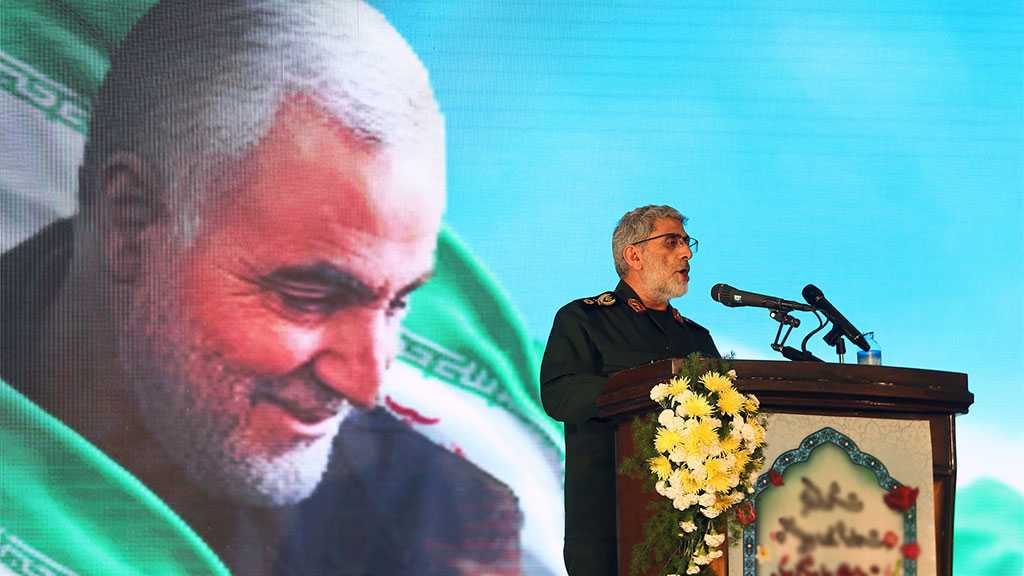 General Ghaani made the remarks during the martyrdom anniversary of his deputy, Brigadier General Mohammad Hejazi, hailing today’s Palestine which he referred to as thriving and continuing the path of its martyrs.

As the senior Iranian commander noted that the Islamic Republic is leading the confrontation with the global arrogance and Zionism, he ridiculed the Zionist entity, which is constructing steel walls in assumption that the resistance won’t surprise it through tunnels.

Ghaani hailed the Palestinian resistance fighters who are carrying out all kinds of heroic operations in the heart of the occupied territories, voicing Iran’s willingness to support the resistance and any side that confronts the Zionist entity.

As the Quds Force commander saluted Palestinian martyr Raad Hazem “who wandered for several hours inside the Zionist entity before carrying his heroic operation at the appointed hour,” he belittled the “Israeli” occupation establishment that was unable to confront him.

“Today, the resistance, led by Iran, has expanded all over the world, and is now ready to defend all the oppressed people,” Ghaani underscored, stating also that “Today, Leader of the Islamic Revolution His Eminence Imam Sayyed Ali Khamenei supports the fighters of the Resistance Front, wherever they happen to be.”

“Palestine is still free and its heroes are implanting horror in the souls of the Zionists,” Ghaani asserted, wondering how the Zionists would want to frighten the Islamic Republic when a young Palestinian hero managed to terrify them

While announcing that the Zionist entity has been powerless, Ghaani said the ‘Israeli’ regime now fears and avoids the heroes of the Lebanese resistance [Hezbollah] led by His Eminence Sayyed Hassan Nasrallah.

Elsewhere in his remarks, the IRG Quds Force commander warned that in the event that any Iranian interest in any region of the world is threatened, the Islamic Republic will respond fiercely, the same way it acted when targeting the Mossad headquarter in Iraq’s Erbil.

When we targeted the Mossad headquarters in Erbil, several sides contacted us admitting that the targeted center was indeed affiliated with the ‘Israeli’ spy agency, Ghaani explained.

With respect to the Yemeni issue, General Ghaani made clear that the Yemenis today are manufacturing various types of long-range missiles, adding that they manufacture their weapons underground and inside tunnels.

He then advised the Saudi leaders to learn that they gained nothing during the 8 years of their aggression on Yemen.

With respect to the immortal path of former Quds Force commander martyr Lieutenant General Qassem Soleimani, Ghaani said that one can witness that the resistance front continues its path even after martyr Soleimani’s assassination.

“With the blessings of the martyrs’ blood, the day of Al-Quds’ liberation won’t be far reached,” he concluded. 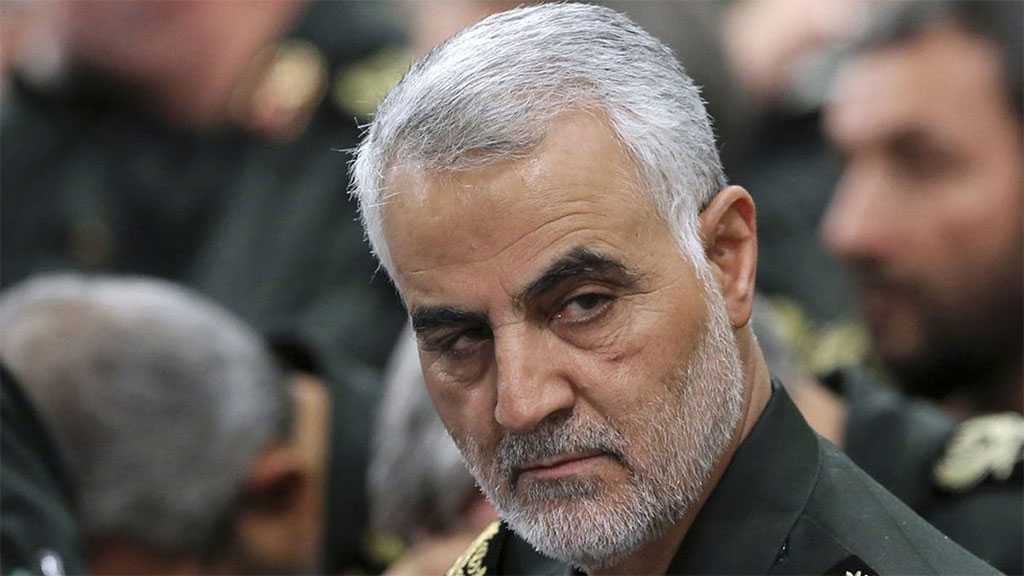 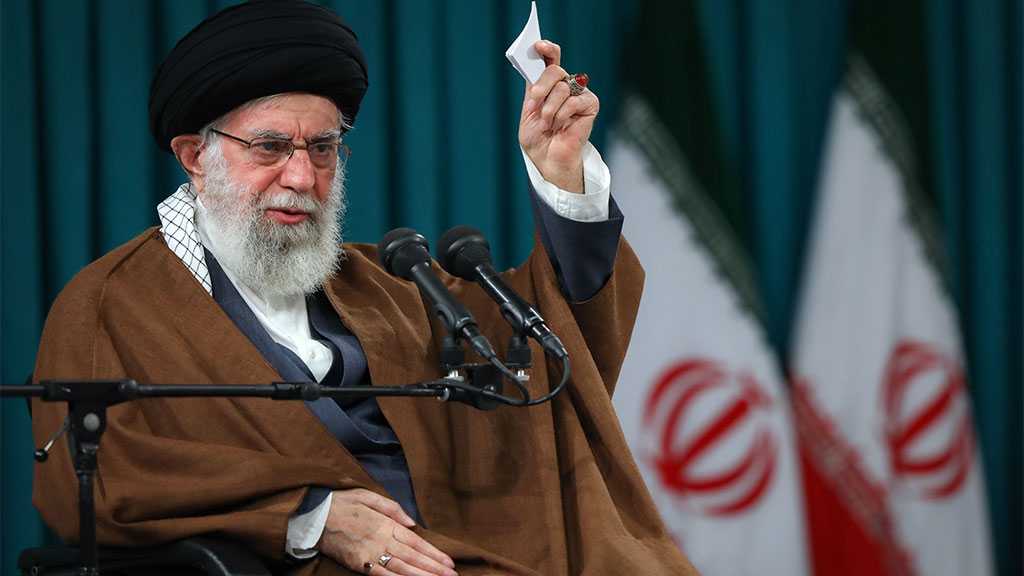 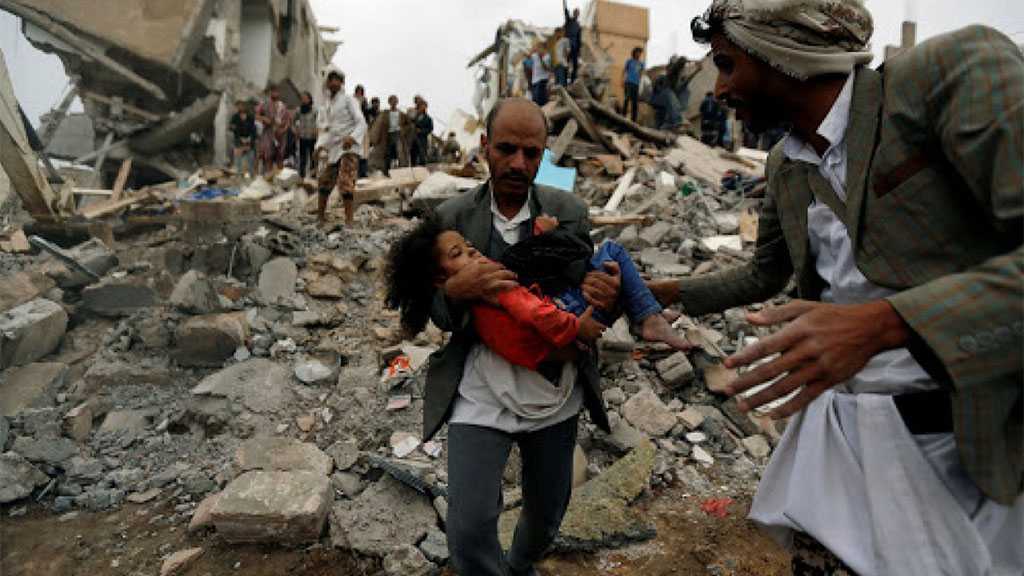